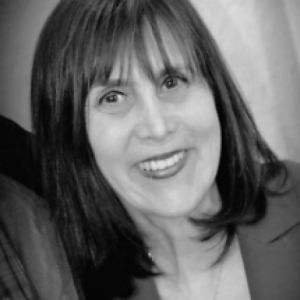 
An expert in literacy education and technology in education.

Shelley B. Wepner is Dean and Professor of Education in the School of Education. She was a K-12 teacher and administrator for nine years in three school districts in New Jersey before becoming a faculty member and administrator in higher education. She was a faculty member and administrator at William Paterson University in Wayne, New Jersey, and Widener University in Chester, Pennsylvania. Shelley has taught undergraduate and graduate courses in literacy education and technology in education, and has served as a supervisor of student teachers. She served as editor of The Reading Instruction Journal of the New Jersey Reading Association, column editor for The Reading Teacher of the International Reading Association, and chairperson of the Technology and Teacher Education Committee of the American Association of Colleges for Teacher Education. She has published over 150 articles, books, book chapters, and award-winning software packages, focused on K-12 education and higher education connections and leadership skills in teacher education and literacy development. Her most recent coauthored book, Entrepreneurial Leadership: Strategies for Creating and Sustaining Partnerships for K-12 Schools, is in production with Rowman and Littlefield. She coedited Challenges Facing Suburban Schools: Promising Responses to Changing Student Populations (Rowman & Littlefield, 2017). She coauthored with School of Education colleagues Literacy Leadership in Changing Schools: Ten Keys for Successful Professional Development (Teachers College Press, 2016) and Changing Suburbs, Changing Students: Helping School Leaders Face the Challenges (Corwin, 2012), focused on the School of Education's signature Community outreach program, the Changing Suburbs Institute®. She coedited The Administration and Supervision of Reading Programs, 5th edition (Teachers College Press, 2014), as well as all prior editions. Shelley and her dean colleagues were awarded the Jerome L. Neuner Award for Excellence in Professional-Scholarly Publication from the American Association of University Administrators for their publication of “Education Deans’ Beliefs about Essential Ways of Thinking, Being, and Acting: A National Survey.” She currently is working on a national study related to longevity in the education deanship. In May 2019, Shelley received the University of Pennsylvania Graduate School of Education 2019 Educator of the Year Award.

Educator of the Year

“We consider ourselves partners with school districts and other agencies within the region,” said Shelley Wepner, dean of the school of education at Manhattanville. “We feel that we’re all in this together and we want to do as much as possible to make sure that all of us are as aware as possible so that we can do what’s best by our children.”

Partnerships and the “X” factor

What ways of thinking, being, and acting do education deans regard as most important? A Follow-Up National Survey

What ways of thinking, being, and acting do education deans regard as most important? A National Survey

Roundtable at the Annual Meeting of the American Association of Teacher Education, February, 2016  Las Vegas, NV

Rose Institute in Learning and Literacy with Reading Reform Foundation

Excelsior: Leadership in Teaching and Learning

2018 This study investigated the roles and responsibilities of University-Based Administrators (UBAs) in relation to their oversight of Professional Development Schools PDSs. UBAs refer to college administrators such as department chairs, program coordinators, directors, assistant deans, associate deans, and deans. The participants were 36 UBAs ranging from mid-level administrators to faculty chairpersons. They represented universities of various sizes and Carnegie classifications from across the United States. The UBAs responded through email or by telephone to nine semi-structured interview questions related to their PDS work. The majority of UBAs were tenure-track or clinical faculty, who spent less than 50% of their time on PDS work. Forty-six percent of the UBAs’ Institutions of Higher Education (IHEs) partnered with between one to ten PDSs. The majority of the IHEs had been doing PDS work for 11-19 years. Findings revealed significant variation in UBA’s roles and responsibilities. There is no standardized leadership title, set of responsibilities or qualifications, or structure for the oversight of PDS activities and networks. Three major administrative responsibilities related to PDS work emerged: personnel, programs, and documents. UBAs reported the greatest challenges were time, sustainability, resources/support.

Education deans’ beliefs about essential ways of thinking, being, and acting: A national survey

2017 Given all of these challenges, the study of the education deanship and what is perceived as contributing to success in that key role qualifies as both timely and imperative. Such research, both qualitative and quantitative, can help standing deans reflect on their own characteristics and practices and perhaps adapt them to better effect. It can also assist prospective deans in understanding what capabilities figure to be necessary in increasing their leadership effectiveness should they assume these roles.

2015 Even though we might acknowledge the important role of academic deans in directing their schools and colleges, research on their leadership characteristics does not really rise to the level of a “hot topic.” Some possible reasons for this complacency or indifference might be the revolving door syndrome in a single appointment of about five years previously identified (Gmelch et al. 1999; Robbins and Schmitt 1994), lack of formal preparation needed for serving in a dean’s role effectively, and the lack of explicit eligibility criteria for professionals assuming such a position.

The importance of academic deans’ interpersonal/negotiating skills as leaders

2014 Four academic deans investigated when and how they used interpersonal/negotiating skills to function effectively in their positions. For two full weeks, the deans coded their on-the-job interactions during scheduled meetings, informal meetings, spontaneous encounters/meetings, telephone calls, and select email. Analyses revealed that the interpersonal/negotiating skills used, from most to least prevalent, were: working closely with others, being responsive to key persons, negotiating key players' roles, and keeping key persons in the organisation informed. Across these engagements, the deans interacted with 35 different categories of stakeholders inside and outside their institutions for 32 different purposes. Given the nature and range of interactions, the deans concluded that practicing and prospective deans should likely have access to professional development opportunities explicitly focused on working closely with others. Future research would need to confirm, however, whether interpersonal/negotiating skills are essential for deans' job survival and, if so, whether such skills can authentically be developed.

Outlasting the revolving door: Resiliency in the deanship.