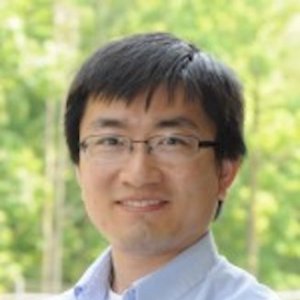 
Sheng Dai develops innovative testing techniques to study properties and processes in soils and rocks at elevated pressure and temperatures.

Sheng Dai, Ph.D., is an Assistant Professor in the School of Civil and Environmental Engineering at the Georgia Institute of Technology in Atlanta, Georgia (Georgia Tech), USA.

Flow in Porous and Fractured Media

Geothermal Energy Is a Strong Contender for the Future of Energy

As energy consumption grows, it creates a gap between energy produced and energy consumed. Scientists continue to seek new ways to fill this gap with cleaner, renewable sources. Associate Professor Sheng Dai at Georgia Tech’s College of Engineering is focused on one promising energy source from the Earth itself: geothermal energy. “I suspect that deep geothermal energy is going to make a big impact on the state of clean energy,” Dai said. “Long term, it’s more environmentally friendly and efficient. Plus, it doesn’t rely on other environmental factors. For instance, with solar energy, you’ll have low energy output if it’s overcast or dusty.”

Advances in extracting uranium from seawater announced in special issue

"Synthesizing a material that's superior at adsorbing uranium from seawater required a multi-disciplinary, multi-institutional team including chemists, computational scientists, chemical engineers, marine scientists and economists," said Sheng Dai, who has technical oversight of the ORNL uranium from seawater program. "Computational studies provided insight into chemical groups that selectively bind uranium. Thermodynamic studies provided insight into the chemistry of uranium and relevant chemical species in seawater. Kinetic studies uncovered factors that control how fast uranium in seawater binds to the adsorbent. Understanding adsorbent properties in the laboratory is key for us to develop more economical adsorbents and prepare them to grab as much uranium as possible."

2019 The use of hydrate-based technology for gas capture and storage is highly attractive for environmental mitigation, as it entails low energy penalties and provides gas storage density maximization and long-term storage stability. Although this method has been investigated in extensive researches, its development is restricted by the obscure underlying gas capture micro-mechanisms, elusive micro-structures of stored forms, and insufficient hydrate film growth rates. In this study, the Magnetic Resonance Imaging technique was employed to analyze the hydrate growth micro-processes for greenhouse gas (imitated by CO2, CH4, and various fractions of CO2-CH4 mixed gases) and volatile organic compound (simulated by C2H4 and C2H2 gases) capture and storage. The hydrate film growth was enhanced with the addition of 288 ppm sodium dodecyl sulfate (SDS), which significantly improved the hydrate growth in the cases of hydrocarbon gases, but not CO2 gas due to the competing adsorption of bicarbonate and dodecyl sulfate ions. With SDS, hydrocarbon gas hydrates grew via the patchy model at 65–105 mm/s, and 65–95% liquid water was converted into hydrates for gas capture and storage. However, only about 1.4% water was converted into CO2 hydrates with SDS, at 10.4 mm/s. Thus, a multi-pressure control mechanism for secondary hydrate growth was developed to promote CO2 capture and storage, based on a large amount of dissolved CO2 gas compared to the other investigated gases. The enhanced CO2 capture has important implications for the optimized harmful gas sequestration, due to preferentially patchy hydrate morphologies and associated impacts on permeability.

Geomechanics for Energy and the Environment

2019 The depressurization of natural hydrate deposits to produce methane gas can increase the effective stress in hydrate-bearing sediments, which may induce sand particle crushing. Sand crushing may become detrimental to gas production, because the breakage of sand particles can cause sediment contraction, reduction in permeability, and the generation of finer particles exacerbating solids migration and sand production. This study experimentally investigates particle crushing in tetrahydrofuran hydrate-bearing sands. Sandy specimens with various hydrate saturation are loaded to different stresses (up to 40 MPa) in an instrumented oedometer cell to induce sand crushing. The results show that the presence of hydrate crystals inhibits sand particle crushing. More pronounced sand crushing occurs in specimens with lower hydrate saturation and under higher maximum effective stress. Hydrate crystals can cement neighboring sand particles and constrain the particles from rotating and rearranging during loading. Relatively larger particles in hydrate-bearing sediments experience surface grinding with no significant decreases in particle sizes, and shear-off asperities of the larger particles contribute to an increase in the proportion of smaller particles. The total volumetric strain in hydrate-bearing sediments due to loading can be estimated using the known hydrate saturation and the volumetric strain of hydrate-free sediments subjected to an identical load. The changes in hydraulic conductivity due to sand particle crushing are correlated to the breakage index. The results highlight that gas production from hydrate deposits using depressurization increases the effective stress and the loss of hydrate crystals can exacerbate sand crushing.

2015 Natural hydrate-bearing sediments from the Nankai Trough, offshore Japan, were studied using the Pressure Core Characterization Tools (PCCTs) to obtain geomechanical, hydrological, electrical, and biological properties under in situ pressure, temperature, and restored effective stress conditions. Measurement results, combined with index-property data and analytical physics-based models, provide unique insight into hydrate-bearing sediments in situ. Tested cores contain some silty-sands, but are predominantly sandy- and clayey-silts. Hydrate saturations Sh range from 0.15 to 0.74, with significant concentrations in the silty-sands. Wave velocity and flexible-wall permeameter measurements on never-depressurized pressure-core sediments suggest hydrates in the coarser-grained zones, the silty-sands where Sh exceeds 0.4, contribute to soil-skeletal stability and are load-bearing. In the sandy- and clayey-silts, where Sh < 0.4, the state of effective stress and stress history are significant factors determining sediment stiffness. Controlled depressurization tests show that hydrate dissociation occurs too quickly to maintain thermodynamic equilibrium, and pressure–temperature conditions track the hydrate stability boundary in pure-water, rather than that in seawater, in spite of both the in situ pore water and the water used to maintain specimen pore pressure prior to dissociation being saline. Hydrate dissociation accompanied with fines migration caused up to 2.4% vertical strain contraction. The first-ever direct shear measurements on never-depressurized pressure-core specimens show hydrate-bearing sediments have higher sediment strength and peak friction angle than post-dissociation sediments, but the residual friction angle remains the same in both cases. Permeability measurements made before and after hydrate dissociation demonstrate that water permeability increases after dissociation, but the gain is limited by the transition from hydrate saturation before dissociation to gas saturation after dissociation. In a proof-of-concept study, sediment microbial communities were successfully extracted and stored under high-pressure, anoxic conditions. Depressurized samples of these extractions were incubated in air, where microbes exhibited temperature-dependent growth rates.