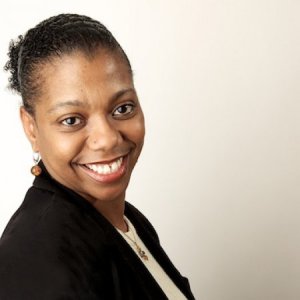 Shireen Mitchell is known for her provocative and insightful style of engaging audiences. She speaks nationally for corporations, nonprofits, government agencies, and conferences. Shireen speaks with energy and enthusiasm engaging her audience. She has an approach to social strategies for private and public sectors that is unique and practical.

Shireen has spoken across the country on topics that include community engagement, brand awareness, and niche marketing . She has appeared on media shows including WETA, KPFA, NPR, Women's Radio, and International television.

As an author she has written “Gaining Daily Access to Science and Technology” in the book 50 Ways to Improve Women's Lives and Access to Technology: Race, Gender, Class Bias. Shireen covers various areas of tech, media, policy, and diversity in articles and blogs. She has been quoted in the following books Share This!, All A Twitter, and Beyond the Echo Chamber.

Shireen has been involved in gaming, technology and social for over 30 years. She has built systems (BBS) and has founded four independent companies. She managed the Politically Black.com website as one of the only women of color web entrepreneurs prior to its sale and public offering during the 90's .

As Chair of the Media and Technology Task Force of the National Council of Women's Organizations (NCWO), Ms. Mitchell works to increase participation in technology and media by women. She also sits as the Vice Chair of the parent organization. She is also a member of various women's media groups.

Shireen was born and raised in the projects of New York City. She currently resides with her family in Washington DC, a city engrossed in government 2.0 and politics.

The Rise of Social Engagement and Mobile Technology