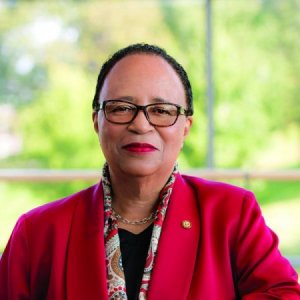 
Serves as the 18th President of Rensselaer Polytechnic Institute, the oldest technological research university in the United States

Dr. Shirley Ann Jackson is the 18th president of Rensselaer Polytechnic Institute, the oldest technological research university in the United States, where she has led an extraordinary transformation since 1999. Described by Time Magazine as “perhaps the ultimate role model for women in science,” Dr. Jackson has held senior leadership positions in academia, government, industry, and research. A theoretical physicist, Dr. Jackson holds an S.B. in Physics, and a Ph.D. in Theoretical Elementary Particle Physics, both from MIT. In September 2014, United States President Barack Obama appointed Dr. Jackson as Co-Chair of the President’s Intelligence Advisory Board, where she served until January 2017. Dr. Jackson also served on the U.S. Secretary of State International Security Advisory Board from 2011-2017, and the U.S. Secretary of Energy Advisory Board from 2013-2017. From 2009 to 2014, Dr. Jackson served on the President’s Council of Advisors on Science and Technology (PCAST), and, as part of PCAST, was Co-Chair of the President’s Innovation and Technology Advisory Committee (PITAC). Before taking the helm at Rensselaer, Dr. Jackson was Chairman of the U.S. Nuclear Regulatory Commission (NRC), from 1995 to 1999. During her tenure at the NRC, Dr. Jackson spearheaded the formation of the International Nuclear Regulators Association (INRA), and served as its Chairman from 1997-1999. Dr. Jackson is a member of the U.S. National Academy of Engineering, the American Philosophical Society, and the Council on Foreign Relations. Dr. Jackson is a Life Member of the MIT Corporation, and a former Vice-Chair of the Board of Regents of the Smithsonian Institution. In October 2017, she was named Regent Emerita of the Smithsonian Institution. She currently serves on the boards of major corporations that include FedEx and IBM. She holds 55 honorary doctoral degrees. In 2016, United States President Barack Obama awarded Dr. Jackson the National Medal of Science, the nation’s highest honor in science and engineering. 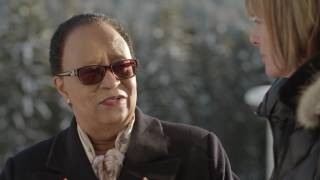 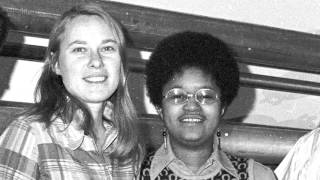 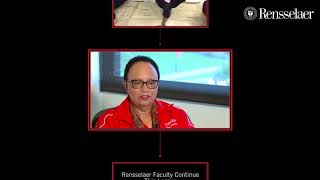 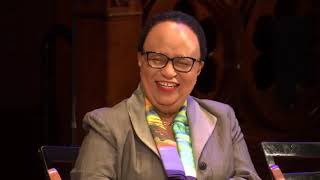 Becoming the first African-American woman to receive a PhD from the Institute—in any field—served as prologue to a career that has spanned research, public policy, and academic leadership. She’s worked as a theoretical physicist at Bell Laboratories and chaired the U.S. Nuclear Regulatory Commission. She cochaired President Obama’s President’s Intelligence Advisory Board and served on the boards of IBM and FedEx. And since 1999, she’s been president of Rensselaer Polytechnic Institute in Troy, New York.

Shirley Ann Jackson: Keep Your Eye on the North Star

This interview with Shirley Ann Jackson, president of Rensselaer Polytechnic Institute, was conducted and condensed by Adam Bryant.

Rensselaer Polytechnic Institute President Shirley Ann Jackson will be recognized as a recipient of the W.E.B. DuBois Medal by the Hutchins Center for African & African American Research at Harvard University.

Empires of the Mind

2007 In this article, the author discusses the challenge of educating students for service and leadership in this flat and integrated world, yet asymmetrical and unstable. She says that the future is now and educators have the opportunity and responsibility to create the environments that foster the empires of the mind, and to ensure that the future leaders of this world are equipped to expand those empires globally for the benefit of humankind.

The Nexus: Where Science Meets Society

2005 “The nexus of science and society” is a phrase that can be interpreted in multiple ways. As participants in this meeting, some of you may have been asking yourselves: How, exactly, was this theme derived? Does the “nexus” refer to the manner in which scientific advances address fundamental human needs? Does it refer to the role scientists, themselves, play in various sectors of society, as researchers, discoverers, inventors, educators, government leaders, lobbyists, and concerned citizens?

Ahead of the Curve: Future Shifts in Higher Education

2004 Reading and synthesizing medical journals for possible research trajectories is but a single example of the innovations that are transforming science and technology. These innovations are the direct result of a complex combination of forces at work in a new environment, encompassing education, research, opportunity, challenge, ingenuity, creativity, and imagination. Innate ingenuity, powered by higher education and experienced in advanced research, is driving vast and swift advances and innovations--changes that are transforming the world as we have known it. That transformation is occurring perhaps more swiftly than we even realize.

Resilient Leadership for a Resilient World

Addressing such challenges is not simple, as each affects the others. A changing climate, for example, clearly exacerbates issues surrounding our food, water, and energy supplies. It also is likely to increase the spread of vector-borne diseases, such as malaria. It influences our national and global security, as vast reserves of petroleum, natural gas, and mineral wealth in the Arctic, being made accessible by melting sea ice, are contested between nations. Climate change also is likely to worsen the divides between rich nations and poor ones, as it undermines food and water security at the lower latitudes. Even within a single geography, the risks of severe climate events are greater for those with fewer economic and educational advantages.