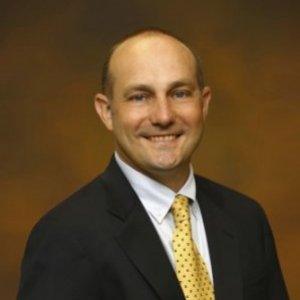 
Dr. Simon Medcalfe is a highly-regarded finance expert and the Cree Walker Chair in the Hull College of Business.

Inverted yields and a potential recession – are rocky times ahead?

What can the Big Mac tell us about our economy? 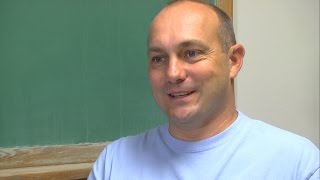 Medcalfe is a Professor of Economics and Finance in the James M. Hull College of Business at Augusta University. He holds a Ph.D. in business and economics from Lehigh University in Bethlehem, PA and a Master of Science degree in finance from Leicester University in England. He has published academic articles in the areas of sports and health economics and economic education as well as contributing to labor economics and entrepreneurial finance textbooks.

By Simon Medcalfe, Guest Columnist I often get asked about the future of manufacturing in the U.S. and locally. Sometimes this is phrased as “when are we going to produce stuff again?" I think most people know the manufacturing industry has suffered. But how much, and what are the causes?

Scuttlebiz: Area has lots of old banks, but new names

Although Augusta University’s Leading Economic Index for the metro area shows the overall economy has been flat for 2016, the uptick in June was the best monthly increase since July 2015. The index’s creator, AU associate professor of finance Simon Medcalfe, attributed the month’s gain to a double-digit growth in residential housing permits, new job openings and a 23 percent decline in initial claims for unemployment insurance...

Simon Medcalfe, an Au­gus­ta University finance professor and local economic analyst, said the city’s hospitality industry is a major economic engine and is growing at a faster pace than the national average...

2018 This paper aims to attempt to perform a test of the operating leverage-financial leverage tradeoff hypothesis that is more methodologically consistent with the logical framing of the hypothesis appearing in the Mandelker and Rhee (1984) paper.

2018 Over the last ten years, Major League Soccer (MLS) has attracted many overseas players. This study examines the role country of birth plays in salary determination, team performance on the pitch, and fan attendance in Major League Soccer for the 2007 through 2014 seasons. Players born in the U.S. earn less than equally productive foreign-born players. However, there is much heterogeneity amongst these foreign-born players. Players born in France, Gambia, Argentina, Brazil, Columbia, and Costa Rica earn salary premiums relative to their productivity.

Journal of Economic and Social Measurement

2018 Abstract In recent years there has been increased interest from economists and policy makers to measure a nation’s economic well-being. This paper extends this development to US Metropolitan Statistical Areas (MSAs). An economic well-being index is constructed using indicators of income, education, crime, health and pollution. The analysis allows comparison of a MSA with another and with itself over time.