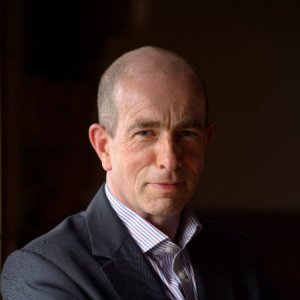 Politics of the Asia-Pacific Region

Professor Simon Tormey is an expert in politics with a core interest in the decline of political trust globally, the politics of protest against capitalism and for urgent climate change, the rise of populism and how choices of political leaders and electoral outcomes have gone "against the grain", and the state of democracies.

Professor Tormey has authored numerous books including 'The End of Representative Politics', 'The Refiguring of Democracy', and 'Populism'. His current research concerns the nature of the increasing crisis confronting democratic societies, the rise of populist and outsider movements and parties, and the impact of ICT and new social media on participation and mobilisation. Professor Tormey appears frequently in the broadcast media commenting on Brexit, the EU, and UK and European elections. 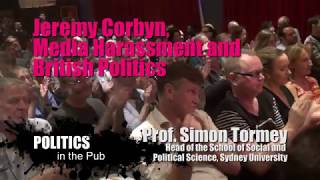 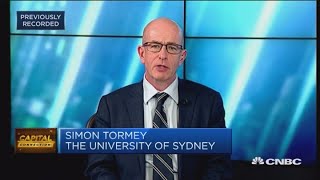 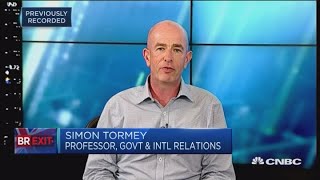 Will Scotland Leave the UK?

The Brexit vote reinforced the sense that the “interests of the UK” is a proxy for the interests of numerically larger England over other parts of the union. Surely Scotland, with its strong sense of national identity and separateness, would seek to challenge the union and return to the warm embrace of the European Union at the earliest opportunity?

Many Scots want independence from the United Kingdom. How might that play out in a post-Brexit world?

Of the many issues thrown up by Brexit, one of the most pressing is the territorial integrity of the United Kingdom. Brexit was in large measure a revolt by a certain section of English and Welsh opinion against transnational elites, immigration and imagined loss of identity. Scotland and Northern Ireland voted to remain.

There's a lot to unpack after a night of shocks, twists and turns - here's what University of Bristol experts have said.

Expecting a much more hysterical politics in the UK, professor says

The outgoing PM Theresa May has surprised us with some strong resilience, says Simon Tormey, professor of politics at the University of Sydney.

It’s going to be a ‘troublesome’ 2019 for Europe: Professor

Simon Tormey of the University of Sydney says the European Union has “real problems” such as the protests in France, but has adopted the “right approach” of trying to get Brexit out of the way and trying to regroup for 2019.

2020 The inability of the Conservative Government led by Prime Minister Theresa May to deliver a Brexit deal by 29 March 2019 was a policy fiasco, condemned widely by Remainers and Leavers alike. The entire process was a unique combination of chaos, day-by-day unravelling of new proposals and gridlock.

2020 According to Trevor Garrison Smith, political theorists have yet to make the leap into the digital age. We are wedded to models of democratic deliberation and participation where bodily presence is regarded as a prerequisite for an authentic politics. Many of us still think that the gold standard for democracy as something akin to the Athenian polis, where presence ensures the full and active engagement of all participants in a process of communal decision-making.

2018 This paper seeks to resolve one of the key tensions in the literature on populism: whether populism is a threat to democracy or the best means of renewing and deepening democracy. The author argues that, rather than defining populism in terms of certain definite outcomes, we should view populism as a symptom of crisis, and one capable of producing a variety of possible effects, some positive and some negative.

The end of representative politics, revisited

2017 In reinterrogating core concepts from his 2015 book, The End of Representative Politics, Simon Tormey explains the nature of emergent, evanescent, and contrarian forms of political practice. He sheds light on what is driving the political disruption transpiring now through a series of engaging comments from the field on well-known initiatives like Occupy, #15M, and Zapatistas and also lesser-known experiments such as the creation of new political parties like Castelló en Moviment, among others.

Old and New Media Logics in an Electoral Campaign: The Case of Podemos and the Two-Way Street Mediatization of Politics

The International Journal of Press/Politics

2016 In Spain, the 2014 European Elections saw the unexpected rise of a new party Podemos, which obtained five European Parliament seats only three months after its formation. In the Spanish National Elections in December 2015, this party obtained 20.66 percent of the votes, which made it the third biggest party. Our objective was to analyze the old and new elements of Podemos’ communication and campaign strategies.