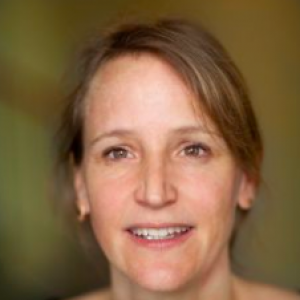 She researches breeding and sexual reproduction – with a particular focus on genetics and genomics. 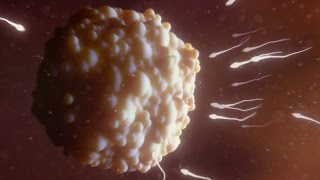 Simone Immler is Associate Professor in Reproductive Biology in the School of Biological Sciences at UEA. She researches breeding and sexual reproduction – with a particular focus on genetics and genomics. She explores the genetic reasons for a specific individual sperm (among all the range of active sperm) to fertilise an egg. Her investigation is now looking at how to select a sub-sperm for in vitro assisted fertilisation technologies. Her work has initially involved the zebrafish – which produces large numbers of offspring and has similarities in some aspects of genetics with humans. An important earlier finding of her research was the demonstration of the long thought after trade-off between sperm size and number and how it may vary across taxonomic groups.

Immler further added, “The sperm within an ejaculate vary not only in their shape and performance, but also in the genetic material that each of them carries. Until now, there was a general assumption that it doesn’t really matter which sperm fertilises an egg as long as it can fertilise it. But we have shown that there are massive differences between sperm and how they affect the offspring.”

Offspring from older sperm are fitter and age more slowly

“I definitely do think this is relevant,” says team leader Simone Immler at the University of East Anglia in the UK. “We miss out on a lot of steps during artificial fertilisation technologies.”

Lead scientist Dr Simone Immler, from the University of East Anglia's School of Biological Sciences, said: 'We found that when we select for the longer-lived sperm within the ejaculate of male zebra fish, the resulting offspring is much fitter than their full siblings sired by the shorter-lived sperm of the same male.

Not every sperm is sacred: Longer-lived sperm produce healthier offspring

Dr Simone Immler, a European Research Council Fellow in UEA's School of Biological Sciences, said: "We found that selection for longer-lived sperm produced offspring which had increased chance of survival and performed better as adults than their siblings sired by non-selected control sperm. Thus, it is possible to get rid of the lower quality sperm within an ejaculate through selection on sperm performance.

How Brexit is changing the lives of eight researchers

When the United Kingdom voted to leave the European Union on 23 June last year, the decision triggered a period of intense soul-searching and uncertainty, not least for a research community with strong and long-standing financial and social links to the continent. Worries about science funding, residency rights and even about racist attacks took root in laboratories across the country.

2020 Post‐meiotic sperm ageing, both before ejaculation and after ejaculation, has been shown to negatively affect offspring fitness by lowering the rate of embryonic development, reducing embryonic viability and decreasing offspring condition. These negative effects are thought to be caused by intrinsic factors such as oxidative stress and ATP depletion or extrinsic factors such as temperature and osmosis.

2019 Evolutionary rates and strength of selection differ markedly between haploid and diploid genomes. Any genes expressed in a haploid state will be directly exposed to selection, whereas alleles in a diploid state may be partially or fully masked by a homologous allele. This difference may shape key evolutionary processes, including rates of adaptation and inbreeding depression, but also the evolution of sex chromosomes, heterochiasmy, and stable sex ratio biases.

2019 Sperm function and quality are primary determinants of male reproductive performance and hence fitness. The presence of rival males has been shown to affect ejaculate and sperm traits in a wide range of taxa. However, male physiological conditions may not only affect sperm phenotypic traits but also their genetic and epigenetic signatures, affecting the fitness of the resulting offspring.