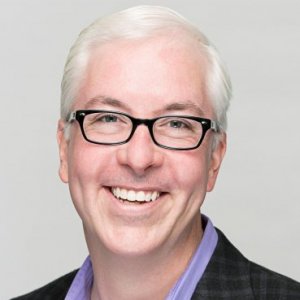 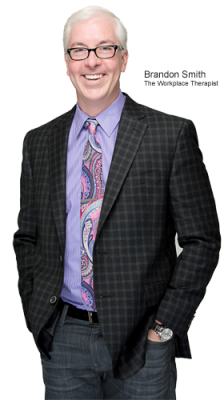 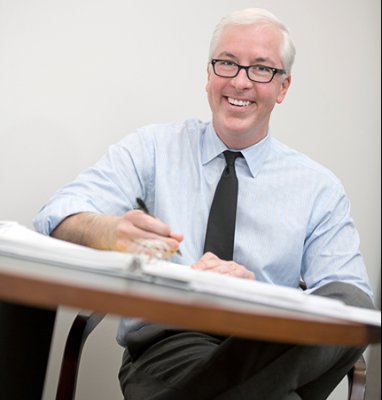 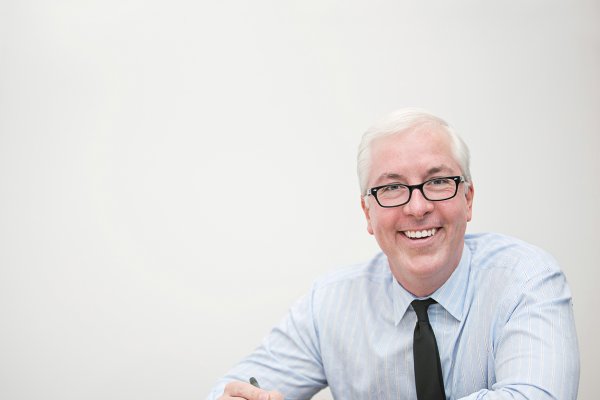 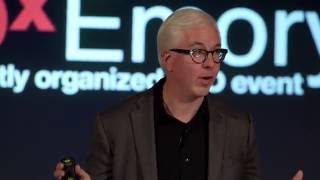 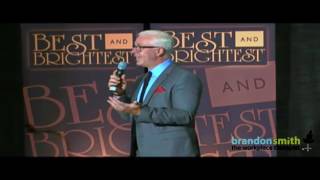 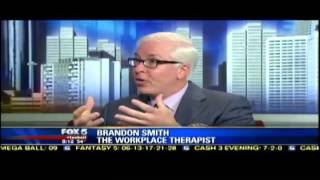 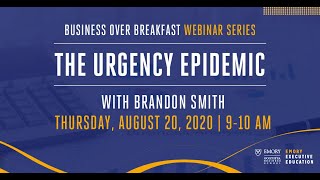 Brandon Smith is a leading expert in workplace health and dysfunction. He is the founder of www.theworkplacetherapist.com – a resource dedicated to eliminating dysfunction at work, improving workplace health and restoring a sense of optimism and hope in the workplace. Brandon also currently serves as faculty at Emory University’s Goizueta Business School where he teaches and researches on topics related to healthy workplace dynamics, leadership and communication.

Brandon has consulted with organizations across a broad spectrum ranging from for-profit corporations to non-profit institutions. Many of Brandon’s clients include numerous Fortune 100 “Best Companies To Work For.” In addition, Brandon Smith has spent nearly 15 years working with thousands of individuals in counseling and coaching capacity. Brandon’s clinical experience includes work at Ridgeview Institute, a world-renowned inpatient mental health facility, where Brandon worked with individuals suffering from any of life’s curveballs – from mental illness to depression. Brandon transitioned to workplace therapy and has had a thriving coaching practice where he works with individuals ranging from young aspiring managers to senior executives.

Brandon received an undergraduate degree from Vanderbilt University with a concentration in communications and team dynamics. His graduate work includes an MS in counseling from Georgia State University as well as an MBA from Emory University’s Goizueta Business School.

The Push to Return to Work

“It is very likely that the push by employers to have employees back in the office will result in some employees leaving their jobs,” says Brandon Smith, a professor at Emory University’s Goizueta Business School. “We are already seeing this trend emerge and it is largely being driven by a desire of employees to lower their total commute time to work. Employees with commutes of 45 minutes or longer are likely to be the greatest risk of departure to employers.”

What Steve Harvey should have told his staff

“One of my clients has about 30 different Post-It notes with different phrases, and sticks up the appropriate one [on her cubicle], so people know what she’s working on and if she’s free to talk,” says Brandon Smith, a professor at Emory University Goizueta Business School who calls himself the Workplace Therapist. If you’re trying to save on paper, there’s always the simple route, he says. Headphones on means “not now.”

“Authenticity is the buzzword among millennials today,” said Brandon Smith, who also serves on the faculty at Emory’s Goizueta Business School. “It’s the idea of realness that truly resonates with a lot of important demographics.” It’s that concept that gave rise not only to Trump’s candidacy, but also that of Bernie Sanders, Clinton’s Democratic opposition for their party’s White House nomination.

How to Talk About the Orlando Shootings at Work

"The Workplace Therapist" Brandon Smith, who is also an instructor at Emory University's Executive MBA program, says you should have a healthy curiosity about others' backgrounds and religions, but conversations about those issues at work should not become hostile. In particular, keeping tight-lipped about the LGBT community as victims and targets and stereotyping Muslim citizens is most harmful, according to Smith.

In less serious cases, before rushing to Botox or other procedures that could change the look of one’s face, Atlanta-based workplace therapist Brandon Smith suggests considering first if sweating on the job may be a result of nervousness or discomfort speaking in front of others, which can be tackled with the help of a clinical therapist or even meditation or extra practice before a big presentation. When his clients have gone overboard with facial plastic surgery, they sometimes lose the ability to communicate effectively, says Smith, who also teaches leadership and management communications at Emory’s Goizueta Business School. “I think one of the dangers in going down this path is that you end up losing what makes you you,” he says. “And that does more harm than good.”...

Some career advisers say a personal website chronicling your work is better—and more dynamic—than a resume nowadays. The argument is that having a unique website dedicated to a job-seekers’ career accomplishments and work examples helps build a tightly focused, controlled brand. Brandon Smith, GPB’s regular commentator on work and career issues, said the personal website has a place—just not for everyone...

How To Get People To Disagree With Your Ideas

"It becomes more of an issue, the more you go up the leadership ladder," says Brandon Smith, workplace dynamics and leadership professor at Emory University and founder of The Workplace Therapist, a workplace-performance consultancy. "If you’re sitting in a team meeting and no one is asking clarifying questions about what you’re talking about—they’re all just sitting back quietly—you might not just be surrounded by yes people, but maybe in a culture that’s equipping yes people."...

“It creates greater transparency,” said Brandon Smith, who studies and advises companies on workplace culture and communication. “People eventually get clear on what’s expected of them. They know how people get rewarded, and so then they can model that. That’s where we see the increase in performance. There’s a greater clarity on what’s expected.”...

Are you covering Return to Work?