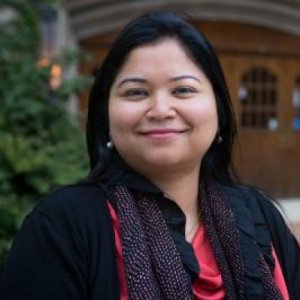 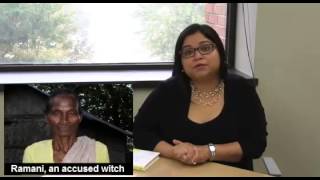 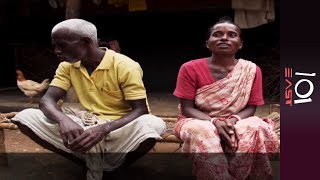 Dr. Chaudhuri's work spans three areas in sociology (development, gender and social movements), linked by her common interest on violence against women (VAW). Broadly her research explores how structural and institutional level gender inequalities further disadvantage women in the grassroots through the use of violence. Further, she is interested in understanding how non-governmental-organizations (NGO) that work towards reducing gender inequalities, mobilize community women against their own religious and cultural practices that create such inequalities in the first place. Previously, she has worked on a number of projects in United States and India, including on witchcraft accusations, domestic violence among south Asian immigrants, women’s movements on jury and property rights, SlutWalks, and movements against rape in India. Dr. Chaudhuri's current project, explores how women participants in various empowerment programs, are able to strategize against domestic violence in grassroots communities.

Battles over land and property are common starts to witch hunts, says Soma Chaudhuri, a sociologist at Michigan State University who studies gender violence in India. Chaudhuri says witch hunts and beatings provide an outlet for men living in poverty to vent frustrations over their own lack of power. “These rural communities are so marginalized and so oppressed, and they have no political resources and no avenues of protest. So what do people do when they’re very frustrated? You look to your surroundings for an easy scapegoat. Women are that scapegoat.” Long-standing cultural traditions of patriarchy, where men are supposed to control family resources, make women who may have inherited their own land easy targets, Chaudhuri says. With those patriarchal values comes misogyny and denigration of women, she adds...

A curse in the family: Behind India's witch hunts

oma Chaudhuri, an assistant professor at the Department of Sociology and School of Criminal Justice at Michigan State University in the US, is an expert on this topic and explains: "The trigger could be a death [or] a series of bad luck, but we have also seen that witch hunts are also triggered by motivated and vested interest." "These are communities and areas [where] there is much impoverishment going on, so there is a constant sort of stress. And it doesn't take long for the community to start gossiping and then also coming together and getting support against the 'witch'. And the witch hunt then becomes sort of a representation for stress relief. You go, you eradicate the woman or you beat her, or you make her confess - and the stress is relieved a little bit."...

Soma Chaudhuri spent seven months studying witch hunts in her native India and discovered that the economic self-help groups have made it part of their agenda to defend their fellow plantation workers against the hunts. “It’s a grassroots movement and it’s helping provide a voice to women who wouldn’t otherwise have one,” says Chaudhuri, assistant professor of sociology and criminal justice at Michigan State University. “I can see the potential for this developing into a social movement, but it’s not going to happen in a day because an entire culture needs to be changed.”...

Women as easy scapegoats: Witchcraft accusations and women as targets in tea plantations of India

2012 This article revisits a much-debated question: Why are women popular targets during witch hunts? By using in-depth interviews this article provides an answer. Women are easy targets or scapegoats for two reasons. First, it is widely believed in the community that was studied that witches do, in fact, exist, and the images of witches are always female. Second, tribal women hold lower positions than men in all social, political, and ritual matters, and this contributes to their vulnerability during the hunt for scapegoats. This article also highlights the roles that rumors play during manipulation of witchcraft accusations to gather support for witch hunts.

2012 This article shows how a social movement organization focused on microcredit loans is able to mobilize a community against its own cultural practice of witch-hunts. Successful mobilization against witch-hunts are possible when two conditions are met: first, when activists are able to tap into microcredit groups' social capacity for collective mobilization (defined by ties of mutual dependence, reciprocity, and friendship); and second, when activists are able to use strategic framing to present a coherent argument about the congruence of microcredit and anti-witch-hunt goals. In this context a master frame (women's development) emerged that effectively forged the seemingly disparate goals of microcredit loans and anti-witch-hunt campaigns into one synthetic movement. In contrast, successful mobilization against witch-hunts was difficult in areas where the activists did not have access to the microcredit networks or were not able to strategically frame the campaign.

Becoming full citizens: The US women’s jury rights campaigns, the pace of reform, and strategic adaptation

2008 Few studies of social movement political success investigate the strategic and tactical approaches used to achieve positive political outcomes. This work investigates a rarely studied mobilization of US women in the first half of the 20th century to explore how movement organizations bring about legal change. Archival data for 15 states are examined to investigate how women won the right to sit on juries. The authors argue that jury movement activists engaged in strategic adaptation were more likely to win a change in jury laws rapidly. Those not engaged in such strategic action won their reforms more slowly. The authors suggest that when social movement actors tailor their actions to respond to exigencies in the environment they are more likely to expedite political success.