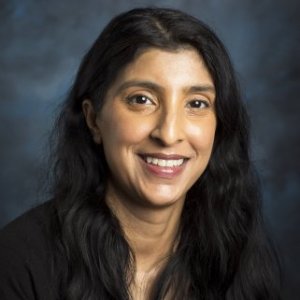 Sona Gala is a clinical assistant professor in the Department of Marketing and Business Law at LMU. She teaches the "Legal Environment of Business" and "Law for the Entrepreneur." Professor Gala has written a number of articles that have published in both legal and social science journals. Prior to joining the LMU faculty, Gala was a practicing attorney for 19 years. Most recently, she served as an attorney for a leading privately-owned investment company, with a focus on hospitality and food service. In addition to practicing law, Professor Gala has been a part-time lecturer at both LMU and Cal State Long Beach.

Being Honest about Tenure in the United States: The Need for Tenure System Reform within Institutions of Higher Education

This paper examines whether the tenure system at the university level today is in need of reform. To answer this complex and highly charged question, the authors begin by first tracing the history of tenure, from its inception in Europe to its emergence in the United States. Next, the paper examines the significant role played by the American Association of University Professors (AAUP) in defining tenure at the collegiate level today. The article then moves into an analysis of the current state of tenure through the review of key aspects of the university tenure process. The authors conclude with observations and suggestions for potential reform of the tenure system.

To Wait for the Law to Change or not to Wait, That is the Question: A Guide for Same-Gender Couples and Clergy

The article begins by examining the current state of the laws governing same-sex relationships at both the federal and state level. Specifically, we will examine two cases that have substantially impacted the landscape of rights for same-sex couples. The paper will then examine four areas of the law where uncertainty for same sex couples lies and the legal agreements that can be effectively utilized to reduce this uncertainty. These areas include: 1) medical/end of life decisions; 2) financial welfare of both parties and distribution of assets upon dissolution of the relationship; 3) distribution of the couple’s property in the event of death; and 4) parental rights. The paper will conclude with recommendations for clergy in counseling same-sex couples prior to performing marriage and commitment ceremonies.

Critiquing the AAUP Rule: Protecting Professors Against Complaints by Non-Students

This article examines a Rule adopted by the AAUP that protects Professors from complaints by non-students. The authors argue that the Rule should be eliminated.

Are Technical Complexities and Media Interference Crippling the Ability of Juries to Deliver Fair Verdicts?

This article examines whether media and technical complexities are interfering with a jury’s ability to deliver a fair verdict. The authors examine several highly publicized cases and the potential impact media had on jurors in these cases. The authors also examine the issues facing jurors with respect to highly technical and often complex evidence that is often difficult to understand. The authors then make recommendations with respect to what can be done to reduce media bias and simplify technical evidence introduced during trials.