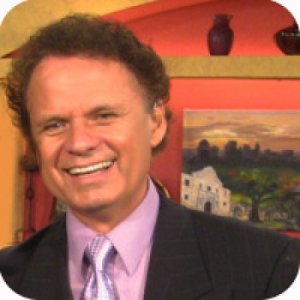 Sonny Melendrez was born to inspire.

Motivating others has always been an important element in the life of this dynamic radio and television personality and inspirational speaker.

Melendrez has hosted drive time shows at some of America’s greatest radio stations, including KIIS, KMPC, KFI, KMGG, and KRLA in Los Angeles.

A high level of credibility has made him a popular TV and radio spokesperson for companies like Disney, Pepsi, McDonald’s, Sears and Sprint PCS, to name a few.

Sonny is comfortable in front of any audience. He has hosted or been featured speaker at such prestigious events as the White House Hispanic Heritage Awards; the National "Just Say No To Drugs" Rally at the Washington Monument; and the USO 50th Anniversary Gala at the Ambassador's Palace in Paris, France with guest of honor, the late Princess Grace of Monaco.

As host of the award-winning children’s television series, ‘You And Me, Kid,” on the Disney Channel, Sonny displayed his natural talent for working with children.

President Ronald Reagan commended Sonny for his efforts in the war on drugs and he received the National Director’s Community Leadership Award by the FBI. The City of San Antonio named the Sonny Melendrez Community Center located on the city's West Side in his honor to say “thank you” for his community involvement and commitment to disadvantaged youth.

One of the projects of which he is most proud is the children's version of "We Are The World," which he created in Los Angeles in 1985, receiving a Grammy nomination.

He has provided the voices of countless characters in cartoons, movies, and commercials.