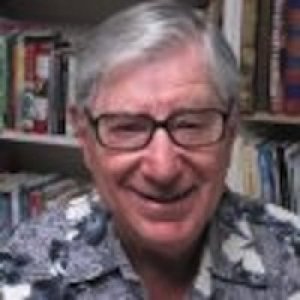 
Fundraising Consultant and Author of WHEN BROOKLYN WAS HEAVEN and BIG-TIME FUNDRAISING FOR TODAY'S SCHOOLS.

People from all over the world who love stories about New York, particularly about growing up in Brooklyn, are fired up with enthusiasm over Stan Levenson's new book, When Brooklyn Was Heaven, Outskirts Press. Reviews on Amazon, Barnes & Noble, and elsewhere have been overwhelming. In her review on Amazon, Anna-Lena Haverdahl writes, "If you are a fan of Woody Allen and his films about Jewish family life in Brooklyn in the forties you will just love this book." Talk of a possible movie or TV series is in the works.

In his inspiring and entertaining book of 135 short stories and 60 photos, Levenson takes readers on a loving and carefree 30-year journey (1931-1961) through Brooklyn neighborhoods rich in history and culture, Coney Island, stories of the Borscht Belt never heard before, a small college town in upstate New York (Oswego) where he studied to become a teacher and found himself in the awkward gropes of his first encounters with the opposite sex, unimaginable stories of his Cold War days in the U.S. Navy off the coast of Newfoundland, marriage and fatherhood in Southern California, and life-changing experiences in Europe, the Middle East, and back in L.A. Listen to his stories come to life!

Levenson will share his hilarious and challenging experiences with female babysitters, snowballs from heaven, an exciting invitation to a sweet 16 party, a voluptuous French maid, crazy college capers, and sexy and daring females in the Borscht Belt. He also includes an array of stories of his days in the U.S. Navy that would make the Admiral blush and shares with readers his experiences in Paris, Rome, London, and Salzburg on five dollars a day; experiences in the Middle East riding camels to the Pyramids and the Sphinx; and, a most embarrassing experience ordering his first bottle of wine in a very elegant restaurant in San Francisco. Contact him through his website at: www.stanlevenson.com; www.whenbrooklynwasheaven.com; or at: (858) 485 8691