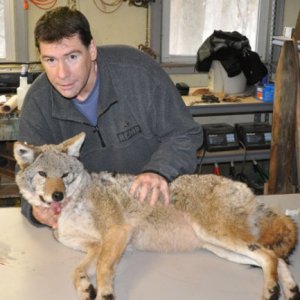 
Dr. Stanley Gehrt operates within the School of Environment and Natural Resources in the Terrestrial Wildlife Ecology Laboratory. 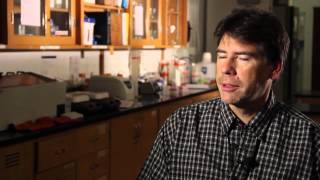 Dr. Stan Gehrt is the Principal Investigator of the Cook County Coyote Project, having initiated the study in 2000. As Chair of the Center for Wildlife Research at the Max McGraw Wildlife Foundation, he directs a variety of research projects both at the Foundation and around the country. Dr. Gehrt continues to supervise many daily aspects of the project while working full-time as an Associate Professor and Extension specialist at The Ohio State University. He is regarded as an international expert of urban wildlife and his research has been featured in numerous print, radio, and television outlets. Dr. Gehrt is the senior editor of the volume ‘Urban Carnivores’ published by Johns Hopkins University Press. Research interests focus on various aspects of mammalian ecology, especially in urban systems, and dynamics of wildlife disease.

Coyote mating season from January through March — at its peak in February — makes hormone-filled males more aggressive and more defensive. Coyote attacks on large dogs are generally rare, but the chances of attacks are greater during this time of year, said Stan Gehrt, an Ohio State University professor who researches coyotes in urban environments...

Coyotes: Phantoms of The Urban Landscape

“There is nowhere you can live in the Chicago area and not have coyotes in your neighborhood,” says Mr. Anchor. “They have learned to occupy habitat and re-exploit resources in and amongst the third largest metropolitan area.” Anywhere from 1,500 to 2,000 coyotes inhabit Cook County, according to the Urban Coyote Research Program, a long-term study of Chicago area coyotes initiated in 2000 by Stan Gehrt, PhD, a wildlife biologist and associate professor at Ohio State University. Mr. Anchor has been contributing his wildlife expertise to Urban Coyote Research since its inception...

How Wild Animals Are Hacking Life in the City

It’s no surprise—with at least 400,000 killed annually, "there's no other species that has experienced the level of persecution that we've posed toward coyotes," says Stan Gehrt, a wildlife ecologist at Ohio State University in Columbus who, along with his grad students, has been studying Chicago’s coyotes since 2000.

The problem, experts say, is that from there, the animals tend to wander into the nearest neighborhood. People see wooded areas as the animals’ natural habitat, where they belong. But these are city raccoons that tend to make a U-turn for civilization when dropped off in nature, said Stanley D. Gehrt, a wildlife ecologist at Ohio State University who has studied urban raccoons for two decades. “When you take them and drop them off in a natural environment, they’re going to look for buildings,” he said. “It’s what they’re used to.”

The seemingly incongruous marriage between coyotes and a people-packed habitat has occurred naturally, according to Stan Gehrt, an Ohio State University professor who specializes in coyote research in Cook County. Gehrt said he and his team know of no deliberate efforts to release coyotes into the downtown area. "They're all homegrown coyotes, all born and bred in Chicago," Gehrt said...

In the City, Coyotes Know to Look Before Crossing the Street

Stan Gehrt, a wildlife ecologist at The Ohio State University, has videotaped an urban-dwelling coyote glancing in the direction of oncoming traffic before crossing Michigan Avenue in downtown Chicago. It helps that she waited until dark – that’s one way coyotes have adapted to safely cross streets in cities, by moving only at night, when there are fewer cars on the road.

“Free-roaming cats are basically partitioning their use of the urban landscape. They’re not using the natural areas in cities very much because of the coyote presence there,” said the study’s lead author, Stan Gehrt, associate professor of environment and natural resources at The Ohio State University. “It reduces the cats’ vulnerability to coyotes, but at the same time, it means the coyotes are essentially protecting these natural areas from cat predation,” he said...

“That’s an indication that they don’t have to go far to find food and water. They’re finding everything they need right there, in the suburbs of Chicago,” said Stan Gehrt, an associate professor of environment and natural resources at Ohio State University who has led the tracking of coyotes around Chicago for 12 years. “It amazes me.”...

“I was surprised we didn’t find any cheating going on,” said study co-author Stan Gehrt, a wildlife ecologist with Ohio State’s School of Environment and Natural Resources. “Even with all the opportunities for the coyotes to philander, they really don’t. “In contrast to studies of other presumably monogamous species that were later found to be cheating, such as arctic foxes and mountain bluebirds, we found incredible loyalty to partners in the study population.”...