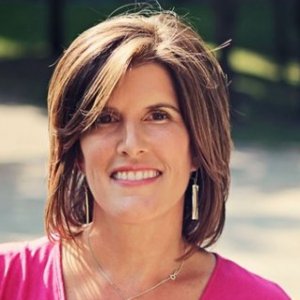 Dr. Stephanie Bangarth is an Associate Professor in History at King’s University College, at the University of Western Ontario. As a graduate of King’s, she is delighted to be teaching at an institution that had an important impact on her academic career. She went on to complete her PhD at the University of Waterloo in 2004. She taught at the University of Guelph for two years before coming to King’s in 2006. Dr. Bangarth is also an Adjunct Teaching Professor in the Department of History at Western and is also a Faculty Research Associate with the Collaborative Graduate Program in Migration and Ethnic Studies (MER) at Western. She also serves as a Contributing Editor to activehistory.ca, a website that connects the work of historians with the wider public and the importance of the past to current events.

A survey of scholars across the country weigh in on Canada’s best and worst prime ministers, ranked in duration of their terms

Maclean’s second survey of our greatest leaders shows a new number one, and some big surprises.

Nikkei Loyalty and Resistance in Canada and the United States.

The long, wet summer of 1942: the Ontario Farm Service Force, small-town Ontario and the Nisei.

‘We are not asking you to open wide the gates for Chinese immigration’: the Committee for the Repeal of the Chinese Immigration Act and early human rights activism in Canada.

Canada has a long history of exporting military equipment around the world and authorizing trade with problematic regimes. Although the Liberal government has committed its support to the International Arms Trade Treaty, at this point Canada is the only NATO-member nation not to have signed on. The Treaty requires signatories to produce detailed annual reports on arms exports which would add a level of transparency that does not currently exist in the Canadian arms industry and related export programs, and would prevent Canada from selling to states like modern-day Saudi Arabia.

"If ye break faith - we shall not sleep?"

It is important that in our national focus on commemoration, Canadians remember who we were, who we are, and who we want to be. The answers to these questions will be different and numerous. Remembrance Day presents an opportunity to participate in broader discussions about war and its impacts, discussions that may also bring uncomfortable stories to the surface. From these, we should not shy away. On Remembrance Day we should observe sacrifice but, as Archibald MacLeish urged in his poem, we should aim to give that sacrifice meaning. This is not a call to re-imagine Remembrance Day, but rather to live up to its ideal of meaningful commemoration.

Our history with respect to refugee reception may be complicated, but over the last 10 years it has risked becoming contemptible – again.

“’Vocal but not particularly strong’? Air Canada’s Ill-fated Vacation Package to Rhodesia and South Africa and the Anti-apartheid Movement in Canada.”

In mid-1971, an advertisement from Air Canada (then a Canadian Crown corporation) and South African Airways appeared in the pages of the Globe and Mail, Canada’s national newspaper. It offered prospective vacationers the chance of a lifetime: the opportunity to tour the game parks of South Africa and Rhodesia, including the famous Kruger National Park, with stays afterward in various African cities. News of Air Canada’s “opportunity” was met with a great deal of controversy. Linda Freeman has described anti-apartheid forces in the 1970s as “vocal, but not particularly strong” and other scholars argue that Canadian policy toward South Africa did not change substantially between 1961 and 1984. Still, this case study demonstrates that despite the fact that no major Canadian economic, strategic, or political interest was involved in South Africa and that while Canadian trade with South Africa during the period in question was relatively marginal, the Canadian government gave the concerns of those appalled at Air Canada’s intransigence some attention. More importantly, so did Air Canada. Where government failed to act, public pressure forced a major Canadian corporation to rethink its business practices to adhere to international human rights norms.

Bringing China In: the New Democratic Party, China, and Multilateralism.

This article explores the history of Canadian foreign relations with China via the perspective of F. Andrew Brewin, a longtime New Democratic Party (NDP) politician. Brewin was an ardent champion of multilateralism in the 1960s and this approach was reflected in his views on China. These thoughts are most eloquently expressed in the debates in the House of Commons on the recognition and the admission of the People’s Republic of China (PRC) into the United Nations between 1963 and 1970. The NDP was the first political party to recommend the recognition of the PRC and by the 1960s public opinion had warmed sufficiently to the idea. Brewin’s concerns over the general silence on the part of Lester B. Pearson’s Liberal government on this issue reflected his wider concerns about the degree to which Canadian foreign policy was tied to the United States and nuclear proliferation. For Brewin, ending the PRC’s isolation was vital to achieving peace in his time.