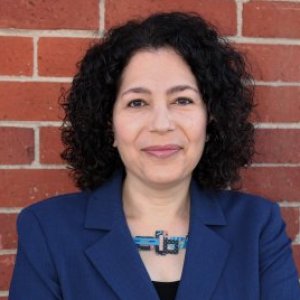 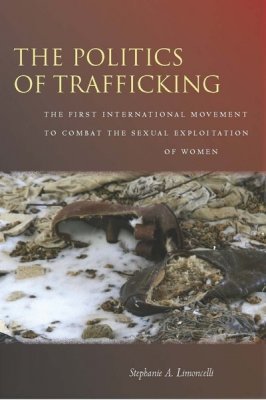 Stephanie A. Limoncelli is an associate professor of sociology at Loyola Marymount University.

There’s an App for That? Ethical consumption in the fight against trafficking for labour exploitation

Among the market-based strategies being used to fight trafficking for labour exploitation are apps aimed at encouraging ethical consumption. Such apps have surfaced in tandem with the increased involvement of businesses in anti-trafficking efforts and the promotion of social entrepreneurism. In this article, I describe and critically analyse three apps aimed at individual consumers, arguing that they do little to actually address labour exploitation. They rest on questionable assumptions about consumption, employ problematic assessment methodologies, and rely on business models that do more to provide opportunities for social entrepreneurs in the burgeoning anti-trafficking field than solutions for labour exploitation in the global economy.

Child Brides or Child Labor in a Worst Form?

Zeynep Sisli and Stephanie A. Limoncelli

In this article, we argue that the early and/or forced marriage of girls under 18 should be understood, in part, as an exploitive form of child labor. We describe the types and conditions of labor that are commonly experienced by child brides and we examine the strengths and weaknesses of current international laws to adequately address the issue. We also argue that the problem of child brides should be addressed by the International Labour Organization (ILO) as one of the worst forms of child labor. Finally, we suggest the ILO Convention No. 182 (known as the Worst Forms of Child Labour Convention) as a legal mechanism. The convention offers one possible way to help to raise awareness in families and across societies about the harms of child marriage and provide for criminal and civil sanctions as tools to combat it.

Efforts to combat human trafficking have grown in the last few decades, with states, international governmental organizations (IGOs), and nongovernmental organizations (NGOs) working around the world to address the trade of people under conditions of force, fraud or deception for the purpose of exploitation. How has contemporary anti-trafficking advocacy developed globally and why? Competing approaches in global and transnational sociology – world polity and ‘coercion’ perspectives – offer different explanations, with the first focusing on culture and the second focusing on political and economic power. Using data on 1861 anti-trafficking NGOs worldwide as well as secondary sources to qualitatively analyze the historical development of contemporary anti-trafficking advocacy as a case study, this article demonstrates a more complicated process than either perspective predicts. What is needed is an approach that considers political, economic, and cultural forces involved in globalizing movements and that avoids a priori assumptions about the operations of power and the relations of the organizational actors.

What in the World are Anti-Human Trafficking NGOs Doing? Findings from a Global Study

While the academic literature on human trafficking has grown enormously in the last 20 years, few studies have been done that empirically examine the organizations taking part in anti-trafficking responses. This article reports some findings of a study of 1,861 nongovernmental organizations (NGOs) worldwide that identify themselves as working on the issue of human trafficking. The findings show that anti-trafficking NGOs have a wide variety of specializations, are most prevalent in Asia and Europe, mainly target children, often focus on both labor and sex trafficking, and engage in awareness and legislative or policy advocacy more often than direct service provision. Methodological, theoretical, and applied implications are discussed.