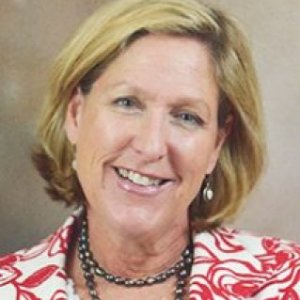 Stephanie Sipe, professor of legal studies, joined the faculty of Georgia Southern University in 2005. Prior to joining the faculty of Georgia Southern in 2005, Sipe taught business law and human resource management courses at Eastern Mennonite University and James Madison University. She also practiced law in Virginia for 12 years, where she specialized in civil litigation and developed an expertise in employment law issues. She has appeared in state and federal trial and appellate courts, including the Virginia Supreme Court, the Fourth Circuit Court of Appeals, and was counsel of record on a case appealed to the U.S. Supreme Court. Sipe has an active research agenda with numerous publications in academic journals. Currently, she is the editor-in-chief of the Journal of Legal Studies for Business, and she is the advisor to three student groups on campus. Sipe is also a member of the Leadership Skills consulting team that provides seminars to new management and supervisory personnel in private industry and education. She was the organizer of two Current Legal Issues Symposiums at Georgia Southern University, and she is actively engaged in research on university students’ perceptions of gender discrimination and sexual harassment in the workplace, as well as corporate fraud and whistleblower protections.

Excellence in Research, School of Accountanc

Taking off the blinders: A comparative study of university students’ changing perceptions of gender discrimination in the workplace from 2006 to 2013

2016 As evidenced by recent legislation and various forms of media attention, eradicating gender inequity in the workforce is of significant importance today. However, this interest in justice stands in bold contrast to the continued gender wage gap, the steady number of gender discrimination suits filed each year, and the plethora of high-profile cases exposed in the media. Previous data collected in 2006 suggests that the very group readying to enter the workforce does not perceive gender discrimination as a threat of major significance to themselves or others. University students tend to minimize or even disregard the likelihood that they will witness or experience gender bias or discrimination in their careers. Our work here serves as a continuation of and a comparison to the 2006 study, with the goal of determining whether the perspective of university students has shifted, or whether they continue to consider themselves immune to the injustice of gender discrimination at work. Our findings suggest that students in this cohort are not only more aware of these issues, but that this awareness has expanded to include increased concern over gender discrimination against men as well. However, the reluctance of students to believe that they personally will be affected by gender discrimination has been and continues to be surprisingly high.

University students' perceptions of gender discrimination in the workplace: Reality versus fiction

Journal of Education for Business

2009 For 50 years, laws such as the Civil Rights Act of 1964, as amended in 1991, and the Equal Pay Act of 1963 have protected women from overt discrimination. Although gender inequity persists in today's workplace, its presence and effects continue to be underestimated by the relevant stakeholders. Informal observations have shown that college students consider themselves immune to gender discrimination. The authors sought to ascertain students' perceptions of anticipated gender discrimination. Findings suggest that students perceive gender discrimination as being of little consequence, and that they are likely to enter a gender-neutral workplace. These perceptions could have negative effects on organizations and employees, but education can be used to minimize these consequences.

University students' perceptions of sexual harassment in the workplace: A view through rose-colored lenses

2009 The purpose of this paper is to assess whether a gap exists in student perceptions of sexual harassment in the workplace as compared to the realities. Over 20 years following the enactment of the Civil Rights Act of 1964, the US Supreme Court recognized sexual harassment as a cause of action under Title VII. However, despite the developing law and public awareness of the same, sexual harassment persists in today's workplace, and its presence and effects continue to be underestimated by relevant stakeholders, including university students.