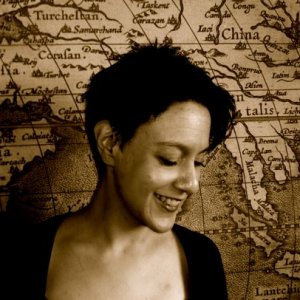 Steph van Willigenburg obtained her BSc Hons (1994) and PhD (1998) from the University of St Andrews, Scotland. From there she did postdoctoral fellowships at York University and Cornell University, before taking up an Assistant Professorship at the University of British Columbia, Canada in 2002. Rising through the ranks she is now Professor of Mathematics there. Her awards for research include the Krieger-Nelson Prize, fellowships from the Leverhulme Trust and the Alexander von Humboldt Foundation, and she has won a Killam Award for her teaching. She is also one of the co-founders and organizers of the Algebraic Combinatorixx workshops at the Banff International Research Station to foster mentoring, collaborations and networking for women in algebraic combinatorics and related areas.

National prize for exceptional research by a female mathematician.

International award for experienced researchers allowing you to carry out short-term research in Germany.

International award for experienced researchers allowing you to carry out long-term research in Germany.

For outstanding contributions made in teaching for faculty in Science at UBC.

Wall Scholars are chosen among leading UBC researchers from all academic disciplines, with the objective of creating a dynamic and diverse intellectual community at the Institute.

The NSERC University Faculty Awards Program was designed to increase the representation of women and Aboriginal peoples in faculty positions in the natural sciences and engineering by encouraging Canadian universities to appoint promising researchers in those groups to tenure track positions.

Fellows spend a period of 12 to 24 months on advanced study or research at a centre of learning in any overseas country.

An introduction to quasisymmetric Schur functions.

A tour of quasisymmetric Schur functions.

An Introduction to Quasisymmetric Schur Functions

An Introduction to Quasisymmetric Schur Functions is aimed at researchers and graduate students in algebraic combinatorics. The goal of this monograph is twofold. The first goal is to provide a reference text for the basic theory of Hopf algebras, in particular the Hopf algebras of symmetric, quasisymmetric and noncommutative symmetric functions and connections between them. The second goal is to give a survey of results with respect to an exciting new basis of the Hopf algebra of quasisymmetric functions, whose combinatorics is analogous to that of the renowned Schur functions.