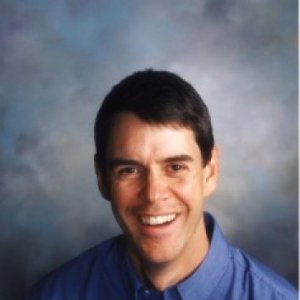 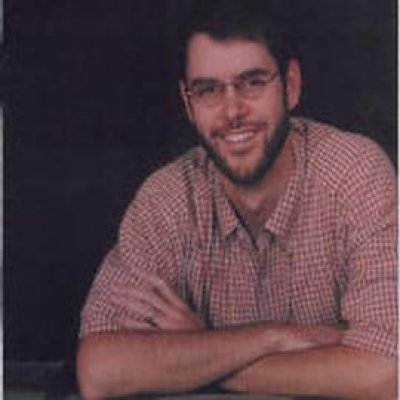 Is it a human or a Twitter bot? Stephen Davies might be able to help you find out.

Associate professor and chair of computer science at the University of Mary Washington, Dr. Davies led a project in which students teamed with scientists to build an application that would determine whether tweets were developed by humans or Twitter bots.

He also has performed pioneering research in the development of Personal Knowledge Bases (PKBs), electronic tools that help users express and persist mental impressions. Tied in with this work was his investigative development of user interfaces to the Semantic Web, which is an extension of the World Wide Web that enables machines to reach automated conclusions about user-generated content.

Currently, Dr. Davies works in the field of modeling and simulation, building and analyzing virtual replicas of real-world phenomena in order to understand their emergent complex behavior. Two of his recent projects in this interdisciplinary area involve an agent-based model of racial diversity on college campuses, and an intergenerational simulation of wealth distribution in the United States. He also is developing an ecological simulation of a rare Virginia tidal wetlands plant, to understand the factors that may lead to its being endangered.

Dr. Davies’ work has appeared in "Communications of the ACM" and "IEEE Computer," the flagship publications of the two premier academic and professional societies in computer science. He has presented at numerous academic conferences, including the International Conference on Database and Expert Systems Applications, the ACM Symposium on Computer Science Education and the International Conference on Semantic Systems.

Stephen Davies of the University of Mary Washington studied the interaction between what sociologists refer to as homophily (the tendency of people to connect with others who share similar beliefs, characteristics, statuses, or attitudes) and accessibility. He writes, “Clearly there is a delicate interplay here, at the heart of which remains an unresolved question about what the end result of enhanced communication will be for a society. Will the expanded freedom of selection lead to people simply forming more homogeneous factions? Or will the greater exposure to more ‘remote’ parts of the society result in greater diversity of one’s social groups?” Davies believes that the second option may win out.

Stephen Davies, associate professor in computer science and UMW alumna Morgan Brown (computer science, mathematics) have had their research paper “Toward an agent-based simulation of the factors impacting diversity within a college student body” accepted to the 47th Winter Simulation Conference, the premier academic forum for simulation research in the world. The paper describes an agent-based computational simulation that models college students and their social interactions, with particular focus on interracial friendships and the factors that contribute to racial segregation. The ultimate goals of the project are to better understand the dynamics of campus segregation, and to determine the efficacy of possible institutional policies that a university might implement that would encourage racial integration. Such policies, if successful, could decrease the well-documented effect of social alienation that minority students often perceive, and which can impact their academic success...

University of Mary Washington computer science majors Bryan Holster and Chris Zimmerman, under the guidance of Professor Stephen Davies, have teamed with scientists at the Naval Surface Warfare Center's Dahlgren division to get to the bottom of the sometimes perplexing social media mystery of Twitter. The partnership is one of several ongoing collaborations between the University and the Naval Surface Warfare Center...

Eight University of Mary Washington students have received hands-on guidance this semester from mentors at the Naval Surface Warfare Center at Dahlgren. The students shared the results of their undergraduate research projects during poster presentations on April 30 at UMW’s Dahlgren campus. UMW professors Debra Hydorn, Melody Denhere and Stephen Davies collaborated with the students and mentors on four projects...

Since the time of Leon Walras, general equilibrium theory and the hypothetical Walrasian auctioneer have dominated market economics. Prices of commodities are assumed to reach "true" equilibrium values based on the underlying supply and demand curves of an economy, which can be represented by equations. In contrast to classical methods, the model in this paper attempts to show the behavior of an economy based on the cumulative actions and interactions of individuals in the system. Agents each produce one of 10 commodities and trade with each other to fulfill their consumption needs for those commodities. They are able to change their price expectations to respond to scarcity, and may change which commodity they produce to take advantage of increased prices. The total amount of each commodity consumed is the metric by which the efficiency of a parameter configuration of the model is determined.