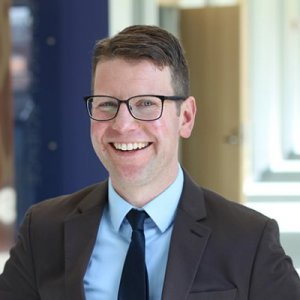 
Stephen Dyson's research is focused upon the psychology of elite decision making in foreign policy. 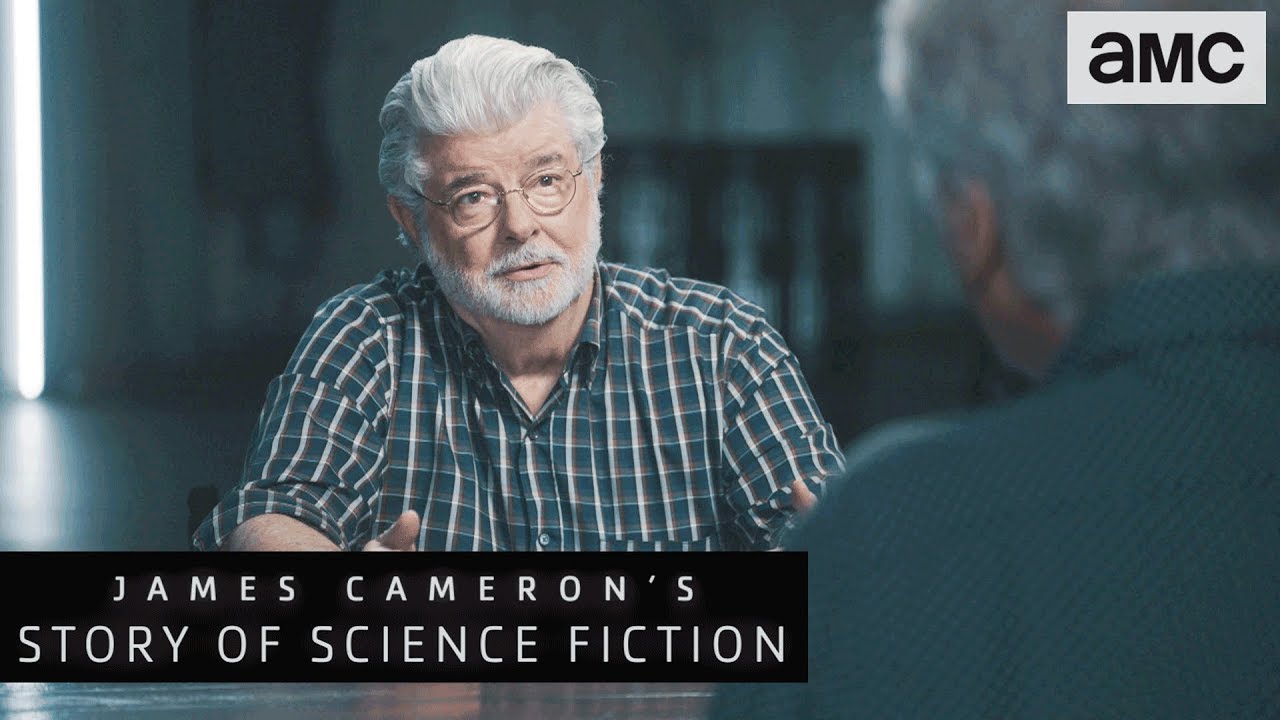 Stephen Dyson received his Ph.D. from Washington State University in 2004. His research is focused upon the psychology of elite decision making in foreign policy. He teaches classes on foreign policy and international relations.

Excellence in Teaching Award recipients have displayed commitment to innovative and exceptional pedagogy. 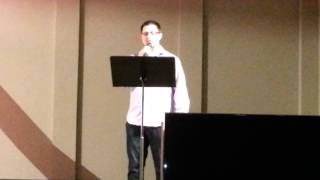 Think ‘Star Wars: The Rise of Skywalker’ is the end of the story? Think again.

This is not the end. Each Star Wars movie makes so much money that, with apologies to Fredric Jameson, it is easier to imagine the end of the world than the end of the second most successful franchise in cinema history. But it is an end, to the trilogy of trilogies first dreamed up by George Lucas 40-some years ago.

Stephen Benedict Dyson, a professor of political science at the University of Connecticut and the author of “Otherworldly Politics: The International Relations of Star Trek, Game of Thrones and Battlestar Galactica,” said that he saw parallels between certain candidates’ styles and the directorial decisions made in this most recent cycle of films. “He almost entirely appealed to nostalgia,” he said of director J.J. Abrams’s choices in 2015’s “Star Wars: The Force Awakens.” “That’s Joe Biden’s pitch. The danger with that approach is if you go to the well too many times. Sometimes people want something new and something different.”

In this dystopian novel, the Wall gets built — and the emergency is real.

“It’s cold on the Wall.” So begins John Lanchester’s taut tale of a future Britain after the Change, a devastating climate event. This Wall is no steel-slat barrier or see-through fence; it’s a concrete monster entombing the entire island, 6,000 miles long, 16 feet high, and 10 feet thick. It holds back the rising seas and keeps out climate refugees, referred to as the Others. The Wall is patrolled by young conscripts known as Defenders, including Kavanagh, the protagonist.

How do you make a hit political TV drama? Don’t talk too much about politics.

How do you make a hit television show about politics? “Bodyguard” — the BBC’s most-watched show for years, now streaming on Netflix — offers one answer: Mash up the politics with memes from other genres. Part deep-state thriller, part risky romance, part police procedural and, therefore, only partly about politics, “Bodyguard” quickens the pulse without unduly troubling the intellect.

“I’m worried about your arteries,” a viewer tweeted at the hosts of Showtime’s political documentary series “The Circus,” devoted to coverage of politics in the Trump era. “You might want more veggies.” The show’s mission is to offer viewers behind-the-scenes footage of political action in the byways of Washington. But it also serves as an excuse for the hosts to eat something fried and drink something brown in every casual dining restaurant in the city.

It reminds us that politics is, finally, a human endeavor — and can’t always be reduced to strategic calculations and data analysis. And it reminds us that cultural understandings of what counts as “scandalous” twist and turn with sometimes dizzying speed, writes Stephen Dyson.

In the TV thriller ‘Occupied,’ Russia has Western democracy on the run

“Occupied,” the Netflix thriller about a Russian “soft invasion” of Norway, is back with new episodes. When the first season dropped in October 2015, this near-future tale of a resurgent Russia subverting a rich and stable Western democracy, while a divided European Union and an isolationist United States turn a blind eye, seemed like a dystopian fantasy.

The inescapable politics of ‘Game of Thrones’

Stephen Dyson, a professor of international relations at the University of Connecticut, points to Targaryen's curious progressive politics; she seems bent on liberating slaves and the oppressed wherever she goes. “Should you run a foreign policy where you go around freeing people who are not your people, in service of this idea of universal human right?” Dyson asked. Critics of liberal interventionism, including Trump, might have exactly the same question.

President Trump, do you remember that time Margaret Thatcher fired all the economists?

Supporters of President Trump will find no greater demonstration of the practices of the deep state than the mellifluous Sir Humphrey, frustrating every policy initiative with a well-timed leak here, a mischievous bit of misdirection there.

In my research on political leaders, I’ve found that different people have different definitions of rationality. The core question – “What is my best move?” – is often answered by a leader’s idiosyncratic beliefs, rather than by an immediately obvious logic of the situation as seen by external observers. The history of dealing with inscrutable foreign leaders is instructive: From Hitler to Saddam to Khrushchev, understanding the other is the most urgent challenge of national security decision-making for the U.S. To influence Kim’s behavior, we must ask: What is his particular vantage point?

Often in foreign policy, clashing interests between countries leads to clashing leaders. This was true of Putin and Obama, but not of Putin and Trump. While many analysts of international relations downplay the role of leadership, the chemistry between Trump and Putin will play a central role in shaping the near-term prospects for the U.S.-Russia relationship. As a scholar of political leadership, I’ve seen how important personality can be in the conduct of diplomacy.

The writers of the new show certainly know enough about Trek’s turbulent beginnings to temper expectations: “If you go in with open minds and open hearts, you may be rewarded,” they told a crowd eager for news at the Star Trek: Mission New York convention held over Labor Day weekend. “Whereas if you go with a set of impossible-to-realize expectations, which even you cannot specifically define, then we’re bound to fail.”

2015 Recent highly-publicized instances of severe crises, such as the 9-11 attacks, the Asian Tsunami of 2004, and the 2005 Kashmir earthquake, coupled with the increasing belief that dependency on vulnerable and critical infrastructure has made modern societies more vulnerable to crises, has elevated interest in crisis management among policy makers, managers, and researchers.

2011 Why did the United States and Iraq find themselves in full-scale conflict with each other in 1990–91 and 2003, and in almost constant low-level hostilities during the years in-between? The situation was neither inevitable nor one that either side, in full possession of all the relevant information about the other, would have purposely engineered: in short, a classic instance of chronic misperception.

2009 Secretary of Defense Donald Rumsfeld exercised great influence over US policies in the invasion and subsequent occupation of Iraq. The Secretary's leadership presents a puzzle—accounts agree that Rumsfeld was a masterful bureaucratic infighter who ruthlessly gained control over the major decisions and marginalized colleagues, yet, having secured that control, was remarkably blasé about events on the ground in Iraq.

Alliances, domestic politics, and leader psychology: Why did Britain stay out of Vietnam and go into Iraq?

2007 In the Vietnam and Iraq conflicts, British Prime Ministers were asked to contribute forces to an American-led war that was deeply unpopular in the United Kingdom. This presented Harold Wilson and Tony Blair with conflicting incentives and constraints: to support their senior ally or to make policy based upon domestic considerations. Why did Harold Wilson decline to commit British forces while Tony Blair agreed to do so? With situational factors generating conflicting predictions, I argue that investigation of individual-level variables is necessary. In particular, I suggest that leaders vary systematically in their willingness to subordinate the concerns of constituents to strategic imperatives, and that introducing the leadership style categories of “constraint challenger” and “constraint respecter” can make more determinate the linkage between domestic politics and strategic concerns.

2006 The British choice in Iraq has been characterized as “Tony Blair's War,” with many believing that the personality and leadership style of the prime minister played a crucial part in determining British participation. Is this the case? To investigate, I employ at-a-distance measures to recover Blair's personality from his responses to foreign policy questions in the House of Commons. I find that he has a high belief in his ability to control events, a low conceptual complexity, and a high need for power. Using newly available evidence on British decision making, I show how Blair's personality and leadership style did indeed shape both the process and outcome of British foreign policy toward Iraq. The research reemphasizes the importance of individual level factors in theories of foreign policy, as well as offering a comprehensive explanation of a critical episode.