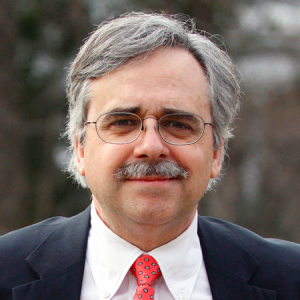 
Dr. Farnsworth has spent decades researching how media and politics intersect. Check out his website at stephenfarnsworth.net. Redrawing the electoral map – did redistricting even the playing field for Virginia voters? 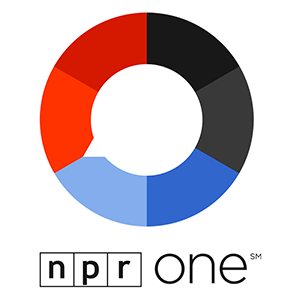 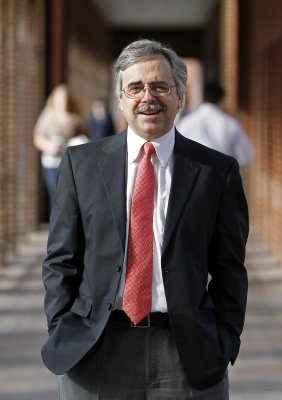 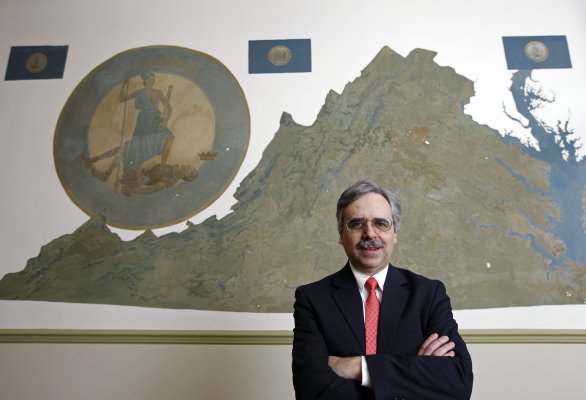 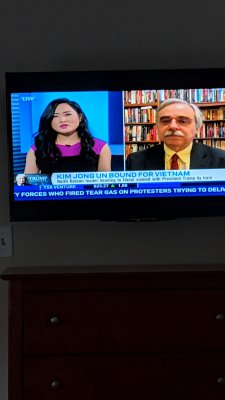 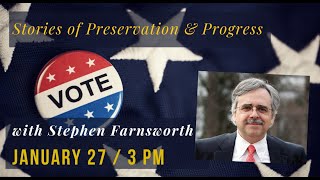 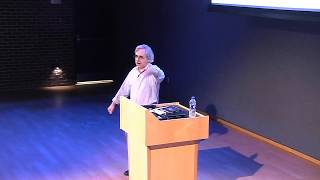 Dr. Farnsworth is a sought-after political commentator on subjects ranging from presidential politics to the local Virginia congressional races. He has been widely featured in national media, including The Washington Post, Reuters, The Chicago Tribune and MSNBC.

He is author or co-author of seven books on presidential communication. His work, "Presidential Communication and Character: White House News Management from Clinton and Cable to Twitter and Trump," examines how the last four U.S. presidents sell themselves and their policies in an ever-expanding and sometimes precarious media environment.

Among his other books are "The Global President;" "Spinner in Chief: How Presidents Sell Their Policies and Themselves;" "The Nightly News Nightmare: Media Coverage of U.S. Presidential Elections, 1988-2008;" "The Mediated Presidency: Television News and Presidential Governance;" "Political Support in a Frustrated America;" and "Late Night With Trump: Political Humor and the American Presidency."

A professor at University of Mary Washington for nearly two decades, he established the University’s Center for Leadership and Media Studies. He is recipient of the 2017 Virginia Outstanding Faculty Award by the State Council of Higher Education of Virginia (SCHEV), and was recognized for his service to the national political science honor society Pi Sigma Alpha. The University has bestowed four teaching honors, including the Alumni Association Outstanding Young Faculty Member Award, the Mary W. Pinschmidt Teaching Award, the Richard Palmieri Outstanding Professor Award and the Waple Research Professorship Award.

Stephen J. Farnsworth, University of Mary Washington professor of political science and director of the Center for Leadership and Media Studies, has received the prestigious 2017 Virginia Outstanding Faculty Award by the State Council of Higher Education of Virginia (SCHEV).

Stephen Farnsworth, professor of political science and director of the UMW Center for Leadership and Media Studies, was recognized for his dedication and service to Pi Sigma Alpha, the national political science honor society, at the American Political Science Association Conference in September 2016.

Awarded by the Virginia Association of Communication Arts and Sciences.

Awarded by the Alumni Association of Mary Washington College.

Presented by the graduating class to the faculty member "who had the greatest impact on their lives" at Mary Washington College.

Presented by Mortar Board honor and service society in recognition of exceptional teaching and service to Mary Washington College.

In an interview with the Washington Post, Stephen Farnsworth, a University of Mary Washington political scientist, believes that this budget is a test of the new governor’s power to wrest sweeping tax cuts out of a divided Capitol.

Virginia early voting, GOP conventions: What you need to know

“2022 is a year full of changes that people are going to be experiencing. We have a new early voting system in place, we have new congressional districts, and depending on where you are in Virginia, the Republican primary may be a Republican convention instead,” said Stephen Farnsworth, a political science professor at the University of Mary Washington. “It’s a very complicated system for voters, and without an awful lot of effort, turnout is likely to be pretty low as a result of all these changes.”

Stephen Farnsworth at the University of Mary Washington says early voting is especially useful for a summertime primary.

"This is a preliminary opinion going back to February, so it tells us that at the moment there were five votes to overrule the Roe v. Wade decision nearly fifty years ago that legalized abortion nationally," said Stephen Farnsworth.

But Stephen J. Farnsworth, a political scientist at the University of Mary Washington, said that “there is no indication” that the two chambers are very close to reaching an agreement on the budget. “My guess is that there will be another one-day session, maybe in May or June, to keep the government operating after June 30,” he said.

What to expect from this year's reconvene session

Stephen Farnsworth at the University of Mary Washington says don't look for a resolution on all the outstanding issues. "The biggest issue, though, is the one that doesn't seem likely to be resolved this week and that's the difference between the House and the Senate on the budget," Farnsworth explains. "So we’re still looking at negotiators being some distance apart."

“There’s no doubt Jon Stewart made much more of a splash in public discourse 20 years ago than he’s making today,” said Stephen Farnsworth, a professor of political science and international affairs at University of Mary Washington and co-author of a book about late-night TV shows during the Trump era.

“I expect it’s going to narrow considerably once there are Republican nominees in the Virginia 2nd and Virginia 7th,” said Stephen Farnsworth, director of the Center for Leadership and Media Studies at the University of Mary Washington in Fredericksburg.

Youngkin’s move poses a dilemma for both Republicans and Democrats already entrenched in a budget stalemate, said Stephen J. Farnsworth, a political scientist at the University of Mary Washington. “The governor’s national political fortunes and credibility for the rest of his term depend on winning in year one, and the credibility of the Democratic majority in the Senate in terms of telling the governor that he has to work with them also depends on a win in year one. Both sides show little interest in compromise and that’s why we are where we are,” Farnsworth said.

Partisanship marked a 2022 session without any major accomplishments

Stephen Farnsworth at the University of Mary Washington says modern political parties are much more ideologically consistent now than they used to be.

In previous years, having more money available might have made things easier. But Stephen Farnsworth at the University of Mary Washington says the fact that it's actually making things more complicated is a reflection of increased partisanship.

In a purple district in purple Virginia, soaring inflation takes the stage in the midterms battle

Stephen Farnsworth, a political scientist at the University of Mary Washington, said that Spanberger’s old 7th district was the most conservative district in Virginia that a Democrat represented. “Congresswoman Spanberger basically wrote the book on how a Democratic member of Congress can get elected in an unfriendly terrain,” Farnsworth said. “And her mixture of an economic focus and a national security focus can resonate in Virginia.”

Ukraine Tops State of the Union

"It is absolutely a moment for a president who has spent most of his professional life focused on international matters but in a position to engage in this crisis with an expertise and professionalism that many American presidents have had but some have not, " said Stephen Farnsworth.

"It is important to remember that the American public opinion often doesn't have a lot of experience and focus on international concerns. We are a very domestically focused nation," said Stephen Farnsworth.

The New Virginia: Politics and the Economy after the 2017 Elections

Reviewing the 2017 Elections in Virginia

The Trump Presidency, the Mass Media and Public Opinion

The Identity Crises of the Democratic and Republican Parties

Donald Trump and the Late-Night Political Humor of Campaign 2016: All the Donald, All the Time

Media Bias is a Threat to American Democracy

Digital Media, Public Opinion and the US Presidential Race

The Presidential Candidates, the Mass Media and the Angry Voters of 2016

A Comparative Analysis of the Partisan Targets of Media Fact-checking

Barack Obama and the Rise of the Diffident Presidential Style

Studying the Presidency after 9/11: Re-considering Presidential Character in Domestic and International Contexts

9/11 and the Academy Conference at Emory & Henry College  Emory, Va

The Automated Coding of Sentiment in Political News Coverage: Examining Newspaper Coverage of the 2013 Race for Governor of Virginia

Donald Trump and the Late-Night Political Humor of Campaign 2016: All the Donald, All the Time.

This One Map Shows the Republicans’ Problem in Virginia

The Virginia News Letter. Weldon Cooper Center for Public Service at the University of Virginia. 92(3): 1-8 (August 2016).

News coverage of Trump is really, really negative. Even on Fox News

Donald Trump will probably be the most ridiculed president ever

Stephen Farnsworth is co-author of an opinion column, “Late Night Tells Three Times as Many Jokes about 2016 Republicans as Democrats,” published by "The Fix" blog of the Washington Post.

“The 2015 Election in Virginia: A Tribute to Gerrymandering.”

A map by Stephen Hanna, professor of geography, and a column by Stephen Farnsworth, professor of political science and director of the University’s Center for Leadership and Media Studies, which both discussed the recent state legislative elections were published in "The Fix" blog of The Washington Post. The column was titled “The 2015 Election in Virginia: A Tribute to Gerrymandering.”

With Overwhelming Support for Nonpartisan Redistricting, Virginians are Studying Ways to Make That Happen

Weldon Cooper Center for Public Service at the University of Virginia

An Extended Presidential Honeymoon: Coverage of Barack Obama in The New York Times during 2009 and 2010

Event-Driven Environmental News in the U.S. and Canada

Authors’ Response: Improving News Coverage in the 2012 Presidential Campaign and Beyond