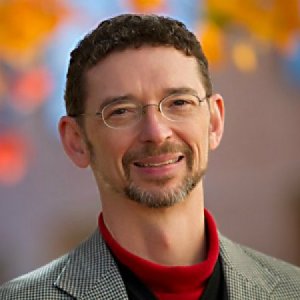 
Stephen Frye is a professor and director of the Center for Integrative Chemical Biology and Drug Discovery. 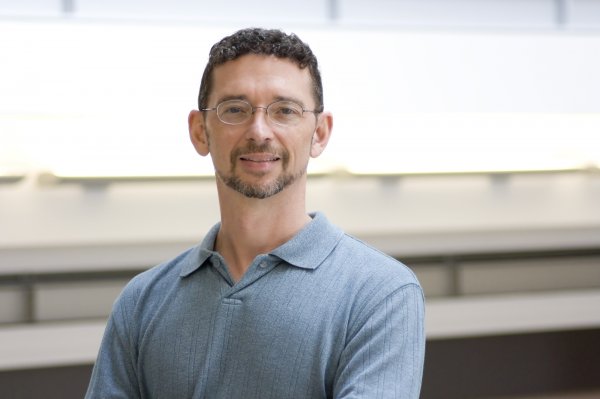 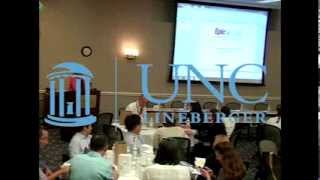 Stephen Frye is a professor and director of the Center for Integrative Chemical Biology and Drug Discovery at the University of North Carolina in Chapel Hill. His research focuses on chemical biology of chromatin regulation and drug discovery.

After obtaining a BS in chemistry at North Carolina State University in 1983, Frye joined the laboratory of Professor Ernest Eliel at UNC-Chapel Hill. Frye’s research at UNC focused on asymmetric synthesis and included an off-campus research fellowship in Lausanne, Switzerland, to investigate mechanisms of stereoselective organometallic reactions via NMR kinetics.

Upon completing his PhD in 1987, Frye began his professional career as a medicinal chemist at the newly initiated US research site for Glaxo, located at that time in temporary facilities in Venable Hall on the UNC campus. He subsequently led the project that resulted in Avodart, GlaxoSmithKline’s dual 5a-reductase inhibitor for treatment of benign prostatic hyperplasia. The drug is currently under investigation for the prevention of prostate cancer.

Shortly after Glaxo merged with Wellcome in 1995, Frye established a new chemistry department in Research Triangle Park based upon kinase target class science and GSK’s kinase inhibitors. Tykerb (a dual erbB2/EGFR inhibitor approved for the treatment of metastatic breast cancer) and Pazopanib (approved for renal carcinoma) were discovered within this department. In 1999 he began a secondment at GW’s Stevenage site in the United Kingdom leading a research unit in medicinal chemistry. Following the merger with GSK in the spring of 2000, he was selected to lead GSK’s High Throughput Chemistry Group that evolved into Discovery Medicinal Chemistry (DMC).

Over the seven years Frye led DMC, the group grew to more than 200 chemists and developed global target-class chemical science and a compound collection strategy that enhanced both the productivity and quality of GSK’s hit and lead generation across all therapeutic areas. Stephen joined the UNC School of Pharmacy in October 2007 to create the CICBDD in cooperation with the Lineberger Comprehensive Cancer Center, the School of Medicine, and the Department of Chemistry.

Polycomb-directed repression of gene expression is frequently misregulated in human diseases. A quantitative and target-specific cellular assay was utilized to discover the first potent positive allosteric modulator (PAM) peptidomimetic, UNC4976, of nucleic acid binding by CBX7, a chromodomain methyl-lysine reader of Polycomb repressive complex 1. The PAM activity of UNC4976 resulted in enhanced efficacy across three orthogonal cellular assays by simultaneously antagonizing H3K27me3-specific recruitment of CBX7 to target genes while increasing non-specific binding to DNA and RNA. PAM activity thereby reequilibrates PRC1 away from H3K27me3 target regions. Together, our discovery and characterization of UNC4976 not only revealed the most cellularly potent PRC1-specific chemical probe to date, but also uncovers a potential mechanism of Polycomb regulation with implications for non-histone lysine methylated interaction partners.

Non-Hodgkin lymphomas (NHLs) make up the majority of lymphoma diagnoses and represent a very diverse set of malignancies. We sought to identify kinases uniquely up-regulated in different NHL subtypes. Using multiplexed inhibitor bead-mass spectrometry (MIB/MS), we found Tyro3 was uniquely up-regulated and important for cell survival in primary effusion lymphoma (PEL), which is a viral lymphoma infected with Kaposi’s sarcoma-associated herpesvirus (KSHV). Tyro3 was also highly expressed in PEL cell lines as well as in primary PEL exudates. Based on this discovery, we developed an inhibitor against Tyro3 named UNC3810A, which hindered cell growth in PEL, but not in other NHL subtypes where Tyro3 was not highly expressed. UNC3810A also significantly inhibited tumor progression in a PEL xenograft mouse model that was not seen in a non-PEL NHL model. Taken together, our data suggest Tyro3 is a therapeutic target for PEL.

Stabilization of the MYC oncoprotein by KRAS signaling critically promotes the growth of pancreatic ductal adenocarcinoma (PDAC). Thus, understanding how MYC protein stability is regulated may lead to effective therapies. Here, we used a previously developed, flow cytometry–based assay that screened a library of >800 protein kinase inhibitors and identified compounds that promoted either the stability or degradation of MYC in a KRAS-mutant PDAC cell line. We validated compounds that stabilized or destabilized MYC and then focused on one compound, UNC10112785, that induced the substantial loss of MYC protein in both two-dimensional (2D) and 3D cell cultures. We determined that this compound is a potent CDK9 inhibitor with a previously uncharacterized scaffold, caused MYC loss through both transcriptional and posttranslational mechanisms, and suppresses PDAC anchorage-dependent and anchorage-independent growth. We discovered that CDK9 enhanced MYC protein stability through a previously unknown, KRAS-independent mechanism involving direct phosphorylation of MYC at Ser62. Our study thus not only identifies a potential therapeutic target for patients with KRAS-mutant PDAC but also presents the application of a screening strategy that can be more broadly adapted to identify regulators of protein stability.

Many common disease-causing mutations result in loss-of-function (LOF) of the proteins in which they occur. LOF mutations have proven recalcitrant to pharmacologic intervention, presenting a challenge for the development of targeted therapeutics. Polycomb repressive complex 2 (PRC2), which contains core subunits (EZH2, EED, and SUZ12), regulates gene activity by trimethylation of histone 3 lysine 27. The dysregulation of PRC2 catalytic activity by mutations has been implicated in cancer and other diseases. Among the mutations that cause PRC2 malfunction, an I363M LOF mutation of EED has been identified in myeloid disorders, where it prevents allosteric activation of EZH2 catalysis. We describe structure-based design and computational simulations of ligands created to ameliorate this LOF. Notably, these compounds selectively stimulate the catalytic activity of PRC2-EED-I363M over wildtype-PRC2. Overall, this work demonstrates the feasibility of developing targeted therapeutics for PRC2-EED-I363M that act as allosteric agonists, potentially correcting this LOF mutant phenotype.

MERTK is ectopically expressed and promotes survival in acute lymphoblastic leukemia (ALL) cells and is thus a potential therapeutic target. Here we demonstrate both direct therapeutic effects of MERTK inhibition on leukemia cells and induction of anti-leukemia immunity via suppression of the coinhibitory PD-1 axis. A MERTK-selective tyrosine kinase inhibitor, MRX-2843, mediated therapeutic anti-leukemia effects in immunocompromised mice bearing a MERTK-expressing human leukemia xenograft. In addition, inhibition of host MERTK by genetic deletion (Mertk–/– mice) or treatment with MRX-2843 significantly decreased tumor burden and prolonged survival in immune-competent mice inoculated with a MERTK-negative ALL, suggesting immune-mediated therapeutic activity. In this context, MERTK inhibition led to significant decreases in expression of the coinhibitory ligands PD-L1 and PD-L2 on CD11b+ monocytes/macrophages in the leukemia microenvironment. Furthermore, although T cells do not express MERTK, inhibition of MERTK indirectly decreased PD-1 expression on CD4+ and CD8+ T cells and decreased the incidence of splenic FOXP3+ Tregs at sites of leukemic infiltration, leading to increased T cell activation. These data demonstrate direct and immune-mediated therapeutic activities in response to MERTK inhibition in ALL models and provide validation of a translational agent targeting MERTK for modulation of tumor immunity.

Although all kinases share the same ATP binding pocket, subtle differences in the residues that form the pocket differentiate individual kinases’ affinity for ATP competitive inhibitors. We have found that by introducing a single methyl group, the selectivity of our MERTK inhibitors over another target, FLT3, was increased up to 1000-fold (compound 31). Compound 19 was identified as an in vivo tool compound with subnanomolar activity against MERTK and 38-fold selectivity over FLT3 in vitro. The potency and selectivity of 19 for MERTK over FLT3 were confirmed in cell-based assays using human cancer cell lines. Compound 19 had favorable pharmacokinetic properties in mice. Phosphorylation of MERTK was decreased by 75% in bone marrow leukemia cells from mice treated with 19 compared to vehicle-treated mice.