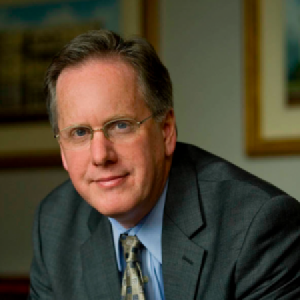 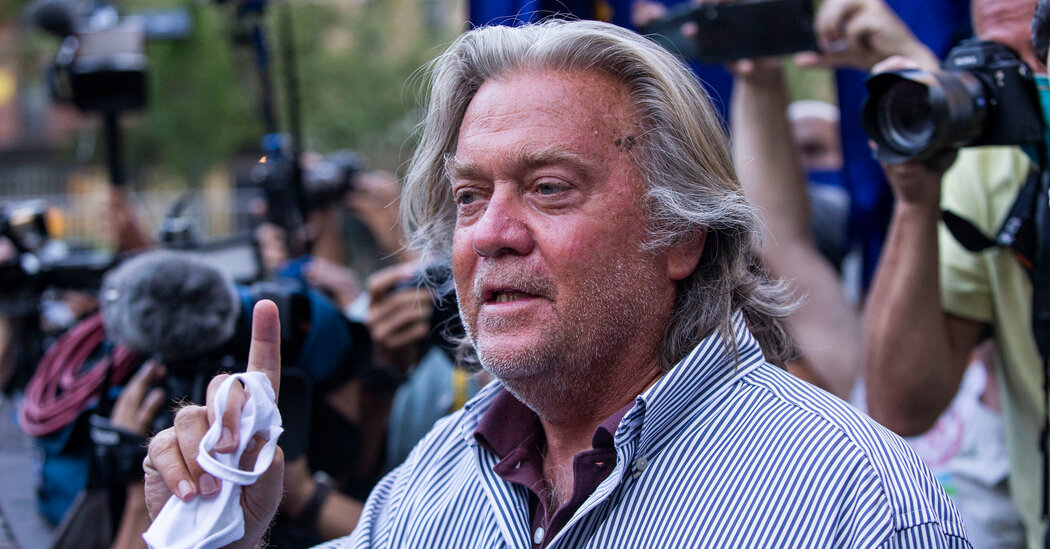 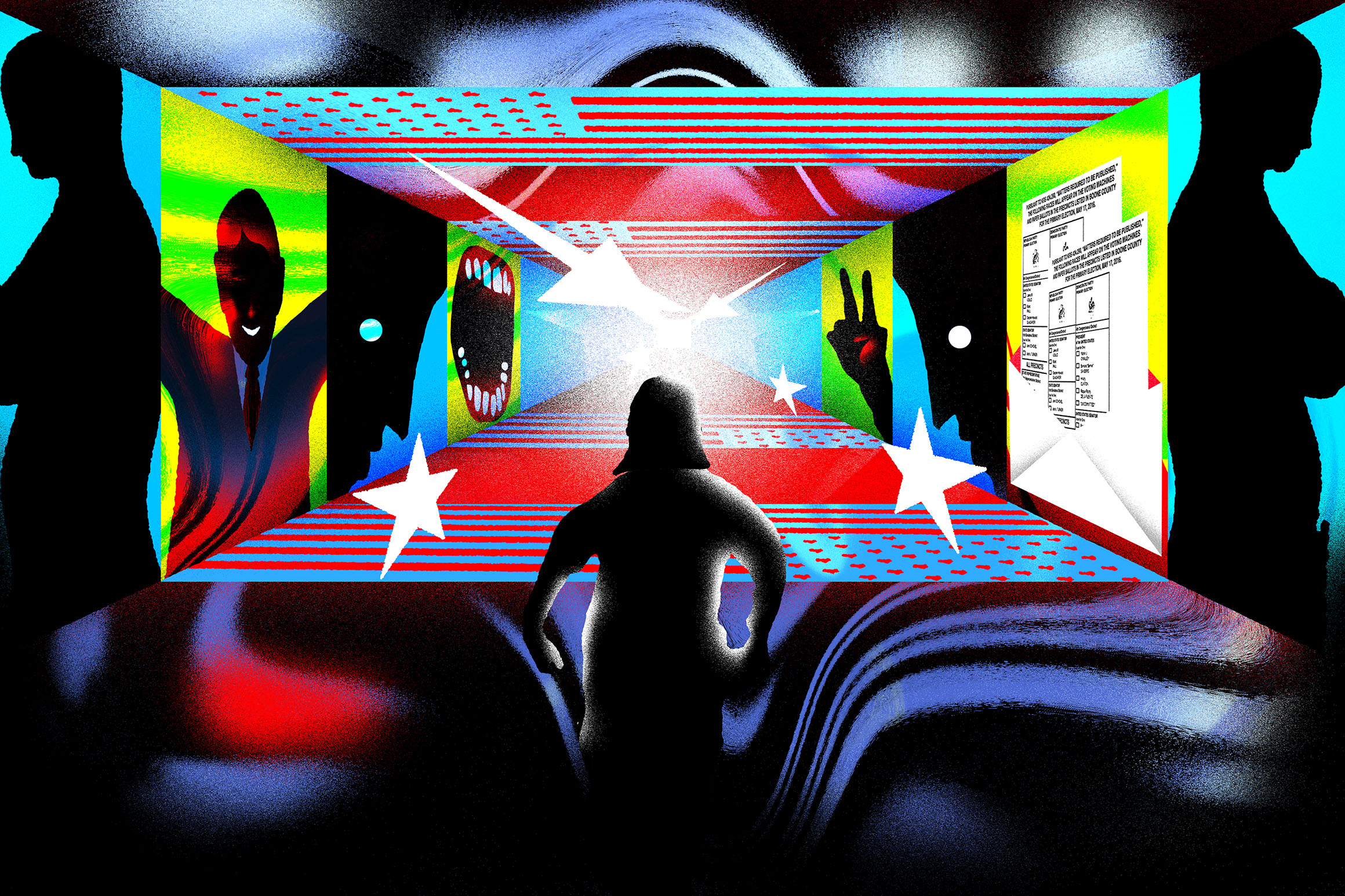 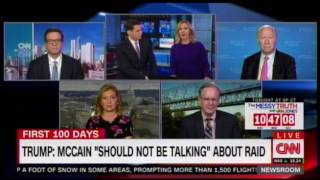 Stephen Griffin specializes in constitutional theory and history. His work emphasizes understanding American constitutional law from an interdisciplinary, historical point of view that is theoretically informed, and he tries to build bridges between scholars in law and political science.

Griffin, who joined the Tulane Law faculty in 1989, is the author of American Constitutionalism: From Theory to Politics (Princeton University Press 1996), Long Wars and the Constitution (Harvard University Press 2013) and Broken Trust: Dysfunctional Government and Constitutional Reform (University Press of Kansas 2015). He also co-edited a reader now in its fourth edition, "Constitutional Theory: Arguments and Perspectives" (Lexis 2014). His writing, which includes more than 40 articles, book chapters and reviews on constitutional law and theory, has been cited in political science and history journals as well as law reviews.

He received the Sumter Marks Award for his scholarly publications in 2000 and the Felix Frankfurter Distinguished Teaching Award, the Law School’s highest teaching award, from the Class of 2002. He was Tulane Law School’s Vice Dean of Academic Affairs in 2001-04 and 2006-09 and Interim Dean in 2009-10.

He is a member of the American Political Science Association and has chaired the Association of American Law Schools section on Constitutional Law. He helped organize a joint AALS/APSA Conference on Constitutional Law held in 2002. Before being hired at Tulane, he was a Bigelow Fellow at the University of Chicago and research instructor in law at New York University.

The Senate impeachment trial is here. So what’s next?

"What’s really up in the air is what happens when either side starts making motions to Chief Justice Roberts," Griffin said. "Will he rule on them independently, or will he follow McConnell’s ‘advice’? That’s really what happened in the Clinton trial. So, roughly, the first part of the trial is clear to me — it will follow the Clinton model. The second part is not set and could get really wild, depending also on the release of additional evidence."

"Impeachment, the point here is not just to remove or not. The point is whether at the end of the day President Trump will be checked in what the Democrats felt was an obvious transgression,” said Griffin.

Could Donald Trump be impeached, removed and run for re-election? It’s possible

"It is up to the Senate to make that decision," said Stephen M, Griffin, a Tulane University law professor.

What you need to know about executive privilege

Against Historical Practice: Facing Up to the Challenge of Informal Constitutional Change

2019 Contentious disputes over war powers and judicial nominations in the Obama and Trump administrations as well as recent Supreme Court cases have drawn increased attention to the use of historical “practice” in American constitutional law. The use of governmental practice to inform legal analysis has a long pedigree in the American constitutional tradition. In this essay I argue that it is nonetheless fundamentally flawed in multiple ways that suggest it should be replaced or, at least, reconstructed. Practice-based accounts of constitutional law should be understood as raising the crucial question of how to understand informal constitutional change. This is change that is in some sense legal, perhaps even equivalent in significance to a formal amendment, but falls outside the Article V process. To replace the use of practice, I advocate an approach which I call “constitutional change as state building.” In Part I, I review two types of appeals to practice that are suggested by the literature. First, there is the “comity” version associated with Justice Frankfurter’s influential test in Youngstown. Second, there is the “invitation to struggle” version suggested by Edward Corwin’s famous remark concerning the locus of constitutional power in foreign policy. This latter version is perhaps best exemplified by the controversy over presidential war powers. I argue that both of these versions are underdeveloped. They tend to bypass the relationship of the various incidents of the use of governmental power to the kind of contextual shifts best analyzed by historians. In addition, they fail to answer the practical question of how we are to know when enough incidents of “practice” are sufficient to generate law. To develop my argument, I specify seven objections to practice-based accounts of constitutional law in Part II. I illustrate the force of these objections in Part III by discussing several examples drawn from the dispute over presidential war powers. Part IV presents my alternative theory, constitutional change as state building, which requires incidents of governmental action to be institutionalized in a constitutional order before they can be regarded as valid law.

2018 The unconventional presidency of Donald Trump has made presidential impeachment once again an issue of national concern. But do legal scholars have a good grasp on what happened in past presidential impeachments with respect to the meaning of the constitutional standard (“high crimes and misdemeanors”)? In this essay, I argue that prior scholarship has largely ignored the historical context and thus the real lessons of the three most prominent instances in which Congress attempted to impeach and convict a president: those of Andrew Johnson, Richard Nixon, and Bill Clinton. The essay then goes beyond these historical episodes to make a contribution to the ongoing debate in constitutional theory over theories of informal constitutional change. Impeachment scholarship has been predominantly originalist. There is a large measure of consensus on the meaning of the “high crimes and misdemeanors” standard, which I call the “Hamiltonian vision.” The Hamiltonian vision is that impeachment can be used for a broad category of “political” offenses. Most scholars agree that impeachment does not require Congress to allege an indictable offense or other violation of law. Despite this scholarly consensus, the historical reality of the Johnson, Nixon, and Clinton impeachments is quite different. Contrary to prior legal scholarship, I argue that a party-political logic overwhelmed the framers’ design and created a situation in which the position that impeachment is limited to indictable offenses could not be effectively discredited. I use the example of impeachment to generalize about the process of informal constitutional change and understand what I call its “historical logic.” The essay goes beyond a simple reaffirmation of living constitutionalism to advocate the value of an alternative methodology called “developmental” analysis. Developmental analysis makes explicit what is implicit in most work on living constitutionalism – that it rests on a historicist approach in which institutional changes such as political parties establish new constitutional baselines which are the practical equivalent of constitutional amendments. These baselines then form the new context going forward for evaluating the constitutionality of official action.

Trump, Trust and the Future of the Constitutional Order

2017 In this short essay I assess the meaning of Trump’s election for the future of our constitutional order. The efficacy and, perhaps, stability of our constitutional order are in question and we should try to understand why. In particular, I argue that we should consider the possibility that Trump’s success is the product of longstanding trends that show the Constitution to be more crisis-prone than many would like to admit. These crises are internal to the constitutional order, based in the reality that it has long placed political elites in the position of informally adapting an obdurate Constitution to the changing responsibilities placed on the national state. Given this perspective, I provide three takes on Trump and the future of the constitutional order. Part I argues that Trump’s victory was enabled by the long-term decline in political trust. It is important to understand that no matter whether President Trump succeeds or fails, the problems of trust and dysfunctional government will remain front and central. Part II contends that the challenge Trump presents cannot be remedied by returning to the verities of the Constitution because the Constitution is part of the problem. I critique the view that the Constitution’s checks and balances will be sufficient to steer the Trump administration within safe boundaries. Instead we should face the music and acknowledge that the dysfunctional operation of the contemporary constitutional order made Trump’s rise possible in the first place. The reality is that our governing order, weakened by a systemic loss of trust, is increasingly unable to reproduce those conditions that contribute to its maintenance and success. In Part III, I briefly discuss to what extent the Trump presidency is consistent with political regime theory, particularly the highly influential theory of “political time” put forward by Stephen Skowronek. Skowronek’s theory depends on the recurrence of “reconstructive” presidencies that open up new possibilities for the national agenda. I argue that the dysfunction at the heart of our constitutional order has made those sorts of presidencies difficult, if not impossible. The last three presidencies of Bush, Obama, and now Trump suggest strongly that this dysfunction that must be addressed before American politics and policy can move forward.