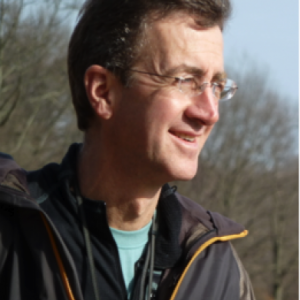 
Expert in ecosystem ecology and biogeochemistry, with particular attention to aquatic environments

My principal research interests involve ecosystem ecology and biogeochemistry, with particular attention to aquatic environments and the movement of water through landscapes. I am especially interested in running waters, wetlands and floodplains because they represent an interface between aquatic and terrestrial ecosystems that is often biologically diverse and productive. I also like to consider ecosystem processes at the landscape or watershed scale, and I prefer to do research that contributes to our understanding of environmental problems or improves our ability to manage ecosystems. In recent years I have increasingly conducted research on agricultural ecology and the sustainability of crop production for food and biofuel.

I believe that to understand how ecosystems work, we frequently need to integrate approaches from varied disciplines such as geology, chemistry, remote sensing, and hydrology as well as ecology. Therefore I encourage multidisciplinary investigations that seek to improve our understanding of ecosystems and environmental problems. Stable isotopes are one of my favorite tools for ecological investigations.

I am presently devoting much of my time to agricultural ecology and the study of various aspects of aquatic ecosystems in southern Michigan, including wetlands, streams, lakes, and watersheds. I also work on tropical ecosystems in South America and dryland river ecosystems in Australia.

While invasive zebra mussels consume small plant-like organisms called phytoplankton, Michigan State University researchers discovered during a long-term study that zebra mussels can actually increase Microcystis, a type of phytoplankton known as "blue-green algae" or cyanobacteria, that forms harmful floating blooms. "Lakes colonized by zebra mussels tend to have about three times more Microcystis," said Stephen Hamilton, a professor at the W.K. Kellogg Biological Station and the Department of Integrative Biology within the College of Natural Science, who was curious to see if there was a relationship between the Microcystis and zebra mussels.

2018 Land use conversions into and out of agriculture may influence soil–atmosphere greenhouse gas fluxes for many years. We tested the legacy effects of land use on cumulative soil nitrous oxide (N2O) fluxes for 5 yr following conversion of 22‐yr‐old Conservation Reserve Program (CRP) grasslands and conventionally tilled agricultural fields (AGR) to continuous no‐till corn, switchgrass, and restored prairie. An unconverted CRP field served as a reference. We assessed the labile soil C pool of the upper 10 cm in 2009 (the conversion year) and in 2014 using short‐term soil incubations. We also measured in situ soil N2O fluxes biweekly from 2009 through 2014 using static chambers except when soils were frozen. The labile C pool was approximately twofold higher in soils previously in CRP than in those formerly in tilled cropland. Five‐year cumulative soil N2O emissions were approximately threefold higher in the corn system on former CRP than on former cropland despite similar fertilization rates (~184 kg N·ha−1·yr−1). The lower cumulative emissions from corn on former cropland were similar to emissions from switchgrass that was fertilized less (~57 kg N·ha−1·yr−1), regardless of former land use, and lowest emissions were observed from the unfertilized restored prairie and reference systems. Findings support the hypothesis that soil labile carbon levels modulate the response of soil N2O emissions to nitrogen inputs, with soils higher in labile carbon but otherwise similar, in this case reflecting land use history, responding more strongly to added nitrogen.

2018 Bicarbonate (HCO3), the predominant form of dissolved inorganic carbon in natural waters, originates mostly from watershed mineral weathering. On time scales of decades to centuries, riverine fluxes of HCO3 to the oceans and subsequent reactions affect atmospheric CO2, global climate and ocean pH. This review summarizes controls on the production of HCO3 from chemical weathering and its transport into river systems. The availability of minerals and weathering agents (carbonic, sulfuric, and nitric acids) in the weathering zone interact to controlHCO3 production, and water throughput controls HCO3 transport into rivers. Human influences on HCO3 fluxes include climate warming, acid precipitation, mining, concrete use, and agricultural fertilization and liming. We currently cannot evaluate the net result of human influences on a global scale but HCO3 fluxes are clearly increasing in some major rivers as shown here for much of the United States. This increase could be partly a return to pre‐industrial HCO3 fluxes as anthropogenic acidification has been mitigated in the United States, but elsewhere around the world anthropogenic acidification could be leading to decreased concentrations and fluxes.

2018 Organic matter and nutrient loading into aquatic ecosystems affects ecosystem structure and function and can result in eutrophication and hypoxia. Hypoxia is often attributed to anthropogenic pollution and is not common in unpolluted rivers. Here we show that organic matter loading from hippopotami causes the repeated occurrence of hypoxia in the Mara River, East Africa. We documented 49 high flow events over 3 years that caused dissolved oxygen decreases, including 13 events resulting in hypoxia, and 9 fish kills over 5 years. Evidence from experiments and modeling demonstrates a strong mechanistic link between the flushing of hippo pools and decreased dissolved oxygen in the river. This phenomenon may have been more widespread throughout Africa before hippopotamus populations were severely reduced. Frequent hypoxia may be a natural part of tropical river ecosystem function, particularly in rivers impacted by large wildlife.