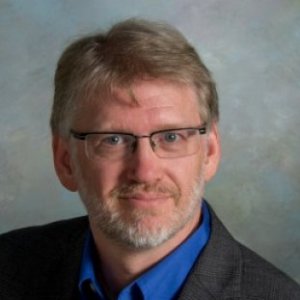 
Dr. Hanna's research in cultural geography explores how our pasts are represented in monuments and museums.

Presidential plantations – are they leaving out slavery when telling the story of America’s history? 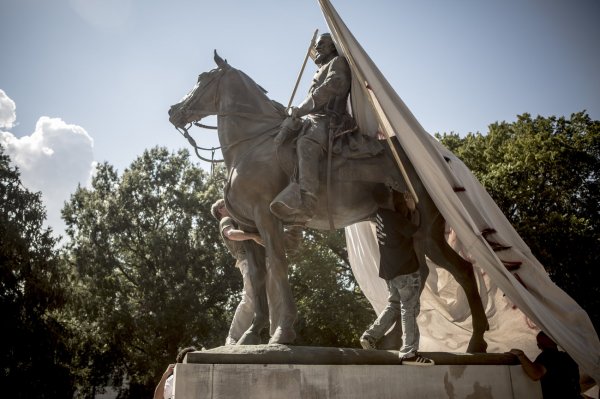 Understanding the meaning of America’s monuments 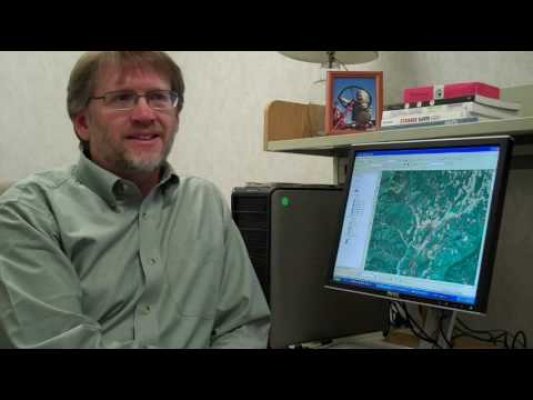 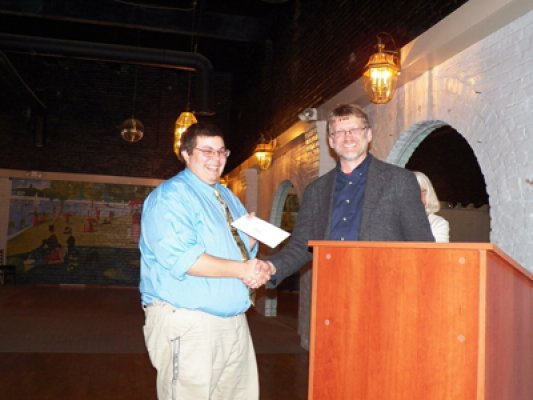 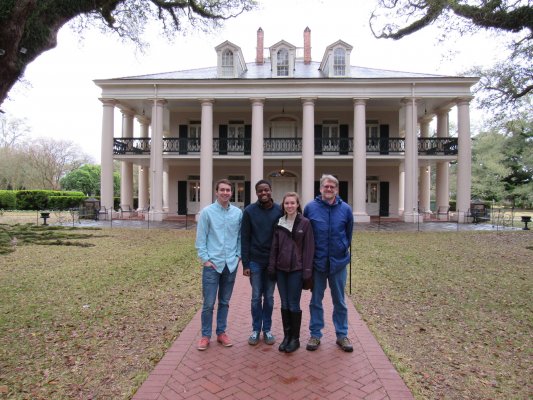 Every Southern plantation has a story to tell. In his work chronicling how slavery has been incorporated into the U.S. commemorative landscape, University of Mary Washington Professor of Geography Stephen P. Hanna taps into missing antebellum and Civil War-era narratives.

Also an expert on cartography and critical applications of GIS, Dr. Hanna, a human geographer by training, is interested in the economic and cultural characteristics of places within the global economy.

He has used maps to study election outcomes; his columns analyzing regional, state and national elections have appeared in The Washington Post and The Richmond-Times Dispatch, among other publications.

His work with professors from six other universities on “Transformation of Racialized American Southern Heritage Landscape,” was made possible through a National Science Foundation grant. The team is documenting visitors’ experiences to show how slavery is presented at plantation house museums in Louisiana, South Carolina and Virginia.

Dr. Hanna also studied how markers represent slavery in the historical landscape of Fredericksburg, Virginia with the help of several UMW students. This work appeared in Social and Cultural Geography, The Southeastern Geographer, Cultural Geographies and as a chapter in Social Memory and Heritage Tourism Methodologies (2015), a book he co-edited.

Hanna co-edited the book "Mapping Tourism" (2003), and his work appears in publications such as Progress in Human Geography, Urban Geography, Cartographica and ACME: An International E-Journal for Critical Geographies. He is a member of the Association of American Geographers and regularly prepares maps for academic books and journals, including a recent depiction of the shift in vote for Virginia Senator Mark Warner between 2001 and 2014.

The AAG Fellows program recognizes geographers who have made significant contributions to advancing geography.

Professor of Geography Stephen Hanna won the Research Honors Award for his work in critical and cultural geography.

The nomination-based award recognizes faculty members who have made outstanding contributions to their scholarly or creative area of expertise.

Steve Hanna, a cultural geographer at the University of Mary Washington in Fredericksburg, Virginia, studies how presidential sites present Black history. At Montpelier, according to his research, visitors reported learning more about and feeling more empathy for enslaved people than at similar sites.

On May 17, 2022, after weeks of negative stories on Montpelier in the national press, the foundation that operates the Virginia plantation home of James Madison finally made good on its promise to share authority with descendants of people enslaved by the man known as “the father” of the U.S. Constitution.

Members of the winning team will share the $2,000 prize, and the team’s lead researcher, Dr. Stephen P. Hanna of the University of Mary Washington, will be invited to share the team’s work in a public lecture at OU during the 2020-21 academic year.

What do Fredericksburg's monuments and markers tell - or not tell - about the history of slavery in the city?

UMW geography professor Steve Hanna says the answer is some, but not enough. In 2013, he and his student assistants mapped all of the city’s historical markers and monuments to determine what stories they told—or did not tell—about the history of Fredericksburg’s enslaved population. This year, they updated that map to see if anything had changed.

A town’s historical markers tell visitors the story of a place. But what do they leave out? We take a walking tour of Fredericksburg, Virginia’s historic markers and monuments to understand its untold stories.

Virginia's political culture is changing so fast that nearly everyone is struggling to keep up. The 15-seat gain by Democrats in the House of Delegates--one of the largest single-election increases in decades--surprised experienced politicians and political observers from across the state. In addition, Virginians elected Ralph Northam governor with a 9-percentage point margin, a large increase from Terry McAuliffe's 2.5-point victory margin four years earlier.

Placing the Enslaved at Oak Valley Plantation: Narratives, Spatial Contexts, and the Limits of Surrogation"

Professor of Geography Stephen Hanna’s article, “Placing the enslaved at Oak Alley Plantation: narratives, spatial contexts, and the limits of surrogation,” appeared in a special issue of the Journal of Heritage Tourism entitled, Memory, Slavery, and Plantation Museums: The River Road Project. Hanna also co-wrote the issue’s introductory article and served as co-editor for the other five articles appearing in the issue.

11 Reading the commemorative landscape with a qualitative GIS

Critical research on commemorative landscapes often begins with an examination of dominant or hegemonic social memories reproduced through landscape creation, reproduction, and practice (Katriel, 1993; Butler, 2001; Eichstedt and Small, 2002; Hoelscher and Alderman, 2004; Hoelscher, 2006) and then attempts to excavate subaltern narratives suppressed in this process (Alderman and Campbell, 2008).

The examination of social memory and heritage tourism has grown considerably over the past few decades as scholars have critically re-examined the relationships between past memories and present actions at international, national, and local scales.

Reading the signs: using a qualitative Geographic Information System to examine the commemoration of slavery and emancipation on historical markers in Fredericksburg, Virginia

Abstract Until recently, narratives of slavery and emancipation have been absent from, or at best marginalized within, landscapes designed to commemorate colonial, antebellum, and Civil War history in Fredericksburg, Virginia, and most other places within the United States.

Cartographica: The International Journal for Geographic Information and Geovisualization

In 1873, former slave John Washington (1838-1918) wrote his memoir, Memorys of the Past. This account includes a remarkable map that locates Washington's experiences as a slave, his acts of resistance, and the route of his escape from bondage in 1862. Washington's map is both a work of memory and a rare example of a subaltern cartographic practice.

Here, George Washington Was Born: Memory, Material Culture, and the Public History of a National Monument

From Greensboro to China: YMCA architecture as international business', illustrates how the development of the YMCA Building Bureau resolved the tension between Beaux Arts-trained architects desirous to emphasize aesthetics and a YMCA leadership eager for building design to follow the Y's social programme.

Beyond the ‘Binaries’: A Methodological Intervention for Interrogating Maps as Representational Practices Vincent J. Del Casino Jr. and

The Map Reader: Theories of Mapping Practice and Cartographic Representation

A slavery museum?: Race, memory, and landscape in Fredericksburg, Virginia

In spring 2001, former governor Douglas Wilder announced that he might locate the United States National Slavery Museum in Fredericksburg, Virginia. Despite some recent changes, Fredericksburg's heritage tourism landscape, as it is built and performed, reproduces a white American nationalism extolling the virtues of individualism, valor, and free enterprise.

Beyond the 'binaries': A methodological intervention for interrogating maps as representational practices

Over the past two decades, a growing number of geographers and cartographic historians have critically examined maps as products imbued with power, the social contexts of map production, and the intimate involvement of cartography in Western imperialism ...

Representation as work in 'America's most historic city'

This paper examines how the practices of heritage tourism reproduce identities in and of Fredericksburg, Virginia. In particular, we focus on the everyday practices of tourism workers who are essential in the representation and reproduction of this heritage space. In so ...

Tourism maps remain underexamined in geography. Despite recent trends in critical cartography and tourism studies that redefine the relationship between space and representation, these geographic texts are rarely explored for their intertextual ...

Methodological frameworks for the geography of organizations

In this paper, we present three methodological frameworks for the geographic study of organizations. These are situated within three meta-theoretical perspectives in human geography: spatial science, critical realism, and post-structuralism. Each framework offers ...

Is it Roslyn or is it Cicely? Representation and the ambiguity of place

Representations or images of place are widely recognized as contributing to how people understand the places in which they live, work, and study. Increasingly they are being seen to contribute to the production of places as well. This paper addresses the relationships ...