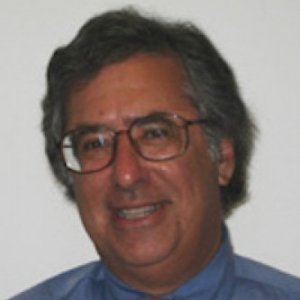 Professor Stephen Schwarz, a native of Summit, New Jersey, received his B.A. from Brown University and his J.D. from Columbia Law School. From 1969 to 1973, he was an attorney with the U.S. Department of Justice in Washington, D.C., where he litigated tax cases and observed (from afar) various impeachable offenses.

Professor Schwarz is the coauthor of several law school casebooks, including Fundamentals of Corporate Taxation and Fundamentals of Partnership Taxation (with Lathrope), and Nonprofit Organizations (with Fishman and Mayer).

Professor Schwarz lives in Marin County and maintains vacation homes at Stanford’s Roscoe Maples Pavilion, The Oakland Coliseum, and Hohokam Stadium in Mesa, Arizona. His hobbies do not include hiking, golf, cats, fly fishing, or public choice theory, or repeal of the federal estate tax.

Taxation of Corporations and Partnerships

Not since 1969, when Congress loosed a kennel of statutory watchdogs to harry the private foundation, has there been a year of such turmoil. Long-simmering issues in bizarre factual trappings forced themselves upon the appellate courts. Foundation managers who once eschewed the risk of investing in common stocks attended seminars on syndication and peddled their buildings and equipment to shelter-hungry investors - a process which raised the "Doing Better By Doing Good" banner over all manner of previously tax-inert properties...

Limiting religious tax exemptions: When should the Church render unto Caesar

The Bible relates that when the Pharisees asked Jesus whether it was permissable to pay taxes to Caesar, Jesus replied that one should "Render unto Caesar the things that are Caesar's and unto God the things that are God's." The Pharisees had hoped to entrap Jesus with their inquiry, but his responses took them by surprise. It was said that they marvelled at the facility with which he avoided answering their question while seeming to answer it with such profundity. But scholars suggest that his answer was no answer at all, because Jesus failed to disclose what things were Caesar's and what things were God's and who was to decide what rightfully belonged to each...