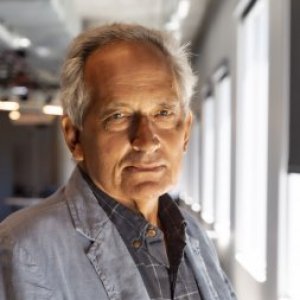 
Professor of Film and Television of Loyola Marymount University 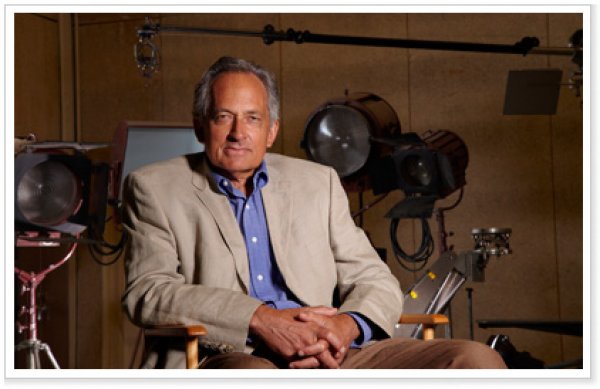 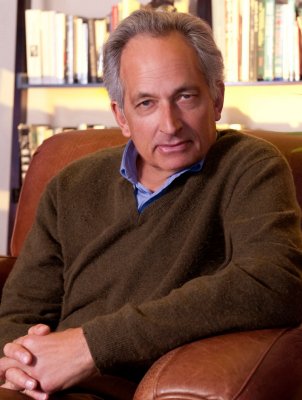 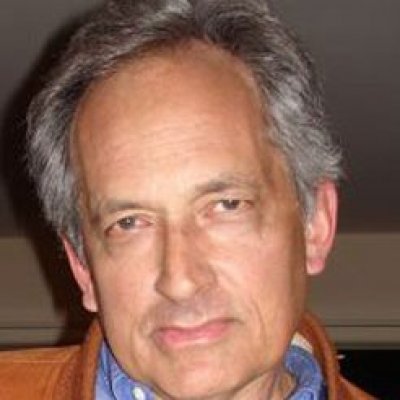 Stephen Ujlaki, producer of over 25 feature films, made-for-television movies and documentaries, was dean of the Loyola Marymount University School of Film and Television (SFTV) from 2010-2018.

Appointed in 2010, Dean Ujlaki established important programs and partnerships that elevated SFTV from a hidden gem to a top-ranked program. He is a strong advocate of career pathways, cultivating key partnerships with organizations such as Film Independent that provide students and alumni with access to the industry. In 2013, Ujlaki launched The Hollywood Masters, an interview series that connects students with Academy Award-winning directors, screenwriters and producers.

Long a champion of international cinema (he cut his teeth working alongside Jean-Luc Godard), Ujlaki has presented festivals that expose students to world cinema including a series of restored films from Cineteca di Bologna and a West African film festival that screened at LACMA. He has worked to create a diverse student body and scholarship opportunities through partnerships with Big Brothers Big Sisters and Ghetto Film School.

Prior to LMU, Ujlaki was chair of the Cinema Department at San Francisco State University. During his nine-year tenure, he spearheaded a series of innovative programs, including the creation of the DOC Film Institute, which sponsors documentary film festivals and honors leading documentary filmmakers.

Professor Ujlaki has had a long career in Hollywood, producing HBO Movies, as well as feature films. His feature credits include The Cry of the Owl starring Julia Stiles, Loch Ness with Ted Danson, The Hot Spot starring Don Johnson, Ripley Underground with Alan Cumming and the documentary Cachao: Uno Mas, which premiered on PBS’s multiple Emmy Award-winning show American Masters. He has served as the head of European Feature and Television Production for Stone Group France, Michael Douglas’ production company, and worked as vice president of development and production for HBO Pictures. Ujlaki earned his bachelor of arts from Harvard University and a master of fine arts in directing from the Institut des Hautes Etudes Cinématographiques in Paris.

Marvel, 'Star Wars,' 'Harry Potter' and more: Why the movie star no longer shines as bright as the franchise

“Stars still matter in Hollywood, possibly more than ever before,” said Stephen Ujlaki, a producer and dean of the Loyola Marymount University School of Film and Television. “Big event and franchise movies with big budgets need to attach a major star to protect the already hefty investment they are making. The reality is that star power helps audiences cut through the clutter of an endless stream of product.” 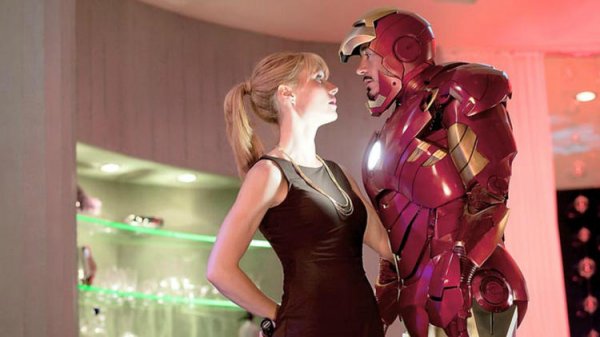 The Beverly Wilshire Hotel was packed early Sunday afternoon for the Big Brothers Big Sisters of Greater Los Angeles (BBBSLA) Accessories for Success Scholarship Luncheon, where ABC's Rebecca Campbell was honored with the Excellence in Mentor Award and Stephen Ujlaki, dean of the Loyola Marymount University School of Film and Television, accepted the Innovator Award on behalf of the university. 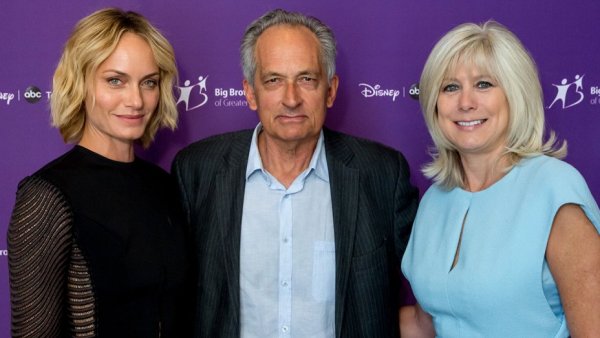 The Best Films of the 42nd Annual Telluride Film Festival

I resisted going to the Telluride Film Festival for many years because I hated all festivals, but Tom Luddy, the co-founder of the fest 42 years ago, convinced me Telluride was different. He said it was a film festival programmed for filmmakers and lovers of film. Boy, was he right! After my first visit I was hooked and this is now my sixth consecutive year. The festival always showcases a diverse slate of up and coming films, and also resurrects important and forgotten classics from the past. It is incredibly valuable for both filmmakers and cinephiles to see as wide a variety of films outside the mainstream as possible. Cinema has so much potential as an art form that it’s often in the lesser known films, whether they be foreign, domestic or from the silent era, that you witness breathtaking originality. During the recent Labor Day weekend, 42 films were shown over the four-day event, and I managed, by racing between venues, to see 15 of them. Below are the top seven films I recommend everyone try to see. 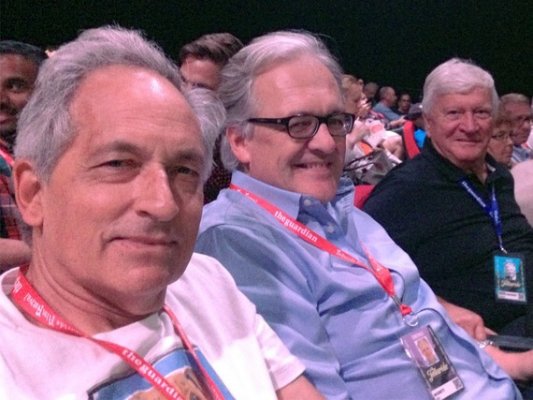 Stephen Ujlaki, dean of LMU School of Film and Television, reached out to the New York-based program about the possibilities of a residency program at the college after visiting GFS in the Bronx. "L.A. is the creative media place of the world," said Ujlaki. "It's surprising we don't have more programs like it," referring to the Ghetto Film School. 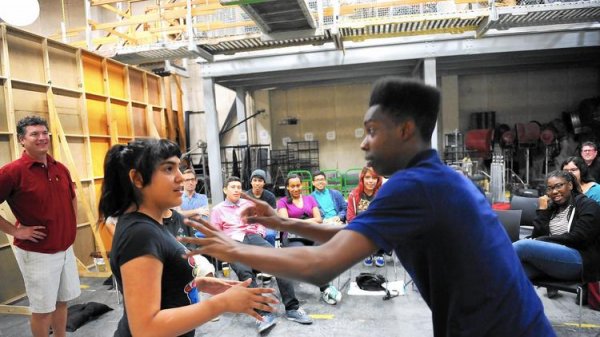 Imagine you sent your son or daughter—an aspiring screenwriter or producer or director—to film school this time last year, when Clint Eastwood’s military drama “American Sniper” became the hot topic movie and surpassed Marvel’s “Guardians of the Galaxy” to become the number-one movie released in 2014. Then, in the midst of the hubbub, your teenager received first-hand career advice from the legendary 84-year-old filmmaker himself. Ditto with Sean Penn, mere days after the actor and “Into the Wild” filmmaker made Oscar-night headlines with a controversial joke; or with Palisadians (present and former) J.J. Abrams and Judd Apatow. No need to imagine. At Loyola Marymount University’s School of Film and Television (SFTV), such moments happened and continue to happen thanks to a prestigious, SFTV-only conversation series called “The Hollywood Masters.” Credit for bringing such fresh programming and relevancy to this small film school on the campus of a Jesuit college goes to SFTV’s dean since 2010, Stephen Ujlaki, a Castellammare resident. 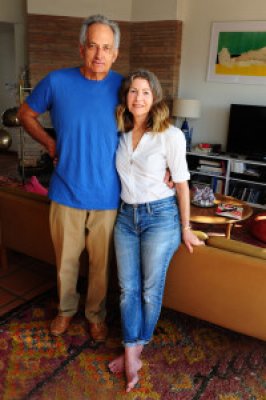 Truth Is Stronger Than Fiction: The Case for Documentaries

I just got back from the Telluride Film Festival, which took place over the Labor Day weekend in Telluride, Colorado, a beautiful town in the San Juan Mountains. The festival is always an inspiring event, welcoming hundreds of the world’s top filmmakers showing their latest films, curating programs or simply attending as spectators along with the general public. Most of the press attention is given to the latest fiction films starring well-known actors. However, for the last several years, somewhat under the radar, the festival has steadily increased the number of documentaries it shows. The reason? Festival co-founder and co-director Tom Luddy tells me that Telluride is simply responding to the growing number of excellent documentaries made around the world.

Inside his office plastered with movie posters, LMU School of Film and Television Dean Stephen Ujlaki is asking an assistant to make copies of one of his recent favorites, the 2013 documentary “Natan,” about a Franco-Romanian Jew in pre-Holocaust Europe who bought Pathé and became the unsung father of French cinema. Documentaries are not only Ujlaki’s passion, he has been making them since 1969, including as a producer for HBO Films. “What Steve understands, having been a producer, is how the industry works. It works in collaboration instead of silos. He’s trying to break the silos down. That, and modernizing the program. It’s not an easy job,” says Davis of Ujlaki, previously chair of the cinema department at San Francisco State. When Ujlaki came to LMU in 2010, the program “needed a lot of work — a lot of visibility, someone touting what he had,” he says. That’s where the Hollywood Masters series comes in. But, pedagogically speaking, hands-on training is the vital part of Ujlaki’s master plan. Ujlaki reformed the curriculum to include a Film Boot Camp for first-year and transfer students, which requires students to rotate roles producing, directing and editing their own movies right from the start. “The films are not going to be good, but at least they’ll get their feet wet. By the spring of their sophomore year, we want them to decide on a track,” Ujlaki said of the experiential crash course. 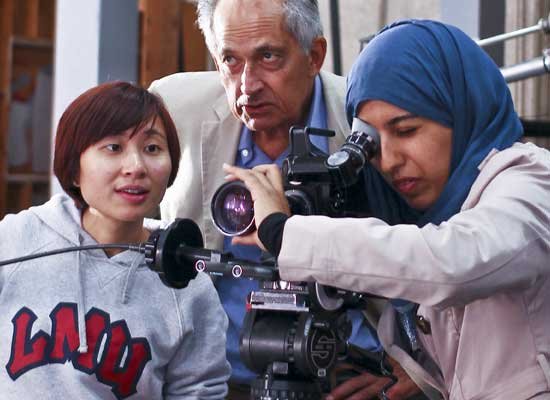 "Our University takes pride in its mission of social justice, but those remain only lofty words unless they are backed by action,” said Stephen G. Ujlaki, dean of the Loyola Marymount University School of Film and Television. “So we find it particularly gratifying to be able to act upon this ideal and make a transformative change in the quality of somebody's life. These scholarships will enable the recipients to focus on their education and to pursue their professional goals and personal dreams -- debt free."

I’ve been going to the Il Cinema Ritrovato Festival in Bologna for four years, and it’s always a treat. There’s the joy of discovering newly restored old films that are often better than most new films. There’s the spectacular city of Bologna, site of the first university founded in Europe in 1088, and graced with the most amazing churches on every block. And then there’s the food. Bologna is the center of the slow food movement in Europe, and the combination of traditional Italian food made with local organic produce is unbeatable. 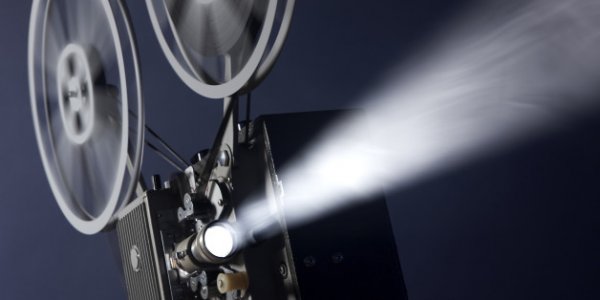 “We are thrilled to present The Hollywood Masters for a second season,” said Stephen Ujlaki, dean of the Loyola Marymount University School of Film and Television. “It enhances the academic experience by exposing our students to the entertainment industry’s most accomplished and respected figures. Hearing the individual stories of our distinguished guests, students gain firsthand career guidance and insight into a very competitive field.”

"It’s important for [our students] to learn from and be inspired by the career paths of some of the most established talent in the industry," LMU's School of Film and TV dean Stephen Ujlaki said in a statement.

Dean of LMU’s School of Film and Television Stephen Ujlaki said of the partnership: “Film Independent exists to champion rising filmmakers, and their resources, programs, and industry network will be invaluable to our Incubator Lab participants as they enter the workforce and begin developing projects.”

Why Young Filmmakers Should Get Out of the Country More

Stephen Ujlaki, Cinema Department Chair at San Francisco State University and producer of Cachao: Uno Más for American Masters answered some questions about his interest in Afro-Cuban jazz and the making of the documentary. 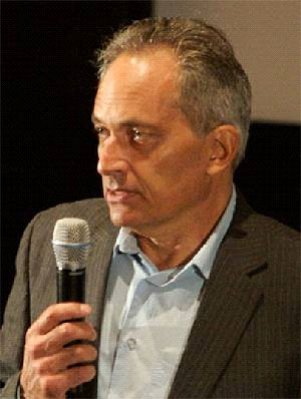 Why Documentaries Matter: A Social Good and Good Teaching Tool

The best documentaries illuminate a person, an event or an issue in powerful ways

At Loyola Marymount’s School of Film and Television, Stephen Ujlaki, a new dean who worked for years as a film and television producer, contends that film training should leave students with a knowledge of the arts and a business savvy that will get them through lives that are bound to move in unexpected directions. The “majority of students majoring in film and television will not be having careers in those professions,” Mr. Ujlaki wrote in an e-mail. “How about creating an environment which encourages creativity and risk-taking if you’re educating someone in the arts?” 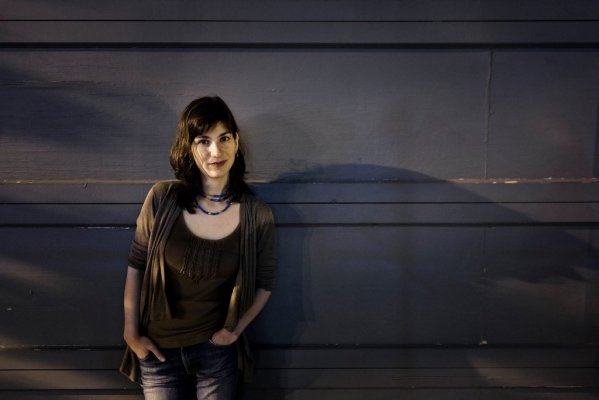