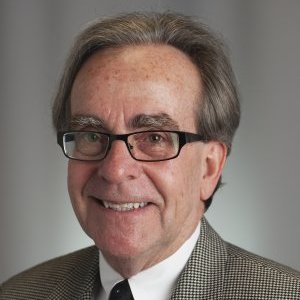 After law school, Dr. Hayford served as Law Clerk to the Hon. J.E. Eschbach, Senior Judge for the U.S. Court of Appeals for the Seventh Circuit. Following his judicial clerkship, he was a commercial litigator with Gunster, Yoakley, Valdes-Fauli & Stewart, a large West Palm Beach, Florida law firm. Professor Hayford is an active labor, employment and commercial arbitrator and mediator. He is a member of the National Academy of Arbitrators and has served on the Academy’s Board of Governors and as Chair of its Research Committee. He is Immediate Past President and a Founding Fellow of the College of Commercial Arbitrators. In addition, he is Chair of the Public Interest Council (ethics oversight board)of BKD, the ninth largest public accounting in the United States.

Professor Hayford has published extensively in the law review and dispute resolution literature. From 1996 to 2000 he was Academic Advisor to the Drafting Committee appointed by the National Conference of Commissioners on Uniform State Laws (NCCUSL) to revise the Uniform Arbitration Act.

Employment Arbitration at the Crossroads: An Assessment and Call for Action

2014 The use of arbitration in every sector has grown substantially in recent decades. This is nowhere truer than in the employment arbitration field. Reflecting this growth, the US Supreme Court has fielded numerous attacks upon arbitration, ranging from state laws ...

2008 My views on drafting the commercial arbitration agreement are shaped in large part by two experiences. In 1994, I co-authored an article for the Ohio State Journal of Dispute Resolution entitled Commercial Arbitration in Evolution: An Assessment and Call for ...

Federal Preemption and Vacatur: The ‘Bookend’ Issues Under the Revised Uniform Arbitration Act

2001 This article describes the manner in which the RUAA Drafting Committee engaged and resolved the issues of federal preemption and vacatur.

Unification of the Law of Labor Arbitration and Commercial Arbitration: An Idea Whose Time Has Come

2000 Until very recently in the United States, the only widely used form of arbitration was that arising under the collective bargaining agreements between employers and the unions representing their employees, commonly referred to as labor arbitration.

The Federal Arbitration Act: Key to Stabilizing and Strengthening the Law of Labor Arbitration

2000 The analysis that follows attempts to ascertain if the long standing conventional wisdom that labor arbitration must be accorded legal treatment separate and apart from commercial arbitration and the FAA is still viable.