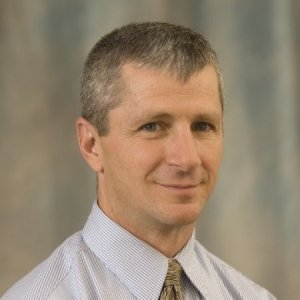 
Steven M. Chermak is a professor in the School of Criminal Justice at Michigan State University. 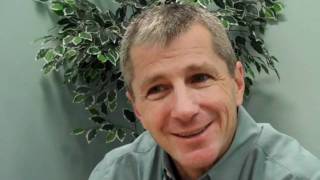 Steven M. Chermak is a professor in the School of Criminal Justice at Michigan State University. Dr. Chermak is also a lead investigator affiliated with The National Consortium for the Study of Terrorism and Responses to Terror (START). Dr. Chermak’s terrorism research has focused on four general areas. First, he studies the criminal and terrorist activities of domestic terrorists. Projects include understanding patterns of violence of far right, far left, and al-Qaeda inspired extremists, documenting how lone wolf attacks are different than group-inspired terrorist attacks, and examining the characteristics of foiled terrorist plots. Second, he studies the intelligence practices of State, Local, and Tribal law enforcement agencies. Third, he is studying the sources of funding used by terrorist organizations, with a particular emphasis on examining their use of counterfeited products. This research looks at what crimes terrorist organizations commit to fund their activities, how they are networked to other organizations or individuals to commit such acts, and assesses the impacts of these crimes. Finally, he has studied the media’s role in relation to crime and terrorism issues.

Dr. Chermak’s research has been funded by the Department of Homeland Security, National Institute of Justice, and the Michigan State Police. He has published two books, seven books and numerous research reports. His research has appeared in a number of journals including Journal of Quantitative Criminology, Criminology and Public Policy, Justice Quarterly, Policing: An International Journal of Police Strategies and Management, Journal of Criminal Justice, Criminal Justice Policy Review, and the Journal of Crime, Conflict, and the Media. Before joining the faculty at Michigan State University in 2005, Dr. Chermak was faculty member at Indiana University in Bloomington from 1992-2005.

19 years after 9/11, Americans continue to fear foreign extremists and underplay the dangers of domestic terrorism

This article was co-authored by Steven Chermak, professor of criminal justice at Michigan State University. On a Tuesday morning in September 2001, the American experience with terrorism was fundamentally altered. Two thousand, nine hundred and ninety-six people were killed as the direct result of attacks in New York, Washington, D.C. and Pennsylvania. Thousands more, including many first responders, later lost their lives to health complications from working at or being near Ground Zero. Nineteen years later, Americans' ideas of what terrorism is remains tied to that morning. The 9/11 attacks were perpetrated by al-Qaida terrorists. They resulted in nearly 18 times more deaths than America's second most devastating terrorist attack – the Oklahoma City bombing that occurred 15 years earlier. That intense loss of life has meant that the 9/11 attacks have come to symbolize terrorism for many Americans.

Threats of violent Islamist and far-right extremism: What does the research say?

On a Tuesday morning in September 2001, the American experience with terrorism was fundamentally altered. Two thousand, nine hundred and ninety-six people were murdered in New York, Virginia and Pennsylvania. Thousands more, including many first responders, lost their lives to health complications from working at or being near Ground Zero...

Researchers on the study also included Joshua D. Freilich, of John Jay College, and Steven M. Chermak, of Michigan State University. It is available online via the Journal of Family Violence.

The Orlando shooting: exploring the link between hate crimes and terrorism

Some are calling the mass shooting at an Orlando gay nightclub an act of terrorism. Others are calling it a hate crime against the LGBT community. President Obama declared it an “act of terror and an act of hate.” Can it be both?...

Assata Shakur was convicted of murder. Is she a terrorist?

Today, there are more than 100 academic definitions of terrorism, said Steve Chermak, a professor at Michigan State University who helps to operate a database of extremist crime. His database goes back only to the 1990s, but if it went back further it would include Shakur based on its definition of terrorism, which asks only whether a violent crime was committed and whether the perpetrator was linked to an extremist group.

According to the Southern Poverty Law Center, there were 1,002 hate groups in the United States in 2010. Thirty-five were in Michigan. Steve Chermak, professor in the School of Criminal Justice, studies domestic terrorism and hate groups. He examines the characteristics of these groups – such as structural characteristics, ideological differences, strategies they use – and studies the differences between violent and nonviolent groups.

Intelligence-Led Policing As a Framework for Responding to Terrorism

Leading police associations in the United States and the United Kingdom have advocated that law enforcement adopt an intelligence-led policing model (ILP). Much like the situation with community policing, there does not appear to be a commonly accepted definition of ILP nor of the practical implications for police agencies' mission, structure, and processes. This article presents a model of ILP that builds on community policing, problem solving, and continuous improvement business models that have been adopted by police departments. Examples of these practices are reviewed as a method of illustrating the promise of an ILP approach. A broad conceptualization of ILP is presented under the belief that ILP will be most likely integrated into law enforcement and will have the greatest impact if it is adopted from an “all crimes” perspective. The article concludes with illustrations of the utility of ILP for addressing threats of domestic and international terrorism.

Media coverage of police misconduct and attitudes toward police

Purpose – The purpose of this paper is to examine how celebrated cases affect attitudes toward police, controlling for key demographic, police contact, and neighborhood contextual variables.