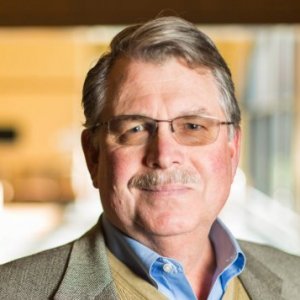 Full speed ahead or time to pump the breaks when it comes to investing in ride-share companies?

Initial uncertainty, the risks of setting a fixed-offer price, and underpricing in firm-commitment and best-efforts IPOs

2014 We model the risk of setting the required fixed-offer price in an IPO given initial uncertainty about value, as well as costs of over and underpricing. Assuming that the goal of issuers in bookbuilt IPOs is to maximize net offering proceeds, our analysis indicates that their optimal strategy is to negotiate a relatively small spread, consistent with material underpricing. Similarly, considering the expected costs of overpricing makes the underpricing of best-efforts IPOs in the interest of issuers. Our results rely on neither asymmetric information nor agency costs and provide support for Hansen's (2001) nearly-optimal “conventional” spread and the view that it evolved from adaptive, imitative behavior, consistent with Alchian's (1950) explanation of how economic players evolve practices to survive under uncertainty and incomplete information, as well as Alchian's (1969) work on how fixed prices and queues can efficiently clear product markets.

Bias in estimating the systematic risk of extreme performers: Implications for financial analysis, the leverage effect, and long-run reversals

2012 We show how bias can arise systematically in the beta estimates of extreme performers when long-run return reversals are present and partly, or wholly, due to sign changes in unanticipated factor realizations. Our evidence is consistent with this bias being responsible for the large shifts in the beta estimates of extreme performers, more so than the leverage effect, which has been the predominant explanation in prior literature. Bias in these contemporaneous realized betas, estimated with the same returns that are to be risk adjusted, arises due to the general problem of “overconditioning,” where betas are estimated conditional on information that is not yet known. Several methods for conditioning betas on out-of-sample returns are evaluated and found to be lacking, although some offer improvement under certain circumstances. We also show evidence of this bias in the Fama–French Three-factor loadings of extreme performers. Our findings indicate not only that previous studies of long-run reversals understate contrarian profits but that bias is prevalent in the OLS beta estimates of extreme performers, and this has implications for estimating the cost of capital and measuring long-run performance. We offer recommendations for identifying when this bias is likely present, as well as general methods to correct for it.

The Promoter’s Role in Ticket Pricing: Implications of Real Options for Optimal Posted-Offer Prices and Rationing

2009 We consider the problem of pricing event tickets for initial sale when demand is uncertain. It is a standard industry practice for a performer to contract with a promoter who underwrites the event and offers the tickets for sale at a posted price that is sticky in that it is either fixed or costly to adjust once sales begin. Promoters, therefore, bear price risk, and we show that bearing the risk associated with posting a sticky offer price amounts to writing a put option on the ticket revenue. Further, we show that optimal posted-offer prices can be expected to result in rationing (surpluses) if price uncertainty and price elasticity of demand are material (immaterial), even when the demand forecast is accurate. Our results have implications for a more general set of pricing problems in which items are offered for sale at sticky posted prices.

1999 This study examines how political and economic factors affect the offer price, share allocation, and other terms governments choose when they privatize state-owned enterprises via a public share offering. Using a 59 country sample of 630 share issue privatizations (SIPs) with total proceeds of over $446 billion during the period 1977–1997, we find that governments consistently underprice SIP offers, tilt their share allocation patterns to favour domestic investors, impose control restrictions on privatized firms, and typically use fixed-price offers rather than book building or competitive tender offers, all to further political and economic policy objectives.