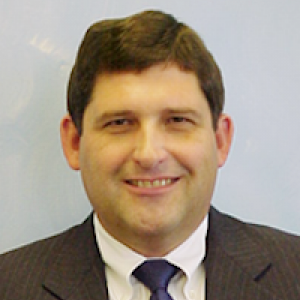 Are the days of the traditional travel agent done? Let our experts help!

An empirical test of the Olympic tourism legacy

Journal of Policy Research in Tourism, Leisure and Events

2018 International tourism legacies are a key justification for hosting the Olympics. Although strong theoretical arguments have been made to support the tourism legacy, empirically measuring the effect has been problematic. Strong arguments for enhancing the legacy effect through the proper leveraging of the Olympics by means such as positive media coverage exist. This research empirically tests for the legacy effect and whether leveraging the Olympics by exposing potential tourists to more media enhances the legacy effect. The data used in this research are monthly international air passenger arrivals for nine Olympic host cities. A time series methodology that controls for problems noted in prior studies such as pre-existing trends, external events, seasonality, and crowding out is incorporated. The results show little evidence to support the legacy effect in the short run.

2015 This research centers on a pervasive problem in university classrooms: chronically ill-prepared students. The study presents a discussion of the problem, a hierarchical model of learning, and a resulting pre-class intervention tested on 117 college students (predominantly late-sophomore and junior level). The activity required students to summarize learning objectives before material was covered (ex-ante). The summaries were graded and returned to students for revision and subsequent use as study guides. Data analysis showed that students perceived the activity to significantly impact both class and examination preparation (p < .0001). Furthermore, regression results show that objective summaries explained more than 15 percent of the variation in exam performance (p < .0001). Results are important owing to the fact that the intervention was not only perceived by students to be helpful, but also shown to be related empirically to performance. It is also of interest to note that course content required substantial learning, understanding, and use of mathematics, a subject matter from which most students flee.

International tourism and the Olympics: The legacy effect

2013 In this paper two popular time series methods for modeling seasonality in tourism forecasts are compared. The first uses a decomposition methodology to estimate seasonal variation. In this method seasonal variation is estimated with a ratio-to-centered moving average approach. Three different approaches in calculating the seasonal indices are analyzed. The deseasonalized series are then forecast using an ARIMA model. The second methodology uses a multiplicative seasonal ARIMA (SARIMA) approach to simultaneously model trend and seasonal variations. The two methodologies are compared and the accuracy and managerial advantages of each are discussed.