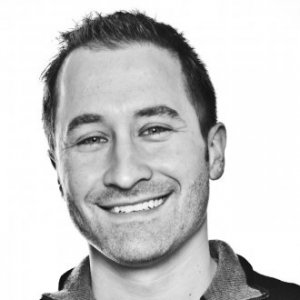 
Vice President of PR at Cramer-Krasselt, a Marketing/Communications Agency and former Government Consultant 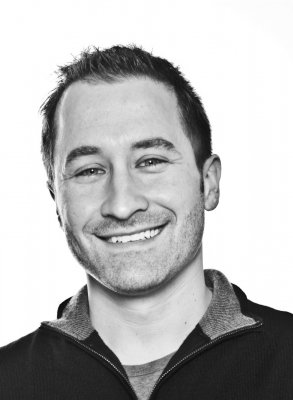 I'm currently a Vice President of Public Relations at Cramer-Krasselt in Chicago. I joined C-K after eight years with government consulting firm, Booz Allen Hamilton, where I founded their Digital Strategy and Social Media practice. I now lead a team of ten PR practitioners for the second largest independent integrated marketing and communications agency in the U.S.

While at Booz Allen, I had the opportunity to speak at dozens of communications and government focused events sponsored by organizations like the Public Relations Society of America (PRSA), the International Association of Business Communicators (IABC), AdWeek DC, the U.S. European Command, O'Reilly Media, and TechWeb. My presentations are typically focused on government, social media, public relations, advertising, collaboration, Enterprise 2.0, and/or marketing.

I was named one of PRNews’ 15 to Watch for in 2009 and was a contributing author to the Gov 2.0 book, “State of the eUnion, Government 2.0 and Onwards.“ I serve on the Advisory Boards for the SmartBrief on Social Media, Governingpeople.com, and SMCEDU, and am also an “Expert Blogger” for AIIM’s Enterprise 2.0 Community.

Originally from Pittsburgh, PA, I grew up a die-hard Steelers and Penguins fan (you should see my black and gold basement!). After graduating from Bethany College in West Virginia in 2003, I joined Booz Allen Hamilton in Northern Virginia, and in March 2012, moved to the Windy City where I now work.

The 15-to-Watch program honors 15 budding PR leaders and creative practitioners. Entries were judged by a blue-chip panel of corporate, agency, nonprofit and academic executives, as well as by the staff of PR News. http://www.prnewsonline.com/awards/prpeopleawards2009_event.html

Named to the SmartBrief on Social Media Advisory Board (professional)

Contributing Author to "State of the eUnion: Government 2.0 and Onwards" (professional)

I was one of 34 global thought-leaders invited to share views and ideas about the current state of Government 2.0. The book's themes include: How the "Web 2.0" revolution affects eGovernment activities; how the digital grassroots, entrepreneurs and 'goverati' are working to change government; and how new tools, used over the internet, are going to change the way government interacts with citizens. (http://www.amazon.com/State-eUnion-Government-2-0-Onwards/dp/1449047297/)

The AIIM Enterprise 2.0 Community (http://aiimcommunities.org/e20/) was created to bring together thought leaders around the topics of internal social networking and collaboration to discuss some of the challenges, risks, and benefits involved with using social media behind the corporate firewall.

Named to the SMCEDU Board of Advisors (professional)

Booz Allen's Values in Practice (VIP) Award is the highest individual award given by the firm. I was this award in 2009 for modeling the firm's core values while building and leading the firm's Digital and Social Media Practice.

The Impact of Social Media on Communications

It's Not the Field, It's the Players

From Buzzwords to Business

The Future of Public Relations

Do You Have the Right People to Manage Your Social Media Initiatives?

It's Not the Field, It's the Players

Similarly, simply adding the latest Enterprise 2.0 platform behind your firewall doesn’t mean your employees will suddenly learn to collaborate with one another. Collaboration doesn’t happen because you install the latest Enterprise 2.0 or Social Business software. It happens because they have a reason to collaborate. It happens when they are rewarded for sharing information. It happens when they like working with the people around them.

Inside Out: The Best PR Campaigns Start with the Employees

I once tried to redeem a Foursquare coupon at a restaurant only to discover that my waitress had absolutely no idea what I was talking about. Organizations continually fail to take advantage of one of their key stakeholder groups when rolling out new products, services, or initiatives – their employees. In this session, learn how to educate, equip, and empower your employees to become brand ambassadors and multiply your marketing reach by leveraging their personal and professional networks.