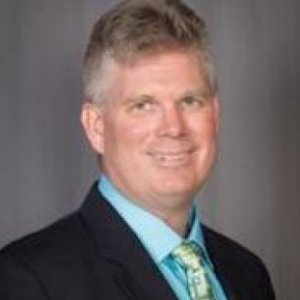 Steven Biegalski is the Chair of Nuclear and Radiological Engineering and Medical Physics Program at Georgia Institute of Technology. He has three degrees in nuclear engineering from University of Maryland, University of Florida, and University of Illinois, respectively. Early in his career Dr. Biegalski was the Director of Radionuclide Operations at the Center for Monitoring Research. In this position Dr. Biegalski led international efforts to develop and implement radionuclide effluent monitoring technologies. This work supported both US national capabilities and international treaties. Dr. Biegalski was a faculty member at The University of Texas at Austin for 15 years and held the position of Reactor Director for The University of Texas at Austin TRIGA reactor for over a decade. He has advised 25 Ph.D. students to graduation and holds Professional Engineering licenses in the states of Texas and Virginia.

After a String of Nuclear Incidents, Russia Just Launched a Floating Nuclear Power Plant. Is It Safe?

Steven Biegalski, the Chair of Nuclear and Radiological Engineering and Medical Physics Program at Georgia Institute of Technology, tells TIME that whether a nuclear reactor is kept on a boat or on land, the priority is the same––making sure that that the core is kept cool if it’s shut down.

“The nice thing is that if you submerge the whole reactor system, including the reactor vessel, under water, it’s going to get as much cooling as you can possibly want,” Biegalski says. “If you put the reactor core in an Arctic Ocean off the coast of Russia, would probably provide enough of a cooling sink that you don’t have to worry about the reactor concerns...”

Steven Biegalski, the chair of Nuclear and Radiological Engineering and Medical Physics Program at Georgia Institute of Technology, stopped by On Second Thought to explain what's happening at Plant Vogtle.

Igor Jovanovic, U-M professor of nuclear engineering and radiological sciences, is the associate director for the national laboratories within MTV and the lead for Thrust 1. Steven Biegalski, professor of nuclear and radiological engineering at Georgia Tech, leads Thrust 2. Milton Garçes, a researcher at the University of Hawaii at Mãnoa, leads Thrust 3.

What a troubled power plant tells us about the future of nuclear energy in the U.S.

“Each of the power plants should be able to roughly be able to supply electricity to roughly 1.75 million houses,” nuclear and radiation engineer Steve Biegalski said.

The energy from Vogtle would help to displace energy from coal-fired power plants, which is the third largest energy source in Georgia.

“Over the lifetime of the power plants, 300 million tons of CO2 admissions will be displaced from the atmosphere,” Biegalski said.

Radioxenon isotopes are produced with high yield from nuclear fission. The noble gas properties facilitate migration through nuclear fuel. At fuel temperatures present in a severe nuclear accident, the release fraction of xenon isotopes from the UO2 matrix approaches 100%. Consequently, a breech in fuel cladding integrity during a severe nuclear accident will likely lead to a radioxenon release. This radioxenon release provides an early signature indicating fuel damage. Fuel was significantly damaged at the Windscale (1957), Three Mile Island (1979), Chernobyl (1986), and Fukushima Daiichi (2011) nuclear reactor accidents, and radioxenon releases were early indicators of the extent of fuel damage for these events. Radioxenon isotopes are an optimum indicator as their half-lives are long enough to be detected but not too long to cause significant environmental background accumulation.

Systems designed to monitor airborne radionuclides released from underground nuclear explosions detected radioactive fallout across the northern hemisphere resulting from the Fukushima Dai-ichi Nuclear Power Plant accident in March 2011. Sampling data from multiple International Modeling System locations are combined with atmospheric transport modeling to estimate the magnitude and time sequence of releases of 133Xe. Modeled dilution factors at five different detection locations were combined with 57 atmospheric concentration measurements of 133Xe taken from March 18 to March 23 to estimate the source term. This analysis suggests that 92% of the 1.24 × 1019 Bq of 133Xe present in the three operating reactors at the time of the earthquake was released to the atmosphere over a 3 d period. An uncertainty analysis bounds the release estimates to 54–129% of available 133Xe inventory.

The March 11, 2011 9.0 magnitude undersea megathrust earthquake off the coast of Japan and subsequent tsunami waves triggered a major nuclear event at the Fukushima Dai-ichi nuclear power station. At the time of the event, units 1, 2, and 3 were operating and units 4, 5, and 6 were in a shutdown condition for maintenance. Loss of cooling capacity to the plants along with structural damage caused by the earthquake and tsunami resulted in a breach of the nuclear fuel integrity and release of radioactive fission products to the environment. Fission products started to arrive in the United States via atmospheric transport on March 15, 2011 and peaked by March 23, 2011. Atmospheric activity concentrations of 131I reached levels of 3.0 × 10−2 Bq m−3 in Melbourne, FL. The noble gas 133Xe reached atmospheric activity concentrations in Ashland, KS of 17 Bq m−3. While these levels are not health concerns, they were well above the detection capability of the radionuclide monitoring systems within the International Monitoring System of the Comprehensive Nuclear-Test-Ban Treaty.

We report on the first measurements of short-lived gaseous fission products detected outside of Japan following the Fukushima nuclear releases, which occurred after a 9.0 magnitude earthquake and tsunami on March 11, 2011. The measurements were conducted at the Pacific Northwest National Laboratory (PNNL), (46°16′47″N, 119°16′53″W) located more than 7000 km from the emission point in Fukushima Japan (37°25′17″N, 141°1′57″E). First detections of 133Xe were made starting early March 16, only four days following the earthquake. Maximum concentrations of 133Xe were in excess of 40 Bq/m3, which is more than ×40,000 the average concentration of this isotope is this part of the United States.

An integral part of several International Atomic Energy Agency sponsored coordinated research programmes involving the sampling and analysis of ambient airborne particules was the development of a PM10 sampler. Each participant was provided with such a sampler so that comparable samples would be obtained by each of the participating groups. Thus, in order to understand the characteristics of this sampler, we undertoke several characterization studies in which we examined the aerodynamic collection characteristics of the impactor inlet and the reproducibility of the sample mass collection. One of the samplers machined in Belgium was compared with one built from the same design in the U.S. and comparable results were obtained. The sampler was operated side-by-side with a commercial PM10 beta gauge and an IMPROVE-design 2.5 μm cut-point cyclone. Although the sampler was not wind tunnel tested as required for certification as a reference sampler, it does provide a collection efficiency that generally follows the guidelines for a PM10 sampler.