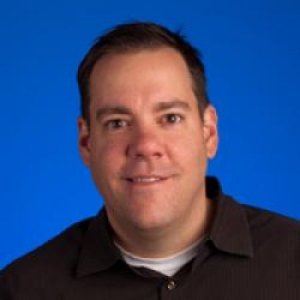 
Steven Davis is interested in studies of coupled human and natural systems and sustainable systems analysis. 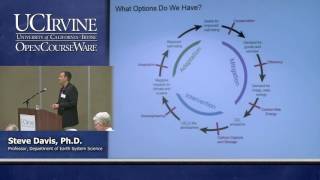 Prof. Davis works to understand and find ways to meet the challenge of satisfying global demand for energy, food, and goods without emitting carbon dioxide to the atmosphere.

He is interested in studies of coupled human and natural systems and sustainable systems analysis, including: energy technology and policy; of pollution and resources embodied in international trade; of socio-economic inertia and “lock-in” of environmental problems; and of the complex interactions of energy systems, agriculture, climate change, and global ecology.

“Many California farmers may not appreciate that air quality standards have had such a benefit on their ability to grow crops,” said co-author Steven Davis, a UCI Earth system scientist.

“A lot of California farmers may not appreciate that air quality standards have had such a benefit on their ability to grow crops,” says Steven Davis, UCI associate professor of earth system science, a coauthor of the study. “The irony is that by fighting against certain environmental regulations, these folks may be damaging their own earning capacity.”

Co-author Steven Davis, UCI associate professor of Earth system science, noted that earlier studies on the impact of climate warming and ambient ozone on the state’s ability to grow food have focused on high-volume staple crops such as wheat, soy and rice. Davis and his colleagues chose to concentrate on perennials because of the long-term investment they represent and the fact that California is a major supplier of this type of produce.

“A lot of California farmers may not appreciate that air quality standards have had such a benefit on their ability to grow crops,” said co-author Steven Davis, UCI associate professor of Earth system science. “The irony is that by fighting against certain environmental regulations, these folks may be damaging their own earning capacity.”

“Our results show that there’s basically no room for new CO2-emitting infrastructure under the international climate goals,” said co-author Steven Davis, a UCI associate professor of Earth system science. “Rather, existing fossil fuel-burning power plants and industrial equipment will need to be retired early unless they can be feasibly retrofitted with carbon capture and storage technologies or their emissions are offset by negative emissions. Without such radical changes, we fear the aspirations of the Paris agreement are already at risk.”

2020 Changes in temperature and air pollution affect agricultural productivity, but most relevant research has focused on major annual crops (for example, wheat, maize, soy and rice). In contrast, relatively little is known about the effects of climate change and air quality on perennial crops such as fruits and nuts, which are important to dietary diversity and nutrition, and represent ~38% of California’s agriculture by economic value.

2020 Many studies have estimated the adverse effects of climate change on crop yields, however, this literature almost universally assumes a constant geographic distribution of crops in the future. Movement of growing areas to limit exposure to adverse climate conditions has been discussed as a theoretical adaptive response but has not previously been quantified or demonstrated at a global scale.

2020 The climate effects of anthropogenic aerosols have masked some of the warming induced by GHGs1 along with some impacts of that warming2. These temperature effects may be beneficial but are almost certainly overwhelmed by aerosols’ negative health impacts3. Recent analyses of economic impacts have concluded that warming harms economies in warm climates, but provides economic benefits in cold climates.

2019 The global urbanization rate is accelerating; however, data limitations have far prevented robust estimations of either global urban expansion or its effects on terrestrial net primary productivity (NPP). Here, using a high resolution dataset of global land use/cover (GlobeLand30), we show that global urban areas expanded by an average of 5694 km2 per year between 2000 and 2010.

Inequality of household consumption and air pollution-related deaths in China