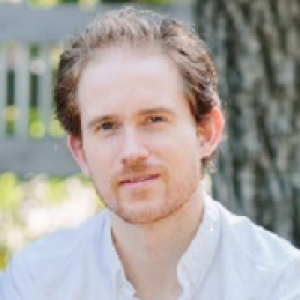 
Criminologist explores the intersection between culture, media and perceptions of justice

Methodologist and Theoretician, Steven Downing, PhD, applies theories of crime to online and real-life settings, where he qualitatively examines subcultural and social control constructs surrounding deviant and criminal behaviour. An Associate Professor in the Legal Studies Program of the Faculty of Social Science and Humanities, his interdisciplinary research agenda spans legal studies, criminology, and sociology; and focuses on the intersection between society, culture, and digital and emerging technology. He strives to develop an understanding of how the digital world overlaps with cultural issues.

Co-creator of UOIT’s Digital Life Research Group, his collaborative cyberbullying research has been widely cited. Dr. Downing’s latest research examines adult bullying within the context of reality television, and includes a case study of a reality TV celebrity who has been victimized both on- and off-screen. He aims to shed light on the need for enhanced rights and protection from exploitation, harassment and maltreatment from the public, production companies and studios among North America’s reality TV labour force. He will further study the bullying of individuals in the public eye through social media.

Immersed in another critical body of research, Dr. Downing explores the policy and contemporary issues of racial profiling and police violence within Canada’s Greater Toronto Area. Through indepth offender interviews, his qualitative study of the factors that determine whether offenders in high-crime neighbourhoods decide to co-operate with police, led to his published research on the ‘Stop Snitching Code.’ His research continues to inform debate, and explore ways for the public to gain police trust through possible citizen review boards and mediation.

Interested in the critical assessment of injustices within the system, he completed his Bachelor of Arts in Crime and Justice Studies; his Master of Science in Applied Sociology, during which he was awarded a three-year graduate fellowship; and his Doctorate in Criminology, all at the University of Texas at Dallas. Following a year as an Assistant Professor in the School of Behavioral Sciences at Mount St. Joseph University in Cincinnati, Ohio, Dr. Downing joined UOIT as an Assistant Professor in 2008, and was appointed Associate Professor in 2014. He has helped shape UOIT’s highly method- and theory-focused Legal Studies program, and is passionate about supervising the work of graduate students.

SAGE Open publishes peer-reviewed, original research and review articles in an interactive, open access format. It aims to be the world’s premier open access outlet for academic research covering the full spectrum of social and behavioural sciences, and the humanities.

University of Texas at Dallas: BA, Crime and Justice Studies 2003

Why did “Cyberbullying” Supersede Hate Crime? Mass Distraction and the Tyler Clementi Case

Pains of Imprisonment in a “Lock 'Em Up” Video Game: Implications for a Peacemaking Discourse Through New Media Experiences Contemporary Justice Review

A limited body of literature has explored popular media portrayals of the prison experience. Much of this literature has focussed on film and television. Scant literature has considered new forms of media such as video games’ portrayals of the prison experience. In the current inquiry we examine the computer simulation game, Prison Architect, with respect to how its interactive experience has the potential simultaneously portray and problematize pains of imprisonment, and how these portrayals and problematizations may prompt a public discourse surrounding prison, particularly from a peacemaking perspective, even if the game itself does not incorporate concepts such as restorative justice.

The Self and the ‘Selfie’: Cyber-Bullying Theory and the Structure of Late Modernity Violence and Crime in the Family: Patterns, Causes and Consequences

Criminality, Interpersonal Proximity and the Stop-Snitching Code: An Examination of Offender and Non-Offender Perceptions Current Issues in Criminal Justice

A number of studies have examined the relationship between the 'code of the street' and the concept of snitching (that is, informing the police). With some notable exceptions, these studies have generally focused on the pervasiveness of a 'stop-snitching code' or 'code of silence' among street offenders. In this study we seek to broaden understanding of the stop-snitching code by exploring perceptions of active, former, and non-offenders living in areas considered by residents to embody the street code.

Space and time are concepts familiar to physicists, philosophers, and social scientists; they are operationalized with varying degrees of specificity but are both heralded as important to contextualizing research and understanding individual, cultural, and historical differences in perception and the social construction of reality. Space can range from, at the macro level, geographic region, to at the micro level, the immediate physical surroundings of an individual or group of persons.

2012 Current concerns around cyber-bullying emphasize child-victims and have prompted calls for understanding and reaction to an alleged new type of child-offender. Though there is little doubt that cyber-bullying is a phenomenon with potential for real harm, there remain a number of critical gaps in the cyber-bullying literature.

Many studies have provided rich ethnographic accounts of graffiti writing subculture, highlighting the roles of masculinity, resistance, and other dynamics that help shape these subcultures. In the current inquiry we examine the lives of a group of graffiti writers in a mid-sized city in southern Ontario, Canada. Our inquiry draws attention to the aging-out process of graffiti writers as they enter adulthood, seek employment and form relationships with non-graffiti writers, while at the same time striving to remain members of what it at its core a deviant subculture. Our analysis draws on life course, subcultural and drifts theories, illustrating the potential for combining these perspectives in future research on deviance in general.

The Transformation of Crime Prevention Jones and Bartlett Publishers, Inc

Dr. Downing has co-authored a chapter in the book Crime Prevention which presents significant issues related to contemporary crime prevention efforts. Interdisciplinary in its approach, the text is written for courses within a criminal justice or sociology curriculum.