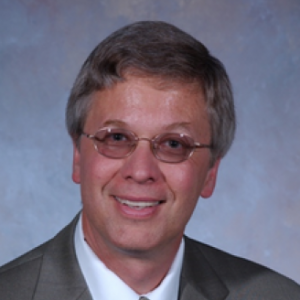 
Dr. Driese focuses on the paleoclimate and paleolandscape records of soils preserved as paleosols in the geologic record.

Dr. Driese's primary current research investigates, from a geologic perspective, the paleoclimate and paleolandscape records of soils preserved as paleosols in the geologic record, using modern soil analogs where appropriate. I am also interested in applications of studies of surficial materials to solving environmental and hydrogeological problems. My collaborative research is being conducted with researchers at Baylor University, the University of Kansas, the University of Tennessee-Knoxville, The University of Texas at Austin, Texas A&M University, and Rutgers University. I work actively with soil scientists, geochemists, stratigraphers and sedimentologists, physical geographers, and geoarchaeologists in these endeavors.

Three Baylor geoscientists were among several experts from Texas universities who contributed to an open letter to The Dallas Morning News. They included Steven L. Forman, Ph.D., and Steven Driese, Ph.D., professors of geosciences, and Daniel Peppe, Ph.D., associate professor of geosciences.

Micromorphology of late Pleistocene and Holocene sediments and a new interpretation of the Holocene chronology at Anderson Pond, Tennessee, USA

2017 Thin-section (micromorphological) analysis of samples from the upper 1.5 m of a core obtained in 2007 from Anderson Pond, Tennessee, reveals a coherent but discontinuous record of late Pleistocene and Holocene climate change that supports some interpretations from previous pollen and charcoal analyses but indicates a revised Holocene chronology for this classic pollen site. Legacy sediments recording anthropogenic disturbance compose the upper 65 cm of the core (

Paleosols and paleoenvironments of the early Miocene deposits near Karungu, Lake Victoria, Kenya

2015 A 50 m thick stratigraphic section at Ngira, near Karungu on the shore of Lake Victoria in western Kenya, documents the early Miocene paleoenvironments of the area. The basal Ngira paleosol is a 7.6 m thick, oxisolic Vertisol that formed during a prolonged period of pedogenesis; it began as a smectite-dominated Vertisol that was later overprinted through polypedogenesis to become a kaolinitic paleosol highly depleted of all base cations, with abundant Fe concentrations and depletions, and complexly variegated color mottle patterns that reflect extensive ferruginization. Paleoenvironmental reconstructions using bulk geochemistry indicate warm and wet conditions during development of the Ngira paleosol that probably supported a tropical seasonal forest on a stable upland surface for 10s to 100s of thousands of years. Following this long-lived stable landscape, rapid subsidence, perhaps associated with slip on a high-angle fault associated with the onset or progression of the Nyanza Rift and/or the development and eruptive history of the nearby Kisingiri volcano, buried the paleosol and formed a nascent lake basin that experienced multiple transgressions and regressions. During one interval of regression, fluvial sandstones and conglomerates were deposited along with fluvio-lacustrine sandstones and claystones that include weakly developed paleosols. These weakly-developed paleosols indicate a relatively dry paleoenvironment with seasonal precipitation, and probably a shrubland/bushland or riparian forest habitat. Important terrestrial and aquatic vertebrate fossils are primarily preserved within fluvial and fluvio-lacustrine deposits, indicating that the terrestrial Karungu fauna lived in a relatively dry and open habitat. This study demonstrates polypedogenesis and inferences regarding onset of abrupt tectonic activity in the early Miocene in equatorial eastern Africa, and emphasizes the contrasts between landscape stability of the Ngira paleosol and the poorly developed soils in the fluvio-lacustrine facies.

2015 Paleosols record paleoclimatic processes in the Earth's Critical Zone and are archives of ancient landscapes asso- ciated with archeological sites. Detailed field, micromorphologic, and bulk geochemical analysis of paleosols were conducted near four sites at Olduvai Gorge, Tanzania within the same stratigraphic horizon as the Zinjanthropus (Paranthropus) boisei archeological site. Paleosols are thin (b35 cm), smectitic, and exhibit Vertisol shrink–swell features. Traced across the paleolandscape over 1 km and just beneath Tuff IC (1.845 Ma), the paleosols record a paleocatena in which soil moisture at the four sites was supplemented by seepage additions from adjacent springs, and soil development was enhanced by this additional moisture. Field evidence revealed an abrupt lateral transition in paleosol composition at the PTK site (b1.5 m apart) in which paleosol B, formed nearest the spring system, is highly siliceous, vs. paleosol A, formed in smectitic clay. Thin-section investigations combined with mass-balance geochemistry, using Chapati Tuff as parent material and assuming immobile Ti, show moderately intense weathering. Pedotransfer functions indicate a fertile soil system, but sodicity may have limited some plant growth. Paleosol bulk geochemical proxies used to estimate paleoprecipitation (733–944 mm/yr), are higher than published estimates of 250–700 mm/yr using δD values of lipid biomarkers.