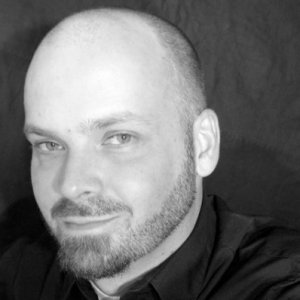 
Surviving in Today's Workplace and Thriving in Tomorrow's Worklife

Steven is a speaker, author, teacher, and facilitator. He spent the first ten years of his career as a classroom teacher– including five years in Japan (where he fell in love with the sport of sumo).

In 2007, he began working for the nonprofit resource website Idealist.org where he authored The Idealist Guide to Nonprofit Careers for Sector Switchers (www.idealist.org/sectorswitcher). While at Idealist, he travelled around the country helping professionals discover ‘roadmaps’ to finding paid nonprofit positions and contributed as a national workforce expert to news sources like The NY TImes and NPR's Marketplace.

These days he advocates for first understanding and then embracing a worklife that allows us to live more fully in alignment with our passions and purpose. Meanwhile, we need to also learn to navigate the new workplace realities so that we can survive the current upheaval while readying ourselves to thrive in the future worklife.

The "21st Century Worklife" to help professionals come together to see that collectively we can usher in the newest economic era (post-Information Age) rather than let it run us over.

The "108 Memories Project" to help individuals examine the emotional residue of the past, the memories that shape our relationship with the present, with other people, with ourselves, and with our perceptions of ‘how the world should be’. It is about truly identifying with ourselves.

He lives in Portland, Oregon with his amazing dog and thinks life is generally awesome.

Focused on the interrelationship of government policy, corporate funding, and NGO programming in the delivery of educational services to workers involved in the international supply and manufacturing chain. For example, think foreign workers who make goods that ship to Europe and the United States.

Let's give some cliche language a makeover. After all, talent management tends down the Road of the four R's: recruit, reward, retain, retire. Instead, 21st Century Talent Management is about: 1) Engaging staff fully their passions, interests, abilities, and desires, 2) Getting the most out of your time together (largely because they're all in), and then 3) Opening lots of doors for them either within your company or elsewhere. "Retention of people" misses the mark. "Retention of their best work"? Much more realistic. Want loyalty? Give them a meaningful, engaging experience and you have a lifelong loyal adherent no matter where they go off and work. Imagine a worldwide workplace where we cultivated talent without obsessing over talent retention, a workplace where everyone does their utmost to co-create the strongest workforce possible. Imagine all the cool, competent people making real differences in the worklife and workplace as a result.

There is one really easy way to kill a good idea: think about all the reasons it won’t work. Remember when you were a kid and anything was possible? Remember when you would make statements like, “I’m really good at…”, “I’m really smart/strong/fast”, and/or “I’m going to be an archeologist fighter-pilot with a PhD and a black belt who used to play football for the Air Force Academy” (yeah, that was me)? Resistance comes in many forms but it starts in the mind. We have a society that encourages deficiency thinking, doubting, and pessimism. We have a society telling us we’re never worried and afraid enough (“Tonight on the evening news: 6 ways you can die in your sleep followed by a report on how you might never see your children again!”). There is plenty to worry about, plenty to doubt, plenty to resistance. Funny thing though is there is plenty more to embrace (including your own resistance)… if you have a different perspective.

The workplace is broken and, while professionals are suffering as a result, we’re also partly responsible. Too often we think of careers, jobs, and professions with an antiquated, 20th century perspective. Instead of the outdated career topics like resumes, networking, interviewing, and tracking “hot hiring markets”, let’s start from a more useful place. The truth of the matter is that we have the power to shift how we think, to change our perceptions of the workplace, and, as a result, to be more fully engaged rather than cogs in someone else’s machine. It is our responsibility to ourselves and our 21st Century Worklife colleagues to change the face of work and demand a workplace where we can fully invest our talents and passion. But we can only succeed if we all get involved.

People often come to me and ask for resources to help them find that ‘dream’ job, that ‘meaningful’ volunteer opportunity ‘where I really fit it’, and/or that ‘place where they can make a difference’. People come looking for the magic career bullet. They’re looking for that hidden resource list to which no one else is privy. Whenever I encounter this perspective (which is often), I tell folks, ‘There is actually a magic bullet and that magic bullet is to take responsibility for your trajectory, to stop relying on others to tell you what you’re looking for, and to approach the world from a perspective of intentionality, integrity, and focus. Who wants in?’