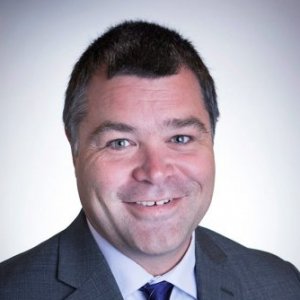 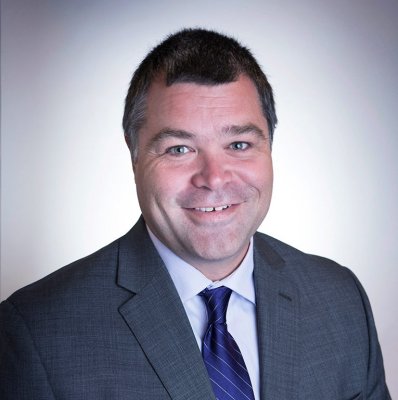 Steven Kreft is a Clinical Associate Professor of Business Economics at the Kelley School of Business. His areas of expertise include, corporate social responsibility, sustainable business strategy, non-market risks from activists and public policy.

Why Ford, Chanel and other companies pitch in during a crisis – without the government ordering them to

Severe shortages of critical medical supplies have prompted governments to compel private companies to fill the gap. In the U.S., President Donald Trump invoked rarely used powers to force General Motors to make ventilators, while the leaders of France, the U.K. and Japan have put pressure on companies to make more medical supplies.

2009 This paper examines the potential for budget crowd‐out in state highway financing. Highway projects are funded primarily through state earmarked tax revenues and federal highway grants. Theoretically, these two sources of revenues could crowd‐out state general funds, freeing up these funds for other uses. Previous studies of highway funding show little evidence of significant crowd‐out, providing support for the “flypaper effect.” The empirical model of this paper better controls for the endogeneity of federal highway grants and state earmarked highway revenues than previous studies and results suggest little to no crowd‐out. Also, our study concludes that state budgeting decisions in the post‐Intermodal Surface and Transporation Efficiency Act era still support the “flypaper effect.”

2007 Currently, Michigan residents can avoid the national drinking age of 21 by crossing into Ontario, where the drinking age is 19. This paper explores the impact that border crossings, connecting areas with different minimum legal drinking ages (MLDA), have on motor‐vehicle fatalities. We analyse border crossings connecting Michigan to Ontario as well as to its surrounding states in the period in which Michigan's MLDA was raised to 21. Using a ‘differences‐in‐differences‐in‐differences’ approach, we find that the MLDA change did not contribute to increased underage fatalities in border‐crossing counties.

2005 The" entrepreneurial spirit" is something that has long been associated with the driving force behind economic progress and growth. Joseph Schumpeter (1942) stated that the key to the success of markets lies in the spirits of entrepreneurs who persist in developing new products and technologies, through a process he termed as" creative destruction." Kaiser (1990) modeled the entrepreneur on the basis of many historical characterizations, including the Schumpeterian innovator, and concluded that the major characteristics of the entrepreneur-innovator, risk taker, and resource allocator-are complementary and inseparable facets of entrepreneurship.

An Efficiency Comparison of City Managers and Elected Mayors*

2003 Previous research has concluded that there are no efficiency differences between elected mayor-council (EMC) and council-manager (CM) city governments. What remains then, is a puzzle as to why so many cities are switching from an EMC form to a CM form. This paper provides an alternative method of testing the relative efficiency of the two forms of government. Relying on capitalization theory of local public services and taxes, I develop a hedonic price model for home sales occurring in the six largest Ohio metropolitan areas. Results show that houses within a CM city have a pricing premium that can be attributed to the greater efficiency of the CM form of government.

2003 This dissertation is a collection of papers that features applications of public choice theory to the relationship between political constraints, incentives, and individual economic behavior. The first chapter introduces the two meanings of political constraints-(i) constraints self-imposed on the political process and (ii) constraints created by the political process; reviews the public choice literature on political constraints and incentives; and outlines the research agenda for the dissertation. Chapter 2 examines the possible inefficiencies that may be produced by politicians pursuing their own self interests by comparing two forms of city government. More specifically, comparisons are made between professionally trained city managers and popularly elected mayors, and results show that city managers have a relative efficiency advantage over elected mayors. Chapter 3 analyzes how minimum drinking age laws influence drinking behavior by examining the incentive for underage U.S. citizens to cross international border crossings to avoid the nationally uniform 21-year-old drinking age. Results show that the occurrence of alcohol-related motor-vehicle fatalities, the most serious outcome of mixing drinking and driving, increases as proximity to the nearest border crossing decreases. Chapter 4 enhances the reported link between entrepreneurship and economic growth, tests the causal relationship between venture funding and entrepreneurial activity, and ultimately reveals which policies create a good environment for entrepreneurship. Results show that entrepreneurial activity draws venture funding to an area, and not vice versa. Therefore, the results suggest that enacting policies consistent with economic freedom, such as low taxes, low regulations, and secure property rights that provide a good environment for attracting or developing individual entrepreneurs, are the appropriate economic development policies. Chapter 5 summarizes the major findings of the research chapters, reviews the importance of the major findings, and proposes areas of future research.