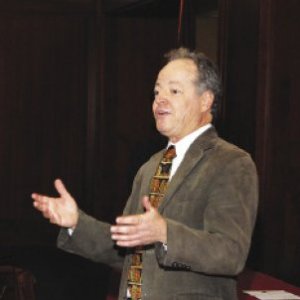 Steven Mailloux is President’s Professor of Rhetoric at Loyola Marymount University. Previously, he taught rhetoric, critical theory, and U.S. cultural studies as Professor of English and Comparative Literature and Chancellor’s Professor of Rhetoric at the University of California, Irvine. He also served in several administrative positions during his years at UCI including Associate Dean of Humanities for Graduate Study, Acting Director of the UC Humanities Research Institute, Director of the Critical Theory Emphasis, and Interim Chair of English and Comparative Literature. For the latter position, he received on-the-job training as Chair of English at Syracuse University when that department initiated a comprehensive reform of its literature curriculum in the direction of critical theory and cultural studies.

What do 16th-century Jesuit teaching methods mean for higher education today? That was the question that Steven Mailloux, Ph.D., addressed on Sept. 28 in “Eloquentia Imperfecta: Jesuit Rhetoric and Education in the 16th and 21st Centuries,” the inaugural Distinguished Guest Lecture sponsored by the Center for Teaching Excellence (CTE). 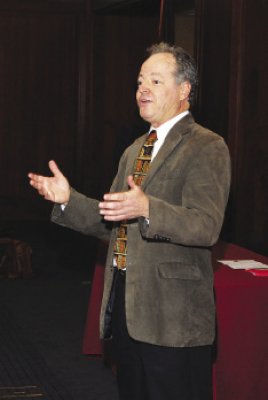