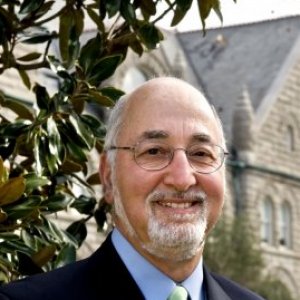 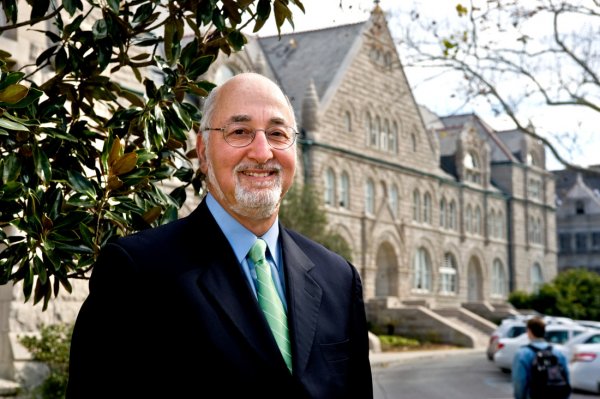 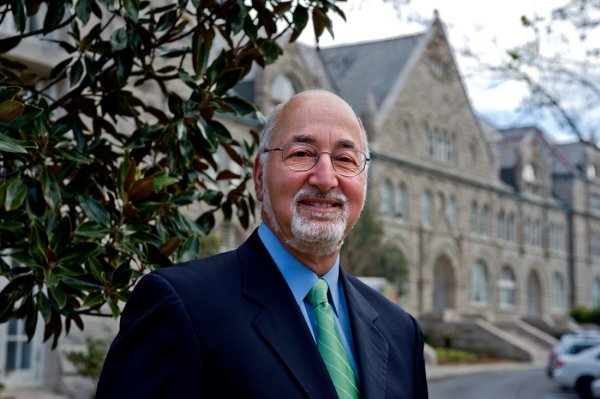 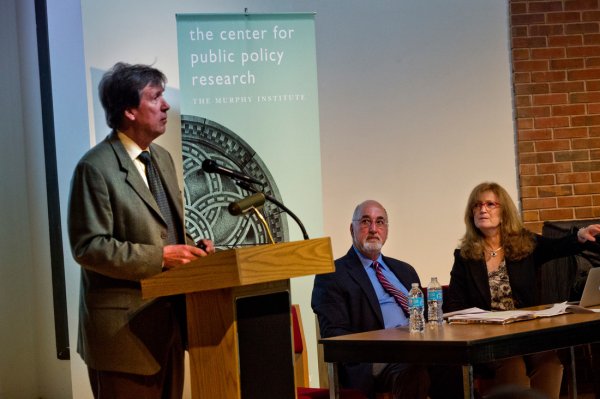 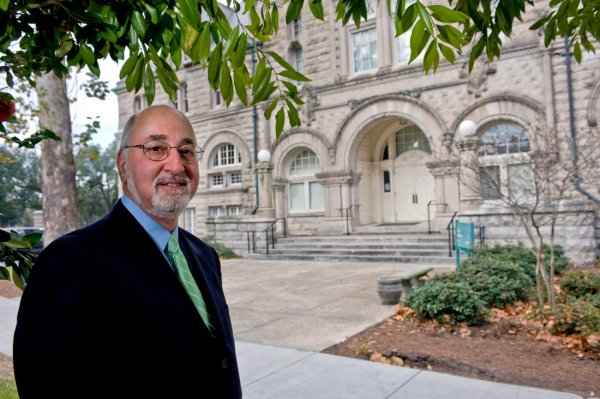 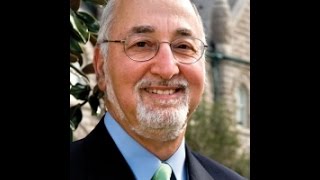 Steven M. Sheffrin is Professor of Economics and the Director of the Murphy Institute. He came to Tulane from UC Davis, where he was on the faculty from 1976 and served as dean of the division of social sciences from 1998 to 2008. Sheffrin has been a visiting professor at Nuffield College, University of Oxford, a postgraduate college specializing in the social sciences; the London School of Economics and Political Science (LSE); Princeton University; and Nanyang Technological University, Singapore.

Sheffrin holds a BA from the College of Social Studies, Wesleyan University, and a Ph.D. in economics from Massachusetts Institute of Technology. He is the author of 10 books and monographs and over 100 articles in the fields of macroeconomics, public finance and international economics. His book "Rational Expectations" (2nd edition, Cambridge University Press, 1996) is a highly regarded introduction to this important theory. Sheffrin is also the author (with Terri A. Sexton and Arthur O’Sullivan) of "Property Taxes and Tax Revolts: The Legacy of Proposition 13", as well as "Economics: Principles, Applications, and Tools" (with Arthur O’Sullivan and Stephen Perez), an introductory economics textbook (now in its 8th edition from Pearson Prentice Hall).

Sheffrin’s research on tax policy focuses on practical, policy-oriented issues, including property taxation, state corporate taxation, tax fairness and compliance. He has also served as a financial economist with the Office of Tax Policy Analysis, U.S Department of the Treasury and as a member of the Board of Directors of the National Tax Association. He is currently pursuing research on the foundations of fairness in taxation.

Tulane University economist Steven M. Sheffrin’s research sheds additional light on taxpayer anger. He focuses on the process of taxpaying, not just its outcomes. Taxpayers want to be treated with dignity and respect and have a voice in decision-making. They want to be able to look at various provisions of the tax code and decipher the underlying logic and justifications. They want to see the coherent and consistent application of a principle that defines one’s “fair share”...

Steven Sheffrin, an economics professor at Tulane, called the resulting structure a "bizarre byzantine system." "I think we're getting toward a consensus and the consensus is that we need to phase down the tax at the local level," Sheffrin, a member of the task force, said during Friday's meeting...

The changes “are good for consultants,” said Steven Sheffrin, a Tulane economist and tax expert...

Face It: Americans Just Don't Like The Estate Tax

I think liberals need to consider a different explanation— albeit a less encouraging one. In his 2013 book, Tax Fairness and Folk Justice, economist Steven Sheffrin takes a long, hard look at the estate tax. And he emerges with a somewhat different explanation for its flagging political fortunes. The estate tax is only a puzzle when we assume that redistribution is the only thing that matters to voters, Sheffrin suggests. In fact, Americans consider other issues when they think about taxing inherited wealth. Sheffrin organizes those issues under the rubric of "folk justice," which he defines as "the full constellation of attitudes that individuals hold in their daily lives about all dimensions of justice."

Film industry tax-credits study reports many benefits for Louisiana; critics not convinced credits are worth the cost

“It’s hard to believe; it’s a stretch,” said Steven Sheffrin, a Tulane economics professor — and director of the university’s Murphy Institute — who recently helped produce an analysis of Louisiana’s tax credits for the state Legislature...

2005 Standard models of taxpayer compliance have fallen short of predicting the degree of honesty found in the data. We contribute to the more recent literature assessing cultural factors in the decision to underreport. We find that there are two forms of possible misspecification in the current models of taxpayer compliance. First, we use econometric methods for detecting misclassification of the dependent variable in a probit model, applying them to a recent IRS-sponsored survey. We find evidence of misspecification, which may suggest that taxpayers are not fully truthful in their survey responses, a result that helps to reconcile findings from survey data with studies using other methods. Second, we divide the sample into those individuals who have an intense sense of ''tax morality'' and those who do not, in order to compare groups with differing tax cultures. We find that the two groups are indeed influenced differently by the factors that have been commonly found in the literature, such as opinions regarding the fairness of the tax system.

2004 This paper analyzes the recent experience with state budget deficits in the United States, with an in-depth analysis of the California experience. Compared to prior recessions, states were slower to make adjustments in taxes and spending this time. The paper explores a variety of reasons for this difference including changes in the legal, political, and institutional environments, the unusual increase in capital gains revenue during the boom preceding the recession, and the inherent difficulties in forecasting revenues, particularly those derived from capital income. As the case study from California illustrates, states made long term commitments from temporary revenue sources and were required to make budgetary decisions in the face of very incomplete information about current and projected tax receipts.

Complexity and Compliance: An Empirical Investigation

2002 Can a simplified United States tax system act as an effective deterrent to individual income tax evasion? Deterrence is usually sought through alternative methods that create fear, for example, increasing the probability of an audit. In contrast, this paper analyzes whether a simple tax system creates comfort and encourages compliance. Using data from the 1990 Taxpayer Opinion Survey, our approach is to estimate an empirical model that explores the connections between (i) taxpayer perceptions of the complexity of the tax system, (ii) taxpayer perceptions of the unfairness of the tax system, and (iii) taxpayer noncompliance. The results suggest that simplifying the tax system may not be an effective deterrent to tax evasion because taxpayers do not necessarily consider a complex tax system to be unfair.

2001 Purchasing a home involves a large and localized investment that leaves many families exposed to volatile house prices and at risk of losing their home equity. Price movements are typically not synchronized across cities, suggesting the potential for efficiency gains through risk sharing across households. In this paper, we consider the possibility of risk sharing through capital gains taxation. When full loss offset is permitted, potential gains and losses are reduced at the household level by taxation and distributed nationally, thereby allowing the tax authority to diversify away the local risks associated with owner-occupied housing. We simulate the effect of a capital gains tax with full loss offset on tenure choice and housing demand using micro-level data from the American Housing Survey, spanning ten years, from 1985 to 1995, and measures of time varying risk and return.