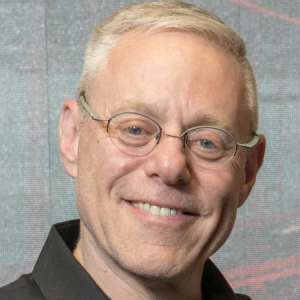 Incentives and Economics of Organizations

Theory of the Firm

Steve Tadelis is a Professor of Economics and Sarin Chair in Leadership and Strategy at Berkeley Haas. His research primarily revolves around e-commerce and the economics of the internet.

During the 2016-2017 academic year he was on leave at Amazon, where he applied economic research tools to a variety of product and business applications and worked with technologists, computer and ML scientists, and business leaders. During the 2011-2013 academic years he was on leave at eBay research labs, where he hired and led a team of research economists who focused on the economics of e-commerce, with particular attention to creating better matches of buyers and sellers; reducing market frictions by increasing trust and safety in eBay's marketplace; understanding the underlying value of different advertising and marketing strategies; and exploring the market benefits of different pricing structures.

Aside from the economics of e-commerce, his main fields of interest are the economics of incentives and organizations, industrial organization, and microeconomics. Some of his past research aspired to advance our understanding of the roles played by two central institutions—firms and contractual agreements—and how these institutions facilitate the creation of value. Within this broader framework, Tadelis explored firm reputation as a valuable, tradable asset; the effects of contract design and organizational form on firm behavior with applications to outsourcing and privatization; public and private sector procurement and award mechanisms; and the determinants of trust.

The shutdown may have serious consequences for federal workers. A paper by Prof. Steven Tadelis, James J. and Marianne B. Lowrey Chair in Business, found that a surprisingly high share of federal workers live paycheck to paycheck, with about a third having virtually no cash in their bank accounts on payday.

The chart that shows the financial peril facing federal workers

In an op-ed co-authored by Steven Tadelis, Professor of Economics, Business and Public Policy, he writes that a large majority of government workers don't have enough money in the bank to cover expenses for two weeks.

California's economy could suffer if the government shutdown drags into February

According to Steven Tadelis, Professor of Economics, Business and Public Policy and James J. and Marianne B. Lowrey Chair in Business, California's diverse economy will help it weather the shutdown. But he said it's possible that towns where a large percentage of federal workers are located could start to feel the pinch.

Self Check-Out: Love it or Hate it?

"Economics professor Steve Tadelis at UC Berkeley's Haas School of Business says once the kinks and wrinkles are out most people will adopt..."

A Nobel prize for economic theory you can understand

“We want them to raise our kids to be creative, to be mensches,” said economist Steve Tadelis of the Haas School of Business at UC Berkeley. “You will force them to just spend all their energy on that one thing, because that’s what they are getting paid for.”

Want to Pay Less in Your Online Shopping? Search More

"That is the implication of a new study that analyzed searching and shopping behavior among eBay users. It found that people search a lot more online than was previously thought, that more searching yields lower prices and that patient users in particular tend to search more and pay less..."

How Alexa, Siri, and Google Assistant Will Make Money Off You

'Still, the deep-pocketed progenitors of these virtual assistants probably aren’t very concerned about their business models just yet, says Steven Tadelis, a professor at the University of California, Berkeley, Haas Business School...'

'Steve Tadelis, an economics professor specializing in e-commerce at University of California Berkeley’s Haas School of Business, says Amazon’s prodigious expansion is cost-conscious and data-driven. By investing in machines in areas where the human touch adds friction and keeping the human touch where gut decision-making is needed, “in theory they could grow quite dramatically...”'

We study the effect of price salience on whether a product is purchased and, conditional on purchase, the quality purchased. Consistent with our theoretical predictions, we find that making the full purchase price salient to consumers reduces both the quality and quantity of goods purchased. The effect of salience on quality accounts for at least 28% of the overall revenue decline. Evidence shows that the effects persist beyond the first purchase and impact even experienced users. Detailed click-stream data shows that price-obfuscation makes price comparisons difficult and results in consumers spending more than they otherwise would. We also find that sellers respond to the increased price obfuscation by listing higher quality tickets. JEL classifications: C93, D12, D83, L11

Markets with asymmetric information will often employ third-party certification labels to distinguish between higher and lower quality transactions, yet little is known about the effects of certification policies on the evolution of markets. How does the stringency in quality certification affect the intensity and composition of entry, incumbents' reactions, and market outcomes? We use detailed administrative data and exploit a policy change on eBay to explore how a more selective certification policy affects entry and behavior across a rich set of online market segments. We find that after the policy change, entry increases and does so more intensely in markets where it is harder to become certified. The average quality of entrants also increases more in the more affected markets, while the quality distribution of entrants exhibits fatter tails ex post. Finally, some incumbents increase the quality of their service to maintain certification and deliver higher quality after the policy change. The results help inform the design of certification policies in electronic and other markets with asymmetric information. JEL classifications: D47, D82, L15, L86

Sequential Bargaining in the Field: Evidence from Millions of Online Bargaining Interactions

We study patterns of behavior in bilateral bargaining situations using a rich, new dataset describing over 88 million listings from eBay's Best Offer platform, with back-and-forth bargaining occurring in over 25 million of these listings. We document patterns of behavior and relate them to "rational" and "psychological" theories of bargaining and find that bargaining patterns are consistent with elements of both approaches. Most notably, players with more bargaining strength typically receive better outcomes, and players exhibit equitable behavior by making offers that split-the-difference between negotiating positions. We are publicly releasing this new dataset to support additional empirical bargaining research. JEL classifications: C78, D82, D83, M21

The Response of Consumer Spending to Changes in Gasoline Prices

This paper estimates how overall consumer spending responds to changes in gasoline prices. It uses the differential impact across consumers of the sudden, large drop in gasoline prices in 2014 for identification. This estimation strategy is implemented using comprehensive, daily transaction-level data for a large panel of individuals. The estimated marginal propensity to consume (MPC) is approximately one, a higher estimate than estimates found in less comprehensive or well-measured data. This estimate takes into account the elasticity of demand for gasoline and potential slow adjustment to changes in prices. The high MPC implies that changes in gasoline prices have large aggregate effects. JEL classifications: D12, D91, E21, H31

Expectation, Disappointment, and Exit: Evidence on Reference Point Formation from an Online Marketplace

We study expectation-based reference point formation using data from ascending auctions in an online marketplace. Our model formalizes the hypothesis that a disappointment-averse bidder who spends more time in the lead prior to a sudden loss will suffer a higher degree of disappointment. We find that for every additional day in the lead, bidders who lose abruptly are 6 percentage points more likely to exit the marketplace. In contrast, for losing bidders whose expectations are informed by higher competing bids, there is no effect. Also consistent with our model of platform exit, more experienced bidders show less sensitivity to disappointment. JEL classifications: D03, D47, D83

The Limits of Reputation in Platform Markets: An Empirical Analysis and Field Experiment

Reputation mechanisms used by platform markets suffer from two problems. First, buyers may draw conclusions about the quality of the platform from single transactions, causing a reputational externality. Second, reputation measures may be coarse or biased, preventing buyers from making proper inferences. We document these problems using eBay data and claim that platforms can benefit from identifying and promoting higher quality sellers. Using an unobservable measure of seller quality we demonstrate the benefits of our approach through a large-scale controlled experiment. Highlighting the importance of reputational externalities, we chart an agenda that aims to create more realistic models of platform markets. JEL classifications: D47, D82, L15, L21, L86 

Buying Reputation as a Signal of Quality: Evidence from an Online Marketplace

Reputation is critical to foster trust in online marketplaces, yet leaving feedback is a public good that can be under-provided unless buyers are rewarded for it. Signaling theory implies that only high quality sellers would reward buyers for truthful feedback. We explore this scope for signaling using Taobao's \reward-for-feedback" mechanism and find that items with rewards generate sales that are nearly 30% higher and are sold by higher quality sellers. The market design implication is that marketplaces can benefit from allowing sellers to use rewards to build reputations and signal their high quality in the process. JEL classifications: D47, D82, L15, L86 

The Power of Shame and the Rationality of Trust

A mounting number of studies suggest that individuals are not selfish, which perhaps explains the prevalence of trust among strangers. Models of players who care about their opponents' payoffs have been used to rationalize these facts. An alternative motive is that players care directly about how they are perceived by others. I propose and implement an experimental design that distinguishes perception motives from payoff motives. Participants not only exhibit concerns for perception, but they seem strategically rational by anticipating the change in behavior of their opponents. The approach can explain previously documented behaviors, both in the lab and in the field, and can shed light on some determinants of trust. JEL classifications C72, C91, D03, D82

Information Disclosure as a Matching Mechanism: Theory and Evidence from a Field Experiment American Economic Review

Auctions versus Negotiations in Procurement: An Empirical Analysis Journal of Law, Economics and Organization

How Individuals Respond to a Liquidity Shock: Evidence from the 2013 Government Shutdown Journal of Public Economics

Using comprehensive account records, this paper examines how individuals adjusted spending and saving in response to a temporary drop in liquidity due to the 2013 U.S. government shutdown. The shutdown cut paychecks by 40% for affected employees, which was recovered within 2 weeks. Because the shutdown affected only the timing of payments, it provides a distinctive experiment allowing estimates of the response to a liquidity shock holding income constant. Spending dropped sharply, implying a naïve estimate of 58 cents less spending for every dollar of lost liquidity. This estimate overstates the consumption response. While many individuals had low liquid assets, they used multiple sources of short-term liquidity to smooth consumption. Sources of short-term liquidity include delaying recurring payments such as for mortgages and credit card balances.

The Economics of Institutions