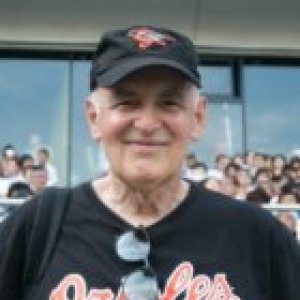 
Steven Wisensale, Ph.D., is an expert in sports and society as well as labor, gender,and race issues in professional sports.

Steven Wisensale is a Professor in the Department of Human Development and Family Studies at the University of Connecticut. 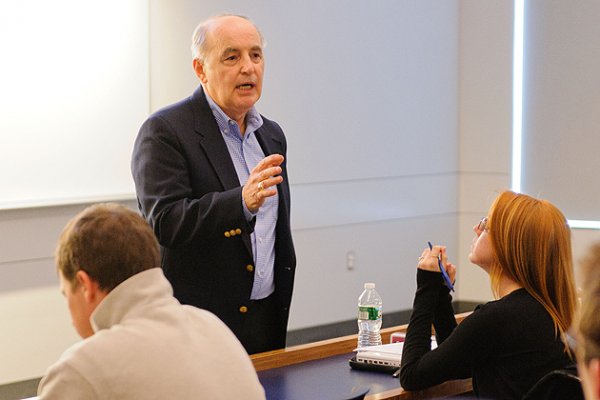 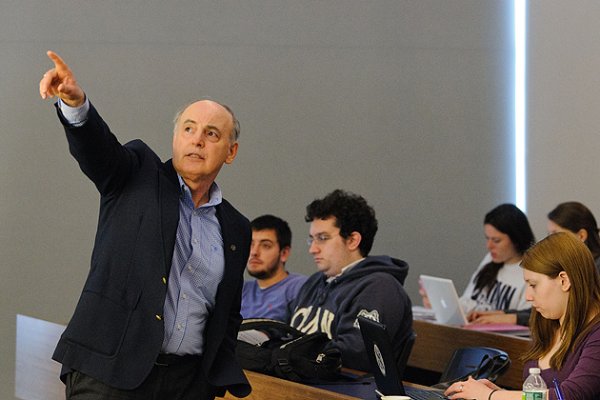 BASEBALL AND SOCIETY: POLITICS, ECONOMICS, RACE AND GENDER, University of Connecticut. Steven Wisensale cuts out the cruisers before they enroll. Students must apply for the course by writing an essay explaining their interest. After a careful reading, the professor picks 50 to 55 from a pool of 160 to 180. “In the end, I save unsuspecting students lots of trouble, and of course I save myself lots of trouble.” The course requires a nine-part portfolio, lots of reading and video viewing, and a major paper. “Everyone knows what the course is about, what’s in front of us, and why we are all together in one room talking about important issues disguised as baseball.”

"I don't think we can afford to wait for corporations, out of the goodness of their hearts, to come up with a policy," said Steven Wisensale, a professor at the University of Connecticut who has written on family leave policy. (...)

Since the 1960s, a handful of states have mandated paid maternity leave, framing pregnancy as a disability that allowed new mothers to be eligible for temporary disability insurance, says Steven Wisensale, a professor at the University of Connecticut who does research on family leave policy. (...)

"In Europe, it's parental leave," says Steven Wisensale, a professor of public policy at the University of Connecticut and the author of "Family Leave Policy: The Political Economy of Work and Family in America." (...)

Two Steps Forward, One Step Back: The Family and Medical Leave Act as Retrenchment Policy Review of Policy Research

This article discusses recent efforts by states to adopt paid family leave since the original passage of the Family and Medical Leave Act in 1993. In proposing their legislation, 21 of 26 states dropped the family component of the original law and, instead, reduced coverage to baby care or parental leave. I explore the potential policy implications of what appears to be a retrenchment of the FMLA, as it shifts from an emphasis on family (including care of elderly parents) to parental (baby care only). This discussion is particularly important in light of a growing aging population that will demand greater assistance from family caregivers who will most likely be in the workforce and in need of benefits such as family leave.

Marriage and family law in Vietnam has been greatly influenced by important historical events over the past 40 years. As a result, three major reforms have been implemented. The Marriage and Family Law of 1959 ended arranged marriages and polygamy and addressed the issue of gender equity. The Law on Marriage and the Family of 1986 clarified the legal obligations of married partners, identified more clearly parental responsibilities, and established new procedures for divorce. And, the 1994 Decree on Marriage and the Family was enacted to protect Vietnam's families from external influences and address concerns about rapid modernization. Lessons learned from Vietnam's experience may inform those researchers who are interested in studying family policy in other developing nations.

The White House and Congress on Child Care and Family Leave Policy: From Carter to Clinton Policy Studies Journal

Over the last two decades four presidents produced a variety of family policy initiatives with mixed results. Carter issued his nine-point plan on the family and convened the first White House Conference on Families in American history. Reagan created the White House Working Group on the Family and issued Executive Order 12606, which established family impact statements. George Bush continued many of Reagan's policies and pushed family values to near the top of the political agenda by 1992, and Bill Clinton set forth his eight-point plan on the family and moved quickly to reverse many of the policies of the Reagan-Bush era. Discussed is the role of the White House and Congress in shaping two family policy initiatives in particular: The Child Care and Development Block Grant of 1990 and the Family and Medical Leave Act of 1993.

As we move toward the 21st century, policymakers, researchers, and family life educators will be confronted with at least three important trends that will challenge the future existence and stability of families in the United States. First, the family is changing in structure and in composition, and is being redefined in legal terms as well. Second, the economic status of families has been on a steady decline that will probably continue for several decades. And third, major demographic shifts are producing a society that is more multiracial and older. Discussed here are the implications of these trends and recommendations for addressing them.

A national survey was conducted during the fall of 1988 to determine the extent to which state governments were actively involved in addressing family issues. Forty-two of the 50 states responded. Five states (California, Connecticut, Illinois, Massachusetts, and New York) were particularly active in proposing family-oriented legislation and in establishing special task forces on the family. The variety of approaches to family policy should prove helpful to researchers, policymakers, and practitioners.