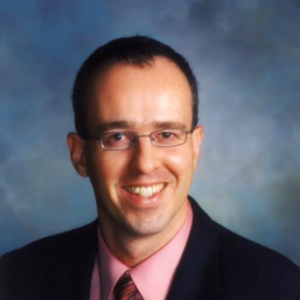 
Dr. Harris is an expert on modern Russian and European history.

As Russia’s influence becomes more pervasive in the West – affecting everything from our social media interactions to our democratic elections – Steven E. Harris’ expertise in modern Russian and European history has become increasingly sought-after.

In addition to teaching courses in UMW’s Department of History and American Studies, he’s currently working on projects on the late history of socialism, including a book entitled “Socialist Skies: Aeroflot and Its Passengers in the Soviet Jet Age” on the history of the “world’s largest airline” and how it evolved in three distinct political economies: the socialism of the East, the capitalism of the West and the postcolonial economies of the Global South. He received a Verville Fellowship from the National Air and Space Museum and a Waple Professorship from UMW to advance work on this book. Harris is also the author of “Communism on Tomorrow Street: Mass Housing and Everyday Life after Stalin,” which examines how Soviets’ move from overcrowded communal housing to single-family apartments fundamentally transformed the post-Stalinist “thaw” from an elite to a mass phenomenon.

Harris launched the collaborative research project Second World Urbanity with Daria Bocharnikova (University of Leuven/Center for the Fine Arts BOZAR) in 2012. The project explores the urban planning, architecture and lived experiences of cities past and present in the socialist Second World. The project has been brought to four conferences and has assembled experts from across disciplines who focus on cities from Havana to Dar Salaam, and Tashkent to Dalian. Harris co-authored a set of essays in the Journal of Urban History, entitled “Second World Urbanity: Infrastructures of Utopia and Really Existing Socialism.”

Soviet housing was famously drab. This Ukraine complex is all about color

Associate Professor of History and American Studies Steven Harris was quoted in the Los Angeles Times in an article about a new housing development in a residential area of Kiev, in Ukraine.

Wings of the Motherland: Soviet Aviation and Putin’s Russia with Steve Harris

The Soviet Union’s collapse in 1991 might have been expected to make Russia a liberal democracy; instead we see broad popular support for Putin’s undemocratic regime. Historian Steve Harris turns to aviation to offer new ways of understanding the Soviet past and Russia’s present.

2017 The disappearance of most state socialist regimes in 1989/1991 afforded scholars from a range of disciplines new opportunities to examine the history of socialist cities and their postsocialist transformations. Recent scholarship has focused particularly on such cities in their corresponding national contexts and with the passing of the Cold War, broader commonalities with the urban history of Western cities have come into sharper focus.

Soviet Mass Housing and the Communist Way of Life

Everyday Life in the Russian Past and Present

2015 In these original essays on long-term patterns of everyday life in prerevolutionary, Soviet, and contemporary Russia, distinguished scholars survey the cultural practices, power relations, and behaviors that characterized daily existence for Russians through the post-Soviet present.

"We Too Want To Live in Normal Apartments": Soviet Mass Housing and the Marginalization of the Elderly Under Khrushchev and Brezhnev

The Soviet and Post-Soviet Review

2005 In his short story, "The Exchange" (1969) the Soviet writer Yuri Trifonov explores a Muscovite family's struggle to leave the communal apartment they are forced to share with other families and move into a single-family, separate apartment of their own.

Everyday Life in the NEP, the Thaw, and the Communal Apartment