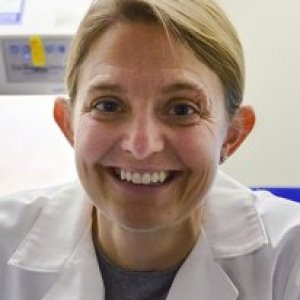 Dr. Stormy Chamberlain is an award-winning Assistant Professor of Genetics and Genome Sciences as well as the Associate Director of the Graduate Program in Genetics and Developmental Biology at the University of Connecticut. Her research focuses on angelman syndrome, genetics, and genome sciences.

Women of Innovation honoree in Research and Leadership (professional) 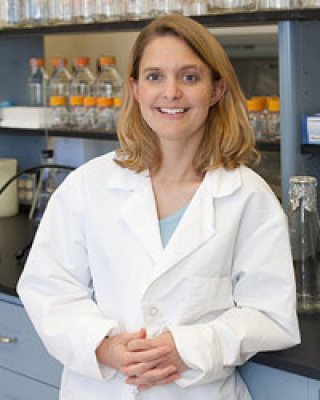 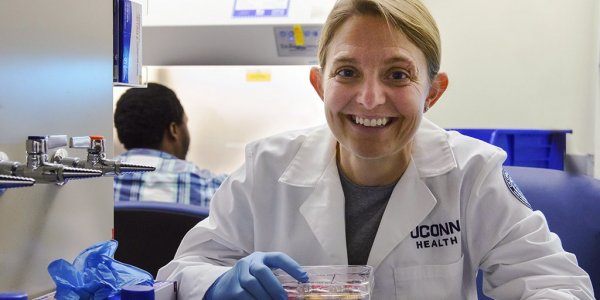 2017 Angelman syndrome (AS) is a neurogenetic disorder caused by deletion of the maternally inherited UBE3A allele and is characterized by developmental delay, intellectual disability, ataxia, seizures and a happy affect. Here, we explored the underlying pathophysiology using induced pluripotent stem cell-derived neurons from AS patients and unaffected controls. AS-derived neurons showed impaired maturation of resting membrane potential and action potential firing, decreased synaptic activity and reduced synaptic plasticity. These patient-specific differences were mimicked by knocking out UBE3A using CRISPR/Cas9 or by knocking down UBE3A using antisense oligonucleotides. Importantly, these phenotypes could be rescued by pharmacologically unsilencing paternal UBE3A expression.

RBFOX1 and RBFOX2 are dispensable in iPSCs and iPSC-derived neurons and do not contribute to neural-specific paternal UBE3A silencing.

2016 Angelman Syndrome (AS) is a rare neurodevelopmental disorder caused by loss of function of the maternally inherited copy of UBE3A, an imprinted gene expressed biallelically in most tissues, but expressed exclusively from the maternal allele in neurons. Active transcription of the neuron-specific long non-coding RNA (lncRNA), UBE3A-ATS, has been shown to silence paternal UBE3A. We hypothesized that alternative splicing factors RBFOX2 and RBFOX1 might mediate splicing changes and result in the transcription of UBE3A-ATS in neurons. We found that RBFOX2 and RBFOX1 both bind to UBE3A-ATS transcript in neurons, but are not required for gene expression and/or neuron-specific processing in the SNURF/SNRPN-UBE3A region.

Epigenetic regulation of UBE3A and roles in human neurodevelopmental disorders.

2016 The E3 ubiquitin ligase UBE3A, also known as E6-AP, has a multitude of ascribed functions and targets relevant to human health and disease. Epigenetic regulation of the UBE3A gene by parentally imprinted noncoding transcription within human chromosome 15q11.2-q13.3 is responsible for the maternal-specific effects of 15q11.2-q13.3 deletion or duplication disorders. Here, we review the evidence for diverse and emerging roles for UBE3A in the proteasome, synapse and nucleus in regulating protein stability and transcription as well as the current mechanistic understanding of UBE3A imprinting in neurons. Angelman and Dup15q syndromes as well as experimental models of these neurodevelopmental disorders are highlighted as improving understanding of UBE3A and its complex regulation for improving therapeutic strategies.

2014 Induced pluripotent stem cell (iPSC) technology has allowed for the invaluable modeling of many genetic disorders including disorders associated with genomic imprinting. Genomic imprinting involves differential DNA and histone methylation and results in allele-specific gene expression. Most of the epigenetic marks in somatic cells are erased and reestablished during the process of reprogramming into iPSCs. Therefore, in generating models of disorders associated with genomic imprinting, it is important to verify that the imprinting status and allele-specific gene expression patterns of the parental somatic cells are maintained in their derivative iPSCs. Here, we describe three techniques: DNA methylation analysis, allele-specific PCR, and RNA FISH, which we use to analyze genomic imprinting in iPSC models of neurogenetic disorders involving copy number variations of the chromosome 15q11-q13 region.