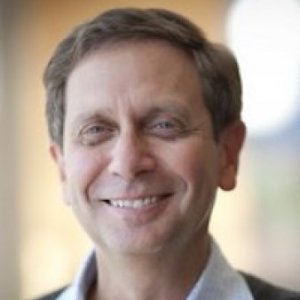 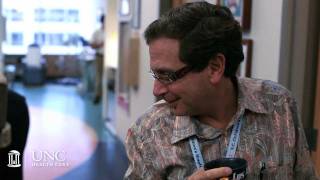 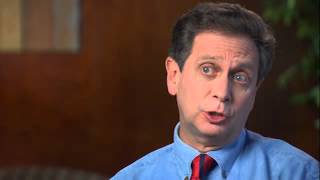 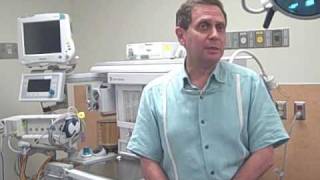 Dr. Stuart Gold and the Division of Pediatric Hematology-Oncology specialize in the diagnosis, treatment, and management of malignancies in children and adolescents. UNC Pediatrics and the Division of Hematology-Oncology are partnered with the Children’s Oncology Group (COG), as part of an international consortium. COG unites leading pediatric institutions in the United States and abroad to conduct clinical trials and laboratory research related to childhood cancers.

UNC Pediatric Oncology division chief Dr. Stuart Gold said the sound of the bell ringing gives children in treatment something to look forward to. "I think the kids are going to say 'look at little Johnny just rang the bell, in six months I'll be able to ring the bell!'" Gold said. "And I think you know, we try to give all of our families hope."...

Reelin' for Research does it again

The doctor entrusted by the organization, Dr. Stuart Gold, is chief of pediatric hematology and oncology at UNC-Chapel Hill and director of the same department at the Children’s Hospital. He has been a partner with the charity organization since Montana approached him six years ago. Then, Montana was only 28 years old and still mourning the death of his father, Tony Montana, from cancer in 2009. He came to Gold with the idea of starting up a nonprofit fishing tournament that would benefit cancer research, particularly for children. He dialed in on Morehead City for the location at which to make it all possible...

When they got to UNC they skipped registration and went straight into a room where they met Dr. Stuart Gold, considered one of the best pediatric oncologists on the East Coast. He told them that Ray had acute lymphoblastic leukemia—blood cancer that causes production of immature white blood cells to get out of hand. They build up in the bone marrow until there’s no room for healthy white blood cells, nor red blood cells and platelets, which are crucial to help the body fight infection, transport oxygen and stop bleeding. Leukemia itself doesn’t kill someone, but it destroys the body in so many ways that it eventually can’t function—it leads to massive fluid buildup that suffocates organs, eradicates the immune system so badly that the simplest sickness is devastating, and wrecks the healthy blood that carries oxygen around the body. In time, the body just gives out...

North Carolina Cancer Hospital at UNC pediatric oncologist Dr. Stuart Gold said the family's battle with cancer is very rare. "It's incredibly rare to have two kids with cancer in the same family. There are some types of cancer that do run in the family, but not in these particular areas," he said. There is a history of cancer in both parents' families, but geneticists have not been able to definitively cite that as a cause with either child. Gold said their prognosis is good, and most children beat cancer...

2011 Propranolol has become first-line therapy for the treatment of infantile hemangiomas in many centers. Of 302 children with hemangiomas seen at the University of North Carolina from 2008 through 2010, 15.6% were treated with oral propranolol alone, 5.6% with topical timolol (a propranolol derivative) alone, and 2.3% with both. The use of these agents increased over time from 7% of patients seen in 2008 to 54% of patients first seen in 2010. Starting doses of propranolol ranged from 0.25 to 1 mg/kg/d, with target doses of 1 to 4 mg/kg/d. Serious side effects, noted in 6/54 (10.9%) patients, included somnolence, bradycardia, hypotension, hypoglycemia, and mottling of extremities.The authors confirm the variation in use of propranolol for vascular lesions and extend experience with timolol. They suggest daily home monitoring of patients for the first 2 weeks of initiating or increasing doses. Frequent feeding of infants and young children on this drug is recommended.

2001 ABSTRACT: Overexpression of the HER-2/neu oncogene appears to have prognostic significance in breast cancer. Recently, some have reported a relationship between increased immunohistochemical expression in osteosarcoma and poor clinical outcome. Despite limited data, a pilot trial of Herceptin, which targets the oncogene product, has been initiated for the therapy of some metastatic osteosarcomas (CCG-P9852)...

2000 Social skills and psychological adjustment for survivors of childhood cancer were investigated. Cancer survivors included 42 children and adolescents ranging in age at evaluation from 6 to 18 years with a mean age of 13.1 years. Measures included teacher and parent ratings of social skills and adjustment and parent ratings of family functioning. The findings showed that social skills and psychological adjustment as rated by both parents and teachers were primarily associated with academic functioning. In addition, family cohesiveness was found to account for nearly one third of the variance in survivors' adjustment when rated by teachers, and length of time off treatment accounted for a significant percentage of the variance in children's adjustment when rated by parents...

1996 PURPOSE: The purpose of this study was to assess bone mineralization in survivors of childhood malignancies...