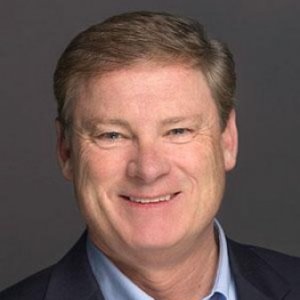 
An administrator who specializes in donor relations, fundraising and student enrollment

Stuart Jones serves as vice president for advancement and enrollment at Southern Utah University and is responsible for the development and alumni relations efforts of the University.

Jones currently directs the campus’s most ambitious fundraising effort to date: "The Future is Rising” campaign – a $100 million initiative seeking to increase funding for scholarships and endowments, enrich the student experience at SUU, and enhance campus facilities and amenities.

In addition to his work in higher education, Jones also practiced law with one of Utah's largest and oldest statewide law firms, worked as a judicial clerk for the United States Court of Claims in Washington, D.C., and served as a political campaign director for two successful U.S. Senate campaigns. He returned to SUU as the vice president for advancement in 2007, having served in similar positions at two northern California universities.

Jones earned a bachelor’s degree in political science from Southern Utah University, as well as a Master’s of Public Administration and a Juris Doctorate from the University of Utah. He also holds an MBA from Utah State University.

Man of the Year

Holding back his emotions at the conclusion of Southern Utah University’s Founders’ Day celebration Thursday, March 19, President Scott L Wyatt announced the largest single gift in the history of SUU’s — $7.5 million from the Dixie and Anne Leavitt Foundation. Stuart Jones, vice president for Advancement and Enrollment Services, said, “This gift kicks off our fundraising campaign for the new Business Building. With the momentum of the Leavitt’s gift, we have quickly secured a second donation of $500,000 and plan to raise an additional 3 or 4 million dollars toward the project.”

Raising a total $105.5 million to advance every facet of the institution, Southern Utah University is pleased to announce the completion of its $100 million The Future is Rising fundraising campaign, formally closed in the University's Founders Celebration and Campaign Finale Thursday evening.

According to Stuart Jones, SUU's vice president of advancement, who was actively fundraising in Seattle Tuesday, these expansions "will enable the university to match SUU's potential programming and services with the funding it needs to move forward as a leading university in the state of Utah." Jones' office targets both regional and national corporations and foundations, as well as Thunderbird alumni and community members to best accomplish funding needs and wishes to keep the school in line with its projected student success.

Southern Utah University is very excited to announce the completion of a search to fill the position of vice president for Advancement that was created by the transition of Mark Barton to a new role. Stuart Jones will become the next vice president of SUU’s Advancement efforts later this summer.