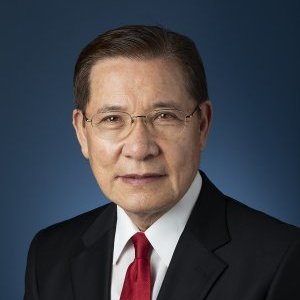 Sung Won Sohn is an internationally-known economist. Dr. Sohn is president of SS Economics, an economic consulting firm focused on the U.S. economy, international trade in the pacific-rim and technology including AI. Dr. Sohn was the President and Chief Executive Officer of Hanmi Financial Corporation, a commercial bank in Los Angeles. Before joining Hanmi in 2005, Dr. Sohn was an Executive Vice President and Chief Economic Officer at Wells Fargo Banks. He was also Vice Chairman of the Board at a retailer Forever 21. Dr. Sohn also serves as Commissioner for LACERS (Los Angeles City Employee Retirement System) and Chair of the Investment Committee, managing $17 billion in assets. He currently serves on the Board of Directors for Western Alliance Bancorporation, and National Association of Corporate Directors PSW.

Prior to Wells Fargo, Dr. Sohn was a Senior Economist on the President's Council of Economic Advisors in The White House. He was responsible for economic and legislative matters pertaining to The Federal Reserve and financial markets. Dr. Sohn has also been a tenured professor in Pennsylvania State University System.

He is the author of two books: Global Financial Crisis and Exit Strategy (2009) and The New Economy (2014).