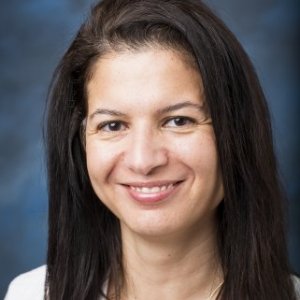 Susan Elkinawy is a finance professor with a focus on international and corporate finance. She also serves as chair of the Department of Finance. Prior to joining LMU's College of Business Administration faculty in 2003, she taught at the University of Oregon and worked for The Capital Group Companies, Inc. and Executive Life Insurance Company. Elkinawy was awarded the 2003 Roger Best/Donald Watson Teaching Award from the University of Oregon. She is an ad hoc reviewer for several journals and is a member of Beta Gamma Sigma.

The Effects of Executive, Firm, and Board Characteristics on Executive Exit

We estimate a hazard model of the probability of top corporate executives exiting their firms over the period 1996–2010. Our main findings are that: (1) female executives have greater likelihoods of exit than males, (2) the likelihood of exit increases with the independence of the board and decreases with the fraction of the board that is female and the average age of board members, and (3) a higher percentage of independent directors on the board lowers the probability of exit more for females than for males. Further, controlling for exit risk reduces the well-documented compensation differential between men and women.

Journal of Banking and Finance

Accelerated Vesting in Takeovers: The Impact on Shareholder Wealth

We study the impact of accelerated vesting of equity awards on takeovers, whereby the restricted stock and/or stock options of the target CEO immediately vest and become unrestricted upon the close of the acquisition. We find that takeover premiums are significantly larger when the target CEO receives the benefit of accelerated vesting as compared to target firms with CEO’s that continue to vest in their awards after the deal closes.

Gender differences in executive compensation: Variation with board gender composition and time

Journal of Economics and Business

This paper uses EXECUCOMP, COMPUSTAT and Investor's Responsibility Resource Center data to examine gender differences in executive salaries and total compensation from 1996 to 2004. We find that the salaries of female executives are about 5 percent lower than those of male executives, controlling for executive, firm, and board characteristics, and that the gap exists primarily in the lower officer ranks, where women are relatively highly concentrated.

The impact of gender on voluntary and involuntary executive departure

We examine the frequency and conditions of executive departure from S&P 1500 firms. Based upon published news reports, we find that female executives are more likely than male executives to depart their positions voluntarily and involuntarily in the presence of controls for firm performance, firm governance, and human capital.

The Changing Face of Korean Small and Medium-Sized Enterprises Management

The Changing Face of Korean Management

Although big business (e.g. the chaebol groups) is generally seen as the base of the 'Korean miracle of economic development, small and medium enterprises (SMs) have played an instrumental role in the growth of the South Korean economy.

Using data on dedicated Latin American mutual funds and nearly 1000 Latin American stocks during the Asian and Russian currency crises, I find that the effects of certain firm characteristics on mutual fund stock ownership are different than in non-crisis years. In response to crises, fund managers increase their holdings of cross-listed firms.