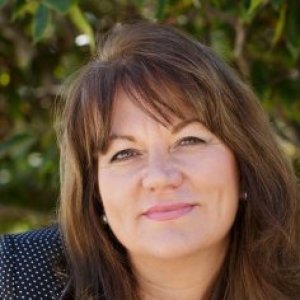 
Susan Mackey-Kallis, PhD, is an expert in film analysis and commentary, particularly in regard to pop culture. 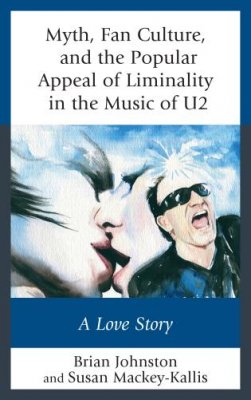 Villanova University communication professor Susan Mackey-Kallis noted that Mrs. Trump has given fewer speeches than either Mrs. Obama or Laura Bush, at least up until this point in the Trump presidency. “She seems far more uncomfortable taking a place on the public stage than did her predecessors,” Ms. Mackey-Kallis said. Media interest in the first lady’s whereabouts remains sky-high, she said. Witness the imbroglio surrounding Mrs. Trump’s extended public absence this year after kidney surgery.

Defining who is 'American' by the language they speak

When the Pew Research Center explored what traits are vital for people to be considered “one of us” in the United States and elsewhere, it found that majorities in every country believed speaking the dominant language was “very important.” By comparison, having been born in the country didn’t much matter. “It’s so central to our identity — how other people see us comes from when we open our mouths,” said Susan Mackey-Kallis, who teaches communication at Villanova University.

Susan Mackey-Kallis is a busy woman at Villanova University, outside of Philadelphia, Pennsylvania. Mackey-Kallis is an Associate Professor in Villanova’s Department of Communications. Like most professors in the United States, she has many responsibilities. Much of her job involves teaching classes on film, popular culture and the media. She also spends a lot of time doing research on those subjects. But there is another part of her job that does not get as much public attention: her service work for the school.

How Does Your Handshake Measure Up to Trump's 'clasp and Grab'?

Villanova University Communication Professor Susan Mackey-Kallis interpreted Trump’s handshake differently, also separating it out into two movements labelling them the “clasp and ‘yank’”. She explains that the two movements “could signify a desire for reducing the interpersonal distance between the two individuals”, but that it could also “unsettle” those on the receiving end because it “violates the typical interpersonal space norm of one-and-a-half to two feet (0.5-0.6 m) by pulling the other individual into the ‘intimate’ space zone of approximately zero to one-and-a-half feet (0.6 m).”

Of course, no one wants to lean on the crutches of "um" or "like" when we're speaking. Sometimes, we simply can't help it. Susan Mackey-Kallis, who teaches public speaking at at Villanova University, told The New York Times that these words tumble out of our mouths when we're trying to think of the next thing to say. As we are speaking, the cadence picks up, meaning our words get ahead of our thoughts.

So, Um, How Do You, Like, Stop Using Filler Words?

They often occur when we are trying to think of the next thing we are going to say, Susan Mackey-Kallis, an associate professor at Villanova University who teaches public speaking, said in an email. When stakes are high or we are nervous — in a job or media interview, or during a speech, presentation or conference call — we tend not to breathe as much and we talk faster, so our words get ahead of our thoughts, Lisa B. Marshall, a communications expert and the author of “Smart Talk: The Public Speaker’s Guide to Success in Every Situation,” said in an interview.

The City University of New York

U2, A Love Story: Myth, Fan Culture, and the Popular Appeal of Liminality (in press)

Lexington Books (an imprint of Rowman and Littlefield)

Johnston, B. and Mackey-Kallis, S

Face It: the Impact of Gender on Social Media Images

2012 Social websites like Facebook enable users to upload self-created digital images; it is therefore of interest to see how gender is performed in this domain. A panel used a literature review of pictorial features associated with gender traits, and a sample of Facebook pictures to assess gender stereotypes present in Facebook images. Traits emerging in greater prominence in pictures of males included active, dominant, and independent. Those prominent with female users included attractive and dependent. These findings generally conform to gender stereotypes found in prior research and extend the research regarding stereotypical gender traits displayed in professional media depictions to self-selected social media displays. They also extend the research on gender differences in impression management generally, in both interpersonal communication and social media, to include gender-specific traits that are part of young mens and women's impression management.

Who Would Have Dreamed that Movies Mattered So Much?

2010 The films examined in Jung and Film: Post Jungian Takes on the Moving Image, according to editors Christopher Hauke and Ian Alister, provide a type of collective therapy for their audiences, offer a neccessary corrective to the one-sidedness of consciousness, warn of the impact of the marginalization of the collective unconsciousness, and articulate what it means to be human in a postmodern world.

Stone Caught in the Crossfire

2010 This volume examines Oliver Stone the filmmaker and the debate over whether Stone is or is not an historian and, if so, what this means. This orientation, although allowing a healthy and often provocative polemic, often results in very little in-depth analysis of Stone's films; other volumes, such as Frank Beaver's Oliver Stone: Wake-up Cinema, Norman Kagan's The cinema of Oliver stone, and Susan Mackey-Kallis' Oliver Stone's America: Dreaming the Myth Outward provide more extensive film analysis and critique.

2009 This essay investigates the various narrative “logics” in the 18‐minute film that preceded Ronald Reagan's acceptance speech at the 1984 Republican National Convention. A close‐reading unravels the narrative and meta‐narrative structures of the film activated through ceremony and history. Viewers are invited to view the film as the story of the Reagan presidency (a personal narrative) and the story of a Western/American hero (a cultural narrative). These stories create an emotional experience that invites the audience to participate as celebrants and “everyday” heroes betstowing their blessing upon Ronald Reagan's bid for the presidency.