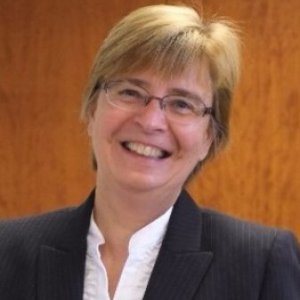 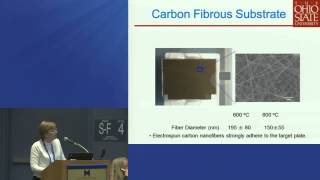 The central goal of my research program is to develop new analytical separation concepts that drive the field toward new levels of performance in speed to analysis and chromatographic efficiency. We develop new technology to lower the amount of a pollutant, small molecule or large molecule, or drug that can be detected in complex mixtures. This type of technology is often used in environmental analyses, as well as clinical and food analyses.

Susan Olesik received her A.S. from Vincennes University in 1975, B.A. from DePauw University in 1977, and Ph.D. in 1982 from the University of Wisconsin-Madison, under the auspices of James W. Taylor in field of analytical mass spectrometry. She was also a postdoctoral fellow for Milos Novotny at Indiana University from 1982-1884 and for Tomas Baer at University of North Carolina-Chapel Hill from 1984-1986. She has been a faculty member at The Ohio State University since 1986, being promoted to Associate Professor in 1992 and Professor in 1997. She is currently the Dow Professor and Chair of the Department of Chemistry and Biochemistry. She continues as the Director of the Ohio House of Science and Engineering (OHSE), a K-16 science outreach center. Her awards include: ACS 2014 Helen M Free Award for Public Outreach, 2014 ACS Award in Chromatography, 2012 AAAS Fellow, 2010 OSU Building Bridges Excellence Award, 2009 ACS Fellow, 2008 ACS National Award for Encouraging Disadvantaged Students into Careers in the Chemical Sciences; 2008 Stanley C. Israel Regional Award for Advancing Diversity in the Chemical Sciences; 2006 OSU Alumni Association Heinlen Award; 2005 Columbus Technical Council (CTC) Technical Person of the Year; 2004 ACS Columbus Section Award for Outstanding Achievement & Promotion of Chemical Sciences; 2000 AWISCO Woman in Science Award; and a commendation from NASA for contributing a GC Column to Cassini-Huygen’s probe.

What better way for kids to learn about Newton 's laws of motion than by building a marshmallow launcher? Or to study the life cycle of insects by watching a caterpillar change into a butterfly? For nearly a decade, Susan Olesik, professor of chemistry at Ohio State University, has been working to bring hands-on science experiments like these to elementary schools. Now her efforts have won her the "ACS Award for Encouraging Disadvantaged Students into Careers in the Chemical Sciences," given by the American Chemical Society. The society announced the award in the August 20, 2007 issue of the magazine Chemical & Engineering News.