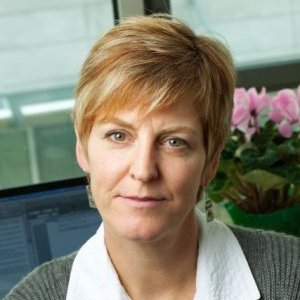 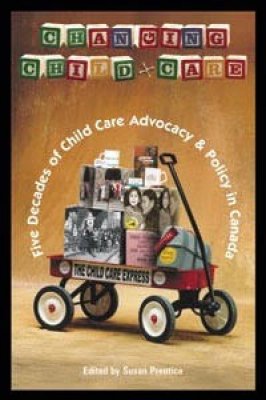 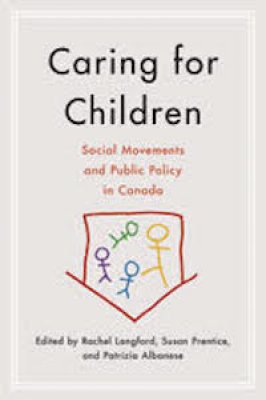 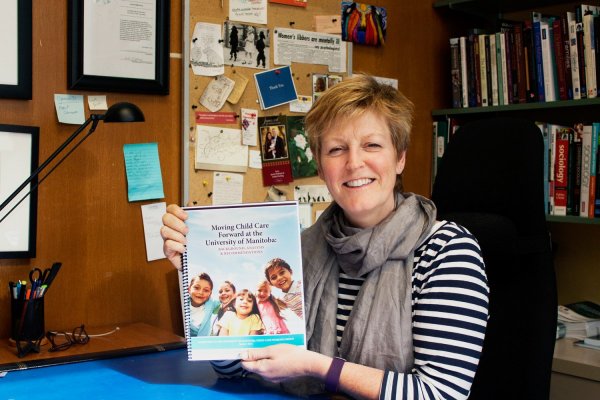 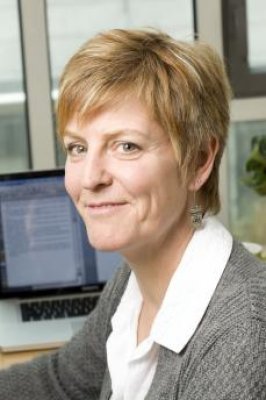 My research program begins with my concerns about social inequality and social change, and my interests in public policy and systemic discrimination. I work in two broad areas of scholarship, each of which I undertake with a critical focus on gender relations. I am trained as an historical sociologist, and so bring an historical as well as a sociological imagination to my work.

My primary specialization is contemporary and historical childcare policy and advocacy. Childcare provides a window into state-society relations at the exact moment where gender, family, work, social policy, market forces/privatization, and social movement organizing intersect, and these have been the focus of my research program. My secondary arena of specialization is higher education, where I am keen to understand how formally neutral institutions co-exist with inequality and marginalization.

My research program has recently turned to European policy debates and social movement struggles to promote and defend work-family reconciliation in hard economic times. I spent 2010-2011 in France, as a Senior Fellow at the Collegium de Lyon, Institut des études avancés, École normale supérieure, and returned to France in 2013 and again in 2016, to continue my research and language training. I am working hard to improve my French, and currently hold the DALF C1.

I practice public sociology and work closely with social movements. I believe community-university collaboration is a site of exciting scholarship and knowledge generation. I actively work on knowledge mobilization oriented to popular audiences, social movements, elected officials, decision makers and the media.

Manitoba's child-care system is staggering to meet the needs of parents and children, and recent signs give little confidence the new provincial government will respond effectively. Over a dozen community groups who are ready to proceed with building not-for-profit child-care spaces have had their promised provincial capital grants abruptly frozen, halting all expansion. Wait lists for child care in Manitoba are at an all-time high, at over 15,000 names up from 12,000 just two years ago...

Manitoba’s child-care system is struggling to meet the needs of parents and children, and recent signs give little confidence the new provincial government will respond effectively...

Ladies 20th: Study ranks Winnipeg low on best places to be a woman

“I think it’s important to be able to look at this through a gender lens but, as a woman, I’m troubled that we’re near the bottom,” University of Manitoba sociology professor Susan Prentice said Thursday. Victoria was No. 1, while Windsor, Ont., was last. “It looks like the (personal) security is related to violence against woman and that’s one of the biggest reasons why,” Prentice said...

In Winnipeg, British citizens were also absorbing the news. Susan Prentice, a professor at the University of Manitoba who has a dual Canadian-British passport, went to the Winnipeg International Jazz Festival last night and didn't stay up late to watch the results because she didn't think she had to worry. "This was a most unexpected outcome," she said. "i was calm. I was pretty sure it was going to be a non issue." She too awoke to find out she had been wrong. "I was very saddened," she said. "I'm distressed. I think it will introduce a lot of political and economic dysfunction. It's a loss for the UK."...

Susan Prentice, a sociology professor at the University of Manitoba who specializes in child care, said focusing on home daycares would do little to help those in need. Prentice said the number of home daycares nationwide has declined steadily. Manitoba has roughly 400 home daycares and it's unlikely the Tories would be able to buck the national trend and boost that number by 20 per cent in a year, she said. People who do operate a home daycare tend to do so only for a few years, which makes it a less stable form of child care, she added. "Putting the stress on family home child care is not the preferred way to think about responding to the child-care needs of most Manitobans," Prentice said. "It's really tinkering with the margins of the problem and not addressing the core of the issue of access."...

Early Childhood Conference: Leading in the Early Years in a New Era, organized by the Australian Council of Educational Leaders  Brisbane, Australia

Caring about Care: An Examination of Care in Canadian Childcare

This one-year project was a collaboration with Donna Lero (University of Guelph) and Martha Friendly (Childcare Resource and Research Unit).

This project, on which on which I was principal investigator ended in 2015 and was funded by SSHRC.

FemNorthNet: Learning From Women's Experiences Of Community Transformations as a Result of Economic Restructuring

A five-year (2010 - 2015) SSHRC Northern Communities CURA project. Jane Stinson, of the Canadian Research Institute for the Advancement of Women, led the large research team of community and university-based researchers. I worked with the Thompson community team as the academic coordinator and I co-led the social infrastructure research theme with Teresa Healy.

Beyond Baby Steps: Planning for a National Childcare System

2016 Justin Trudeau’s government has made big promises to Canadian families. In the federal budget of 2016, it declared that “high-quality, affordable child care is more than a convenience—it’s a necessity.” The government will be taking action, as the Minister of Families, Children and Social Development and the Minister of Indigenous and Northern Affairs develop agreements with provinces, territories and Indigenous communities to fulfill election commitments on child care.

ACEL: Journal of the Australian Council for Educational Leaders

Early Childhood Education and Care Reform in Canadian Provinces: Understanding the Role of Experts and Evidence in Policy Change

2016 Currently, BC, Ontario, Quebec, Nova Scotia, New Brunswick, and PEI fund and deliver full-day kindergarten (FDK) through public schools, and other jurisdictions are considering or are in the process of adopting the policy. FDK is presented as a way to support children’s early years in a context of the changing family.

There’s No Need to Fear a National Child Care Program.

2013 Parents desperate for a childcare space; sky-high fees; sometimes dangerous unlicensed arrangements; limited accountability – The Globe and Mail’s comprehensive Daycare Project sketched a bleak picture for families across Canada. It highlighted initiatives making a difference in two provinces; Quebec’s ambitious but still uneven work-in-progress and PEI’s more modest steps towards public management. The series reinforced the urgent need for high quality childcare experienced by families everywhere in Canada and underscored its benefits for families, children and the economy. The painfully obvious conclusion is that we need a national childcare program.

2008 In 2007, researchers "followed the money" to analyze the impact of childcare in Thompson, southwestern Parkland and in St-Pierre-Jolys. It was found that childcare is both an industry in its own right, as well as being an infrastructure that enables other sectors of the rural economy to function. The economic approach used complements long-standing evidence that confirms the value of childcare on children's development.

2010 Across Canadian campuses, ‘chilly climate’ reports are produced by feminists and other equity-seekers, and are opposed by those who dispute both the diagnosis and the prescription for action contained in them. This article explores the conceptual debate which underlies chilly climate clashes, examining the contested meaning and practice of equality, responsibility, and the proving and remedying of discrimination. An analysis of the discursive debate reveals much about the social organisation of inequality within the academy and the challenges which face equity-seekers.

High Stakes: The “Investable” Child and the Economic Reframing of Childcare

Signs: Journal of Women in Culture and Society

2009 The meaning of childcare services has long been contested. It has been breaktakingly malleable- from a nineteenth-century stigmatized welfare service to twentieth-century workfare, from children's gardens to centers for "eight-hour orphans", alternatively custodial or educational...

Journal of Children and Poverty

2007 High-quality child care is a boon for children and buffers some of the long-term negative effects of growing up in straitened circumstances. Yet, just one in seven Canadian children has access to regulated care. Within this, poor children have worse access and are over-represented in lower-quality care arrangements. Canada's policy architecture, as reviews of Winnipeg, Quebec, and Vancouver demonstrate, generates inequities of access and quality that reproduce neighborhood socioeconomic gradients of class and racialization. Poor children are systematically disadvantaged by a national approach that relies on privatized partnerships with the voluntary sector to implement public child care policy. Equalizing poor children's access to quality child care remains a pressing Canadian challenge, and will require policy and delivery redesign.

Childcare, co-production and the third sector in Canada

2006 This paper reviews Canada's market-based childcare 'system' and considers its capacity to deliver universal services. Canada mainly relies on parent-controlled centres for delivery, in the near absence of publicly-provided services. Canadian childcare is characterized by frustrated national and provincial policy capacity, a high degree of commercial childcare, inequities in service distribution, and the burdening of parent-users (particularly mothers). This form of co-production poses considerable problems for the federal government, which has recently declared its intention to build a national system of early learning and care. The policy architecture makes a national system of early learning and childcare structurally unobtainable. This gap between political vision and local feasibility is explained through an analysis of service delivery, management and policy development. The paper concludes that co-production must shift if Canada is to implement a universal early learning and childcare program, but warns such change does not appear to be forthcoming.